Working under Bibiano-sir made me a confident player, says Mohammedan striker Himanshu 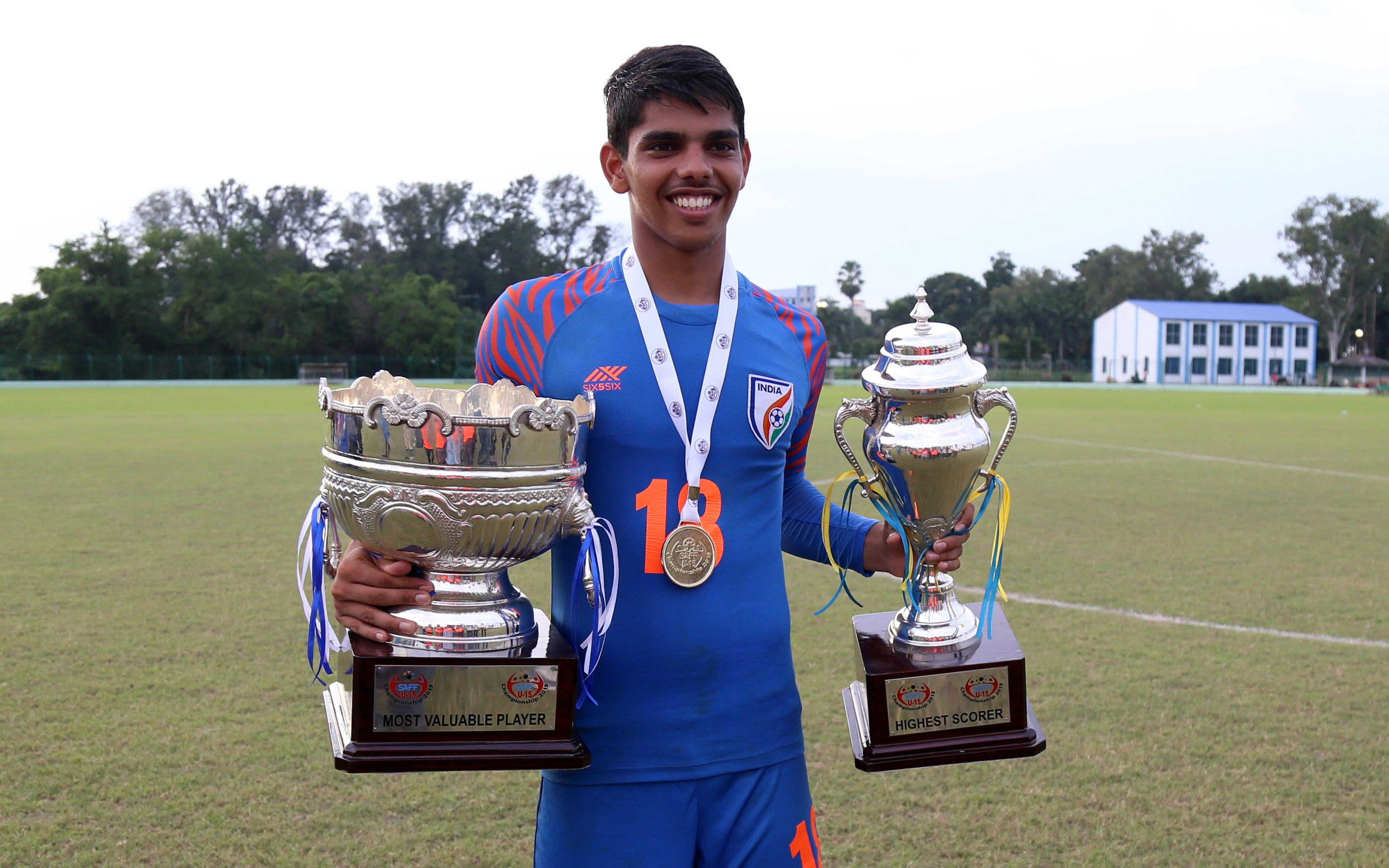 KOLKATA: With the Hero I-League Qualifier 2020 slated to kick-off on October 8, promising Himanshu Jangra, currently on contract with Mohammedan Sporting SC looks back to his U-16 National Team stint under Bibiano Fernandes which he feels “laid bedrock” for him. Jangra was part of India’s U-16 triumphant campaign in the U15 SAFF Championship in Kalyani two years back.

“I was maybe not as good when I had joined the National Team camp. But Bibiano-sir gave me a lot of confidence. I improved a lot under him,” Jangra reflected. “We had such competition for spots you had to be very disciplined in your off-field activities in order to improve on the pitch. Not a single minute that you get to play in a match is taken for granted. You have to earn every moment that you get,” he stated.

It was his performance with the national team that endeared Jangra to the fans in Kalyani during the India U-15 SAFF Championship last year. Himanshu came away from the tournament with the Top Scorer (seven goals) and the MVP awards.

“It was an amazing experience. We were playing in a junior championship, but the way the local fans supported us from the stands was incredible,” averred Jangra.

“It was monsoon, and we had a few torrential showers but people would still come to the stands in Kalyani and cheer for us. After the match, they would ask for autographs or selfies. I had never seen such a craze before. It was after this that I decided that I want to play for a Kolkata club one day,” said Jangra.

Having started training at Mohammedan last month, the young striker also made a mention of Trinidad and Tobago striker Willis Plaza maintaining that practising with Plaza has helped him learn a few more tricks. 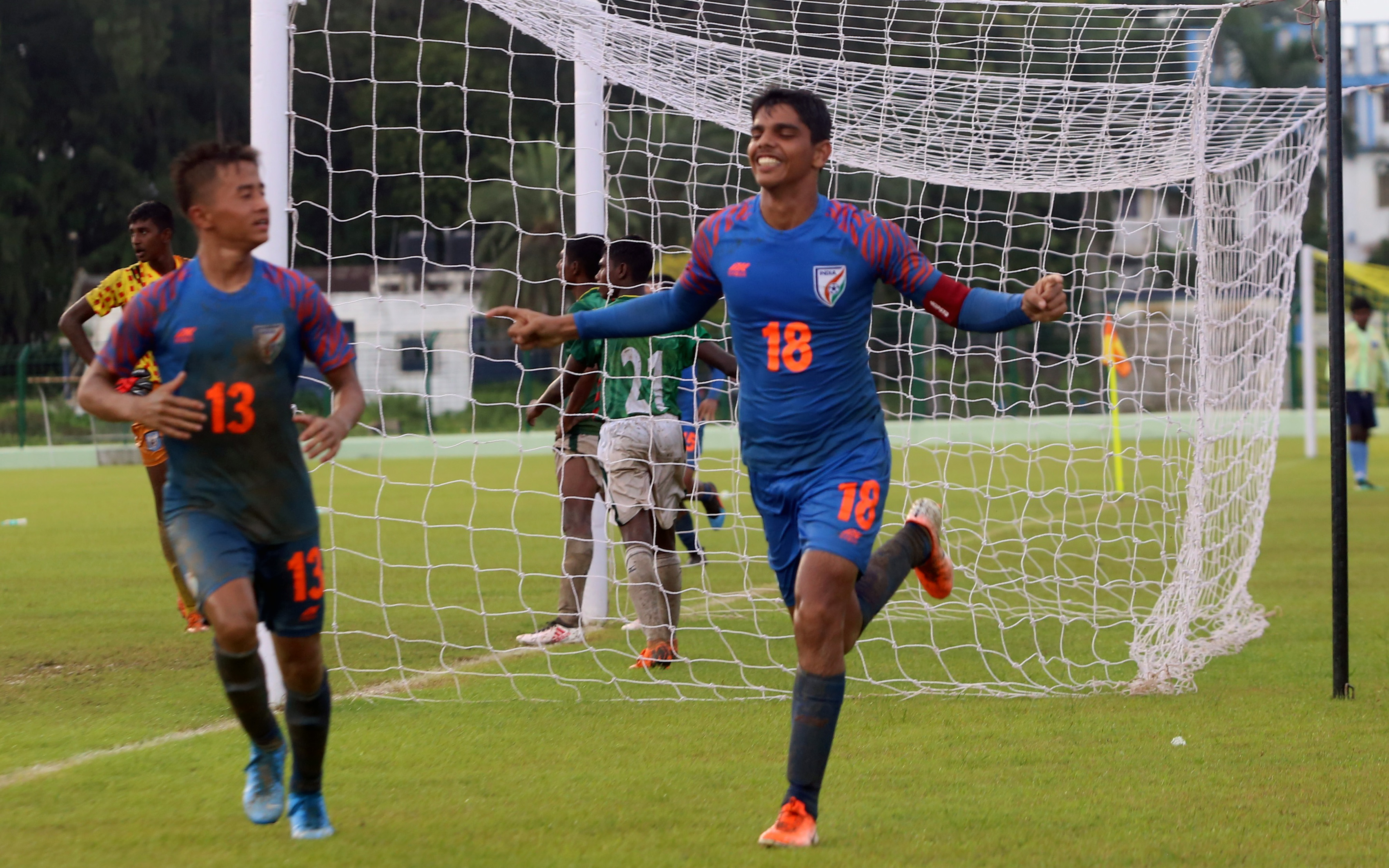 “I have gained a lot of confidence while training with Willis Plaza. We all know the quality that he has on the ball. But he’s also an absolute gentleman, and is extremely helpful in training as well,” Jangra said to i-league.org.

“He’s helped me work on my one-on-one finishing over the last few weeks. He told me that it’s all about confidence. Once you have things cleared out in your head, and have the belief that you can do it, it just becomes that much easier,” he said.

“Our team has been shaping up pretty well over the last few weeks. We are getting back to fitness, and it is now a matter of converting our training into results on the pitch, once the tournament gets underway,” he continued.

The 16-year-old forward, who hails from Haryana, has already had a lot of good memories in Kolkata and the surrounding towns.

“Bengal has really been a special place for me. I won the SAFF U-15 in Kalyani. Perhaps there’s an extra bit of motivation that comes into play when you see such passionate crowds cheering you on,” said Jangra. “There won’t be any fans in the stands this time sadly, but it is for the safety of everyone involved.”

“There’s a reason why we have so many COVID Safety protocols, and proper compliance with the same would mean that we can all play football in a safe environment once again. Once the pandemic is over, we can once again look forward to all the love we get from the stands,” he said.