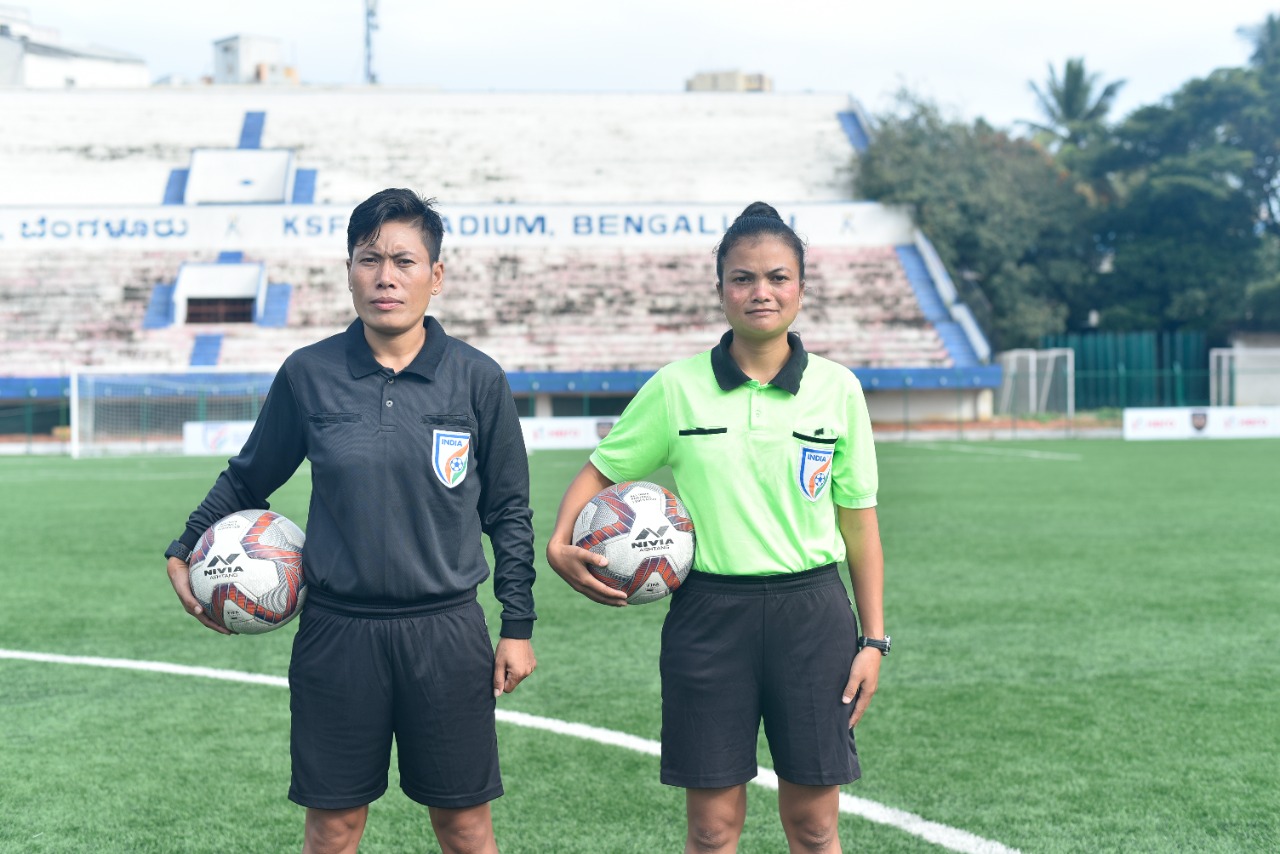 BENGALURU: The beautiful game may often be harsh to the referees, who, much like the players, are tireless in their efforts to improve their own performances on the pitch. The Hero I-League Qualifiers 2021 brought something new to men’s football at the national level – women referees.

Busting the myths that women cannot officiate in a men’s game, are two female officials – referee Ranjita Devi Tekcham and assistant referee Ri-iolang Dhar. Both being former footballers in their states, Manipur and Meghalaya, respectively, they have now found a way of remaining connected to the beautiful game through refereeing.

Ranjita Devi, who was a player back in her younger days, was inspired by her brother to take up refereeing.

“My brother was an inspiration to me. He could not become a national level referee himself for different reasons, but he inspired me to become a referee,” Ranjita said to i-league.org.

“He gave me full support to follow our dream, and I was able to become a national and then international level referee,” said the 36-year-old, who became a National referee in 2016, and joined the FIFA panel in 2018. “My brother spent a lot of time to help me. I had to work hard, but he also worked hard with me so that I could realise this dream — our dream.”

For 31-year-old Ri-iolang Dhar, who has also been a player, and had represented her state at the national level, becoming a referee was a way of staying connected with football. 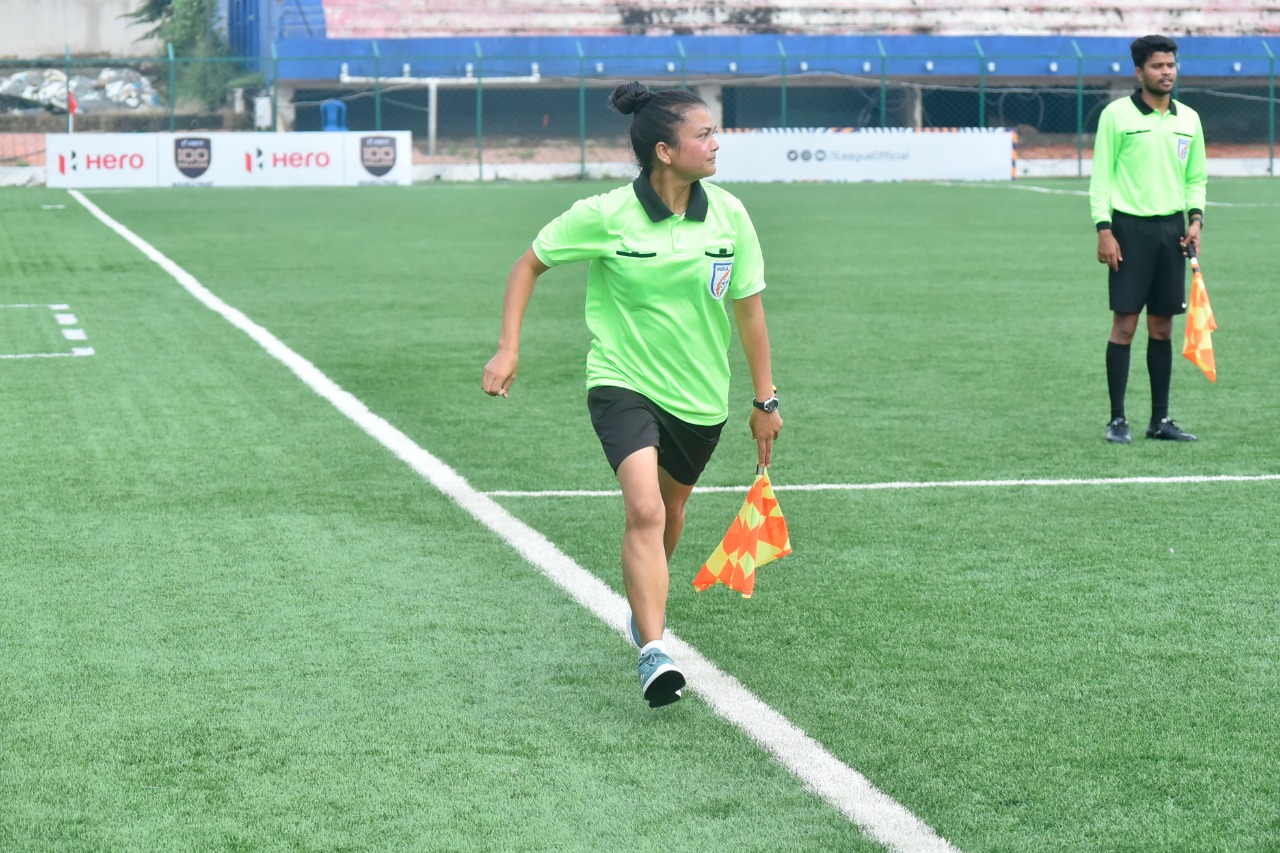 “When I had stopped playing, I felt very disconnected from the game. I soon realised that I could not stay away from football for too long, so when the opportunity to become a referee came along, I decided to take it up,” said Dhar, who became a National referee in 2017, before becoming a FIFA panel referee the following year.

While both the officials have officiated in international matches, taking to the field in the men’s game at the national level was an altogether different experience for both.

“The pace is very different from the women’s game, so we have to be at the top of our fitness,” says Ri-iolang.

Ranjita herself takes a lot of tips from the Referee Assessors in terms of using their experience to help her on the pitch.

“Men’s matches are quite different from a referee’s point of view. Fitness is obviously a key factor, but we also take a lot of help from our senior referees or Referee Assessors,” said Ranjita. 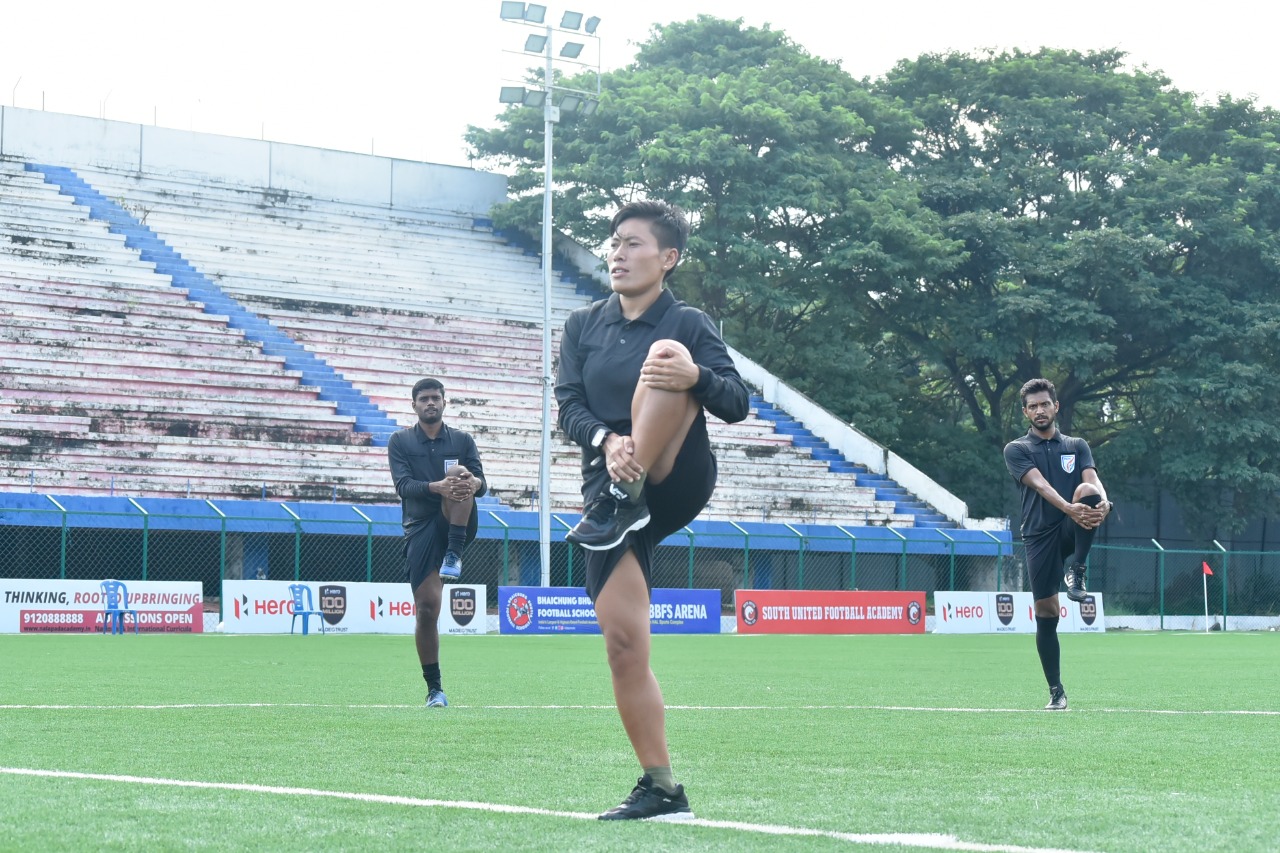 “It’s not just the pace, but the physical aspect as well. There are a lot more body challenges in the men’s game, which means that tempers could also run high during a match. It’s all upto us referees to maintain control of the situations in such cases,” said Dhar. “The first match I did here was a little tricky for me, but it was a good learning experience. From the second match onwards, it all felt natural.”

“I want to use this experience and become an even better referee in both men’s and women’s matches as well,” smiled Dhar.

With both Ranjita Devi and Ri-iolang Dhar leading the way, the future for the women referees looks bright in India. To add to that, India hosting the AFC Women’s Asian Cup and the FIFA U-17 Women’s World Cup next year will also add to the inclusion of more women in the Beautiful Game.

“Refereeing is such a wonderful way of staying connected to the game, even though you may not be playing it,” said Dhar. “We want more women to come up and take Indian Football forward together as referees.”