Willis Plaza stars on comeback as Churchill cruise past Neroca 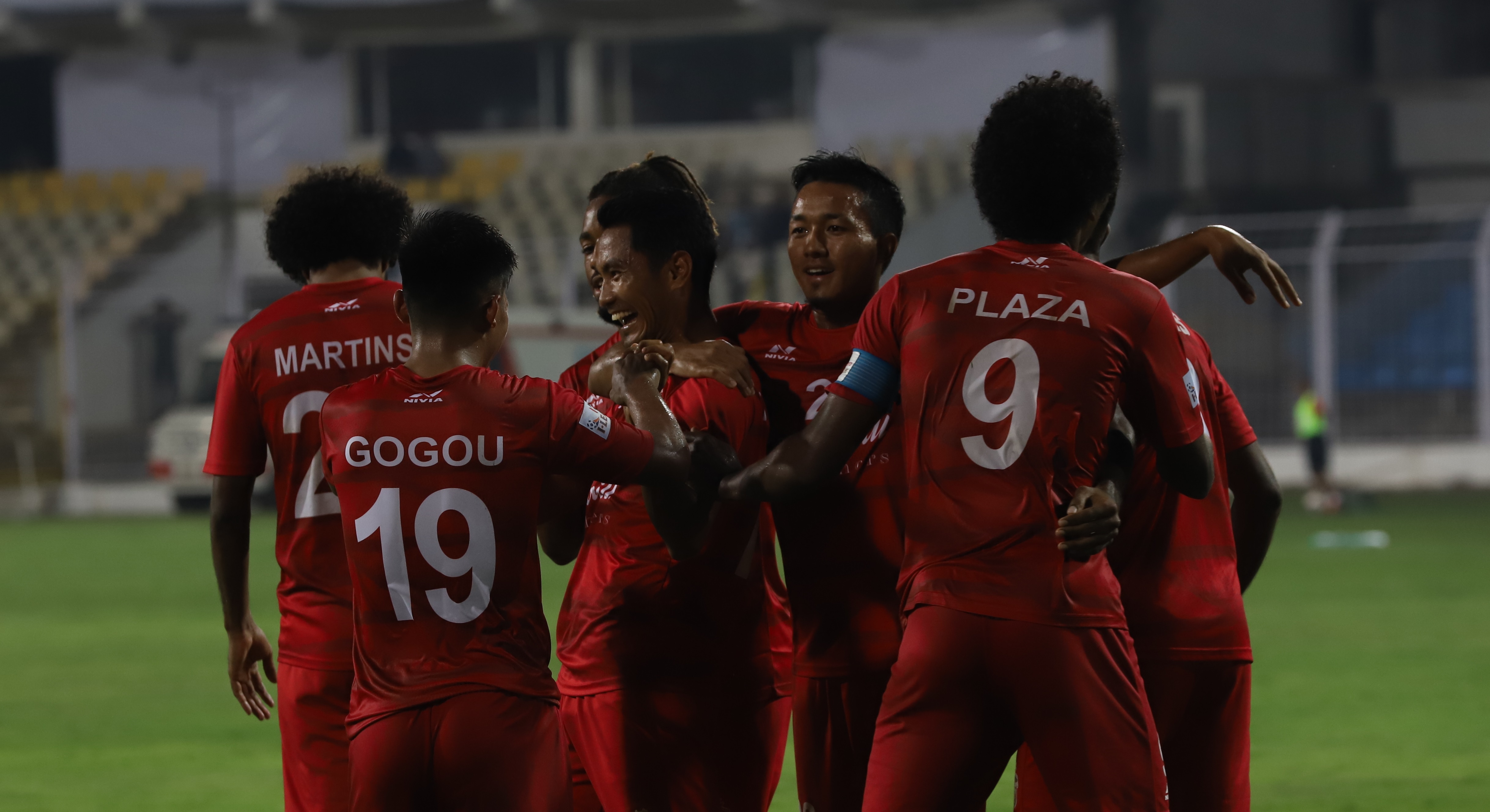 Goa, February 2, 2020: The Hero I-League encounter between Churchill Brothers FC Goa and Neroca FC on Sunday ended in a 4-1 win for the home team. Willis Plaza lived up to his reputation with a goal and two assists on the night as the Red Machines came through with flying colours with an attacking masterclass.

Churchill Brothers now have 13 points from eight games and are placed fifth on the points table.

It was a day of comebacks for both the teams, as the home team saw the return of star striker Willis Deon Plaza, who wasn’t part of the loss that the Red Machines suffered against Gokulam Kerala FC away from home.

Neroca FC, on the other hand, saw the return of Singam Subhash Singh — their hero from the first season in the league, who made a move in the January transfer window from Real Kashmir FC.

The first half started with high-intensity action as the home team drew first blood from a corner in the 5th minute. The corner found an unmarked Ponif Vaz in front of the goal who smashed it home for his team to give them an early lead.

It was very hard to choose between both the teams as they were going toe-to-toe with little to separate them in terms of possession. Neroca’s efforts finally paid off to get an equaliser when the ball fell to forward Philip Tettey, who dribbled past one defender and then James Kithan in the Churchill goal to score a praiseworthy goal with 26 minutes on the clock.

With a goal apiece, Churchill were eager to go in the lead and resorted to a high-pressing game and it worked to their advantage as a through ball on the left side of the box found Willis Plaza and he cut inside the box but was fouled by Roshan Singh, which led to a penalty.

Willis Plaza put the ball in the back of the net from the spot without much hassle and Churchill again led at home in the 35th minute.

There was action down to the last minute of the half as Plaza was again through because of a mistake by Marvin Phillip in the Neroca goal. This time though, his first touch let him down and gave time to Neroca to regroup and they partially cleared the ball, which fell to Dawda Ceesay but his curled shot from the corner of the box went over the goal.

The first opportunity of the second half came for Neroca in the 54th minute. Tettey was through in a one-on-one but his shot was straight at Kithan in the Churchill goal, who made a crucial save.

Plaza, who was looking in scintillating form, pulled out another class act. His perfect through ball spotted Vinil Poojary in the 65th minute and resulted in a one-on-one situation as Poojary went around the keeper and netted the ball for the third goal.

The game was opening up even more now and in a two-minute span near the 70th minute, there were chances at both ends of the field but both goalkeepers showed their class and made acrobatic saves to pull their teams out of danger.

There was icing on the cake for the Red Machines in added time as second-half substitute Israil Gurung got in the act. It was again the captain Plaza who came up with the assist and a volleyed shot by the mid-fielder flew into the back of the net with the clock striking 90+1’.

James Kithan from Churchill Brothers FC Goa was awarded the Hero of the Match for his amazing performance in front of the goal.