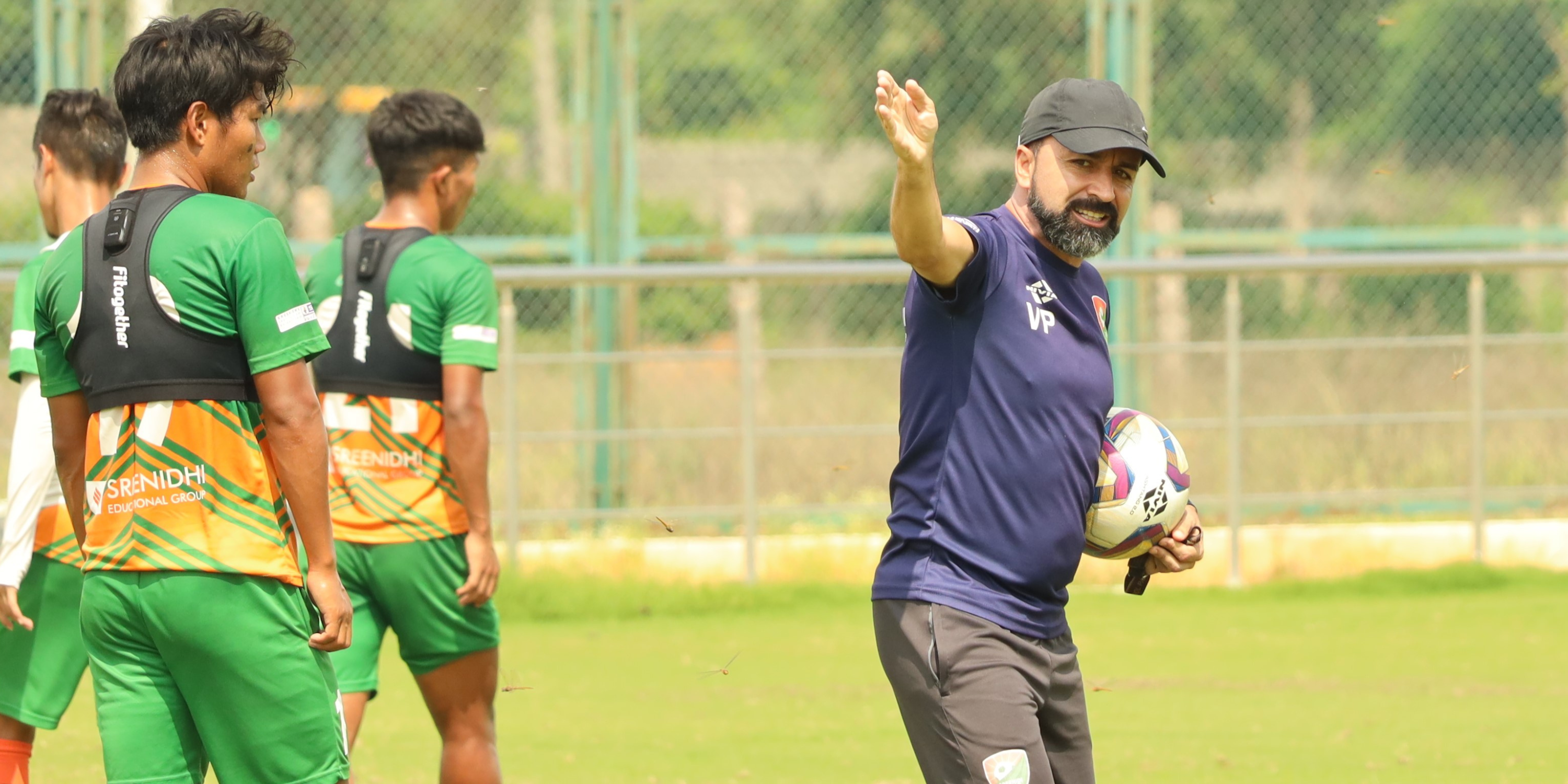 NEW DELHI: Sreenidi Deccan FC will be watched keenly in the forthcoming season after a strong performance in the previous Hero I-League that saw them finishing third on the points table. After an encouraging debut season, it is natural the Sreenidi Deccan will be determined to perform even better under the new leadership of chief coach Carlos Vaz Pinto.

The Portuguese manager has previously worked with multiple clubs across different countries in the past decade. In his last stint as a head coach, Pinto won the FKF President’s Cup in 2021 with the Kenyan club Gor Mahia.

“I am adapting well because the club has done everything to make me feel at home. Also, I have prior experience of working outside my home country which made it slightly easier as well.” Pinto said in a candid chat with www.i-league.org.

Sreenidi Deccan enjoyed a fruitful pre-season as they faced some of the top clubs in India. On being asked about the club’s preparations, Pinto commented, “Pre-season is always about preparations but results are also important as they give us confidence going into the season. It is true that we did well against some teams from the ISL but this is not important now. Now, it is important to look towards the future, believe in our process and grow together as a team and believe that we can develop players.”

Sreenidi Deccan saw the departure of their key defender Lalchungnunga as he left for East Bengal FC. They roped in the Mizo forward Ramhlunchhunga on loan from Hyderabad FC, while the experienced midfielder Faysal Shayesteh also joined the club.

Sreenidi Deccan finished third last year in their debut season, raising the bar of expectations. However, the coach feels “whatever happened last season will not affect the players. This season is a new story, with new players, and new targets. Players also have their individual goals. Because of all these things, there isn’t really any pressure for us.”

Asked on the traditional home and away format that returns to I-league after two years this season, Carlos Vaz Pinto said: “the last two years were difficult everywhere, especially for the fans who could not go to the stadium to enjoy. Their coming back is important for the clubs and the players because football without fans is nothing.”

Pinto plans “to develop players and help the team to grow.” He added that the team will “fight for first place as well”. Pinto seeks to develop local talent so that “the National Team grows stronger”.

The Deccan Warriors will play their home games at the Deccan Arena in Hyderabad which was recently inaugurated by the AIFF President Mr Kalyan Chaubey. They will begin their campaign on November 14  as they face Roundglass Punjab FC at the Tau Devi Lal Football Stadium in Panchkula.