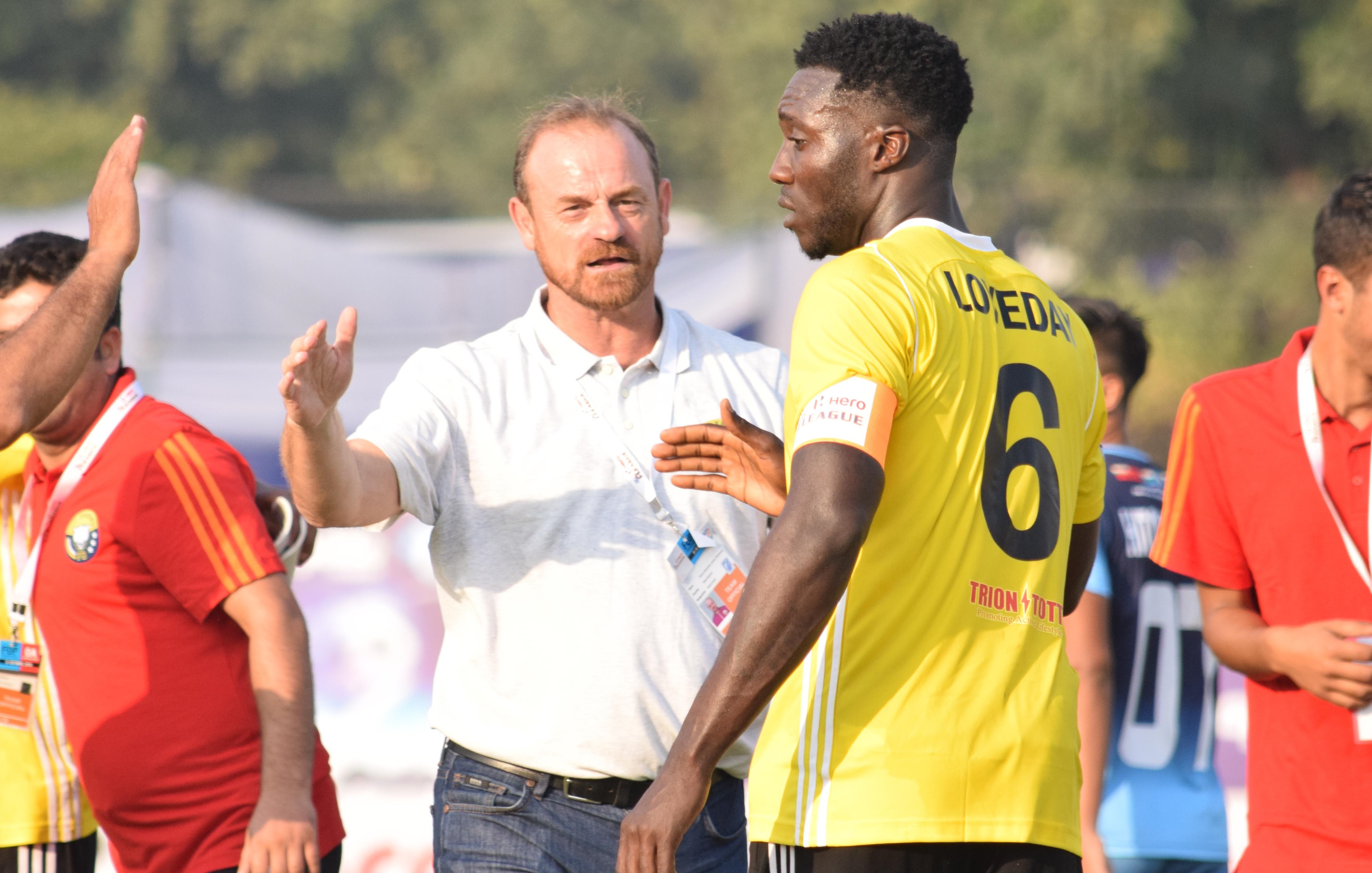 NEW DELHI: Real Kashmir FC’s fairytale run in the Hero I-League last season was one of the defining storylines of the campaign and with the latest edition on the horizon, the Snow Leopards are looking to build on their third-place finish in 2018/19 where they won 10 out of their 20 matches in the league in what was their first-ever season in the top flight.

“We really set the standard with our display last season,” stated head coach David Robertson, who is a six-time Scottish Premier Division champion as a player with Rangers and took over the reins at the Kashmiri club in 2017 when they were part of the Hero 2nd Division League.

“This season, the expectations will be more and there will be greater pressure. Anything less than a third-place will be a disappointment,” he affirmed in a conversation with www.i-league.org.

The squad has retained a majority of its players from the previous campaign and has made some shrewd signings in the form of former NEROCA attacker Subash Singh, Englishman Kallum Higginbotham and ex-Churchill Brothers man Chesterpaul Lyngdoh, among others.

According to coach Robertson, these additions should help Real Kashmir find the back of the net more – with lack of goals being an issue the side faced last year. “Subash brings a lot of experience to the team and Kallum is a seasoned campaigner who has played at a high level consistently. With Chesterpaul also in the side now, we have a lot more attacking options and this will translate into more goals hopefully, which was an area where we didn’t do much last season,” he said.

The Snow Leopards will head into the new league season high on confidence after a strong display in the Durand Cup in August, where they got the better of Hero I-League champions Chennai City FC and reached the semifinals, where they went down fighting in extra time to Mohun Bagan.

Robertson said, “We came in to play after a gap of time and were able to find the back of the net consistently. We weren’t fit enough to last the full extra-time period against Mohun Bagan but I’m happy with the way the team did.

“The main target is the Hero I-League and we are working hard to prepare for it. We have had a lot of time in pre-season to gear up and the whole team is looking forward to the new season,” he concluded.