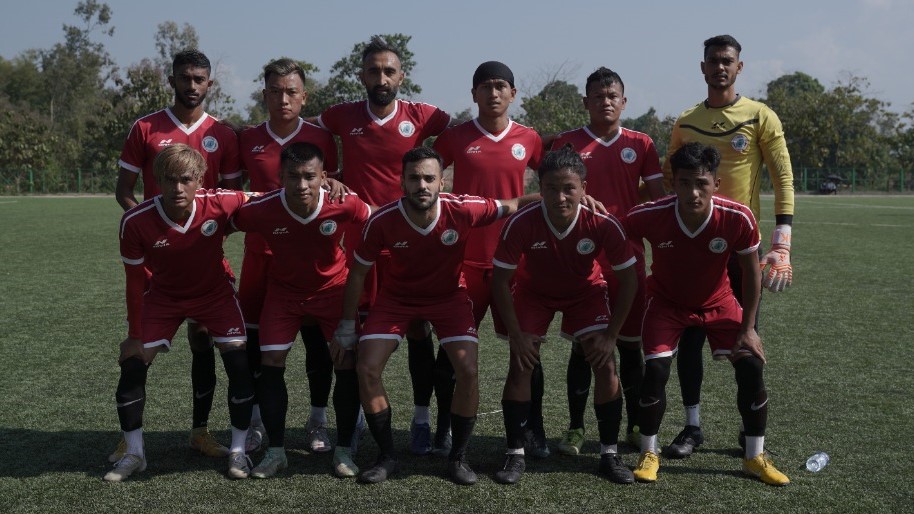 KOLKATA: After a disappointing season, Neroca FC aims for a fresh start in the upcoming Hero I-League 2021-22 season. Newly appointed head coach, W. Khogen Singh was present alongside the two leaders of the team, Mohamad Kdouh and Shubham Dhas, at a virtual press conference where they answered questions by the journalists.

One of the captains of Neroca FC, Mohamad Kdouh has set his sights on some personal targets as well as building a winning mentality in the club for the upcoming campaign. The Lebanon striker, who has been with the club for a couple of months said, ” It has been a great experience with the coach in my short time here so far. He has improved the team a lot. We have young players a lot of young players and they need time. The coach is very patient with the players and our results in the friendlies clearly indicate that we are improving as a club.”

When asked about his personal goals for the season as a centre-forward, Mohamad said, “My job as a central striker is to score goals for the team and score as many as possible.” “However, besides that, I want to help the team as I have played in different countries. I want to build a winning mentality in the team with my experience,” added Kdouh.

The co-captain of Neroca FC, goalkeeper Shubham Dhas, has joined Neroca after spending three years with FC Goa in the Hero Indian Super League. When asked about his stint with the club so far, he said, “I have had a great pre-season with the coach. He motivates all the players and I am working hard and will also use all my experience to give the best for the club.”

Khogen Singh, who previously won the Hero I-League 2016-17 with Minerva Punjab, has joined the club to take the team forward. After Neroca’s performances last season in the Hero I-League, Singh knows he has a lot on his plate. However, his objectives are clear ahead of the new season. “I will be trying my best to win as many matches as possible. We have a very young squad who are learning new things everyday and this is a new project for me,” he said.

“In this season, we think we have a different mentality. The club has lots of young players and I want to give exposure to all them. We have to work hard as a team. We can’t be single-minded. Every player has to play for each other if we want to achieve our objectives this season. We have a very good squad and my target is to secure a spot in the first 5 places on the table,” the coach concluded.