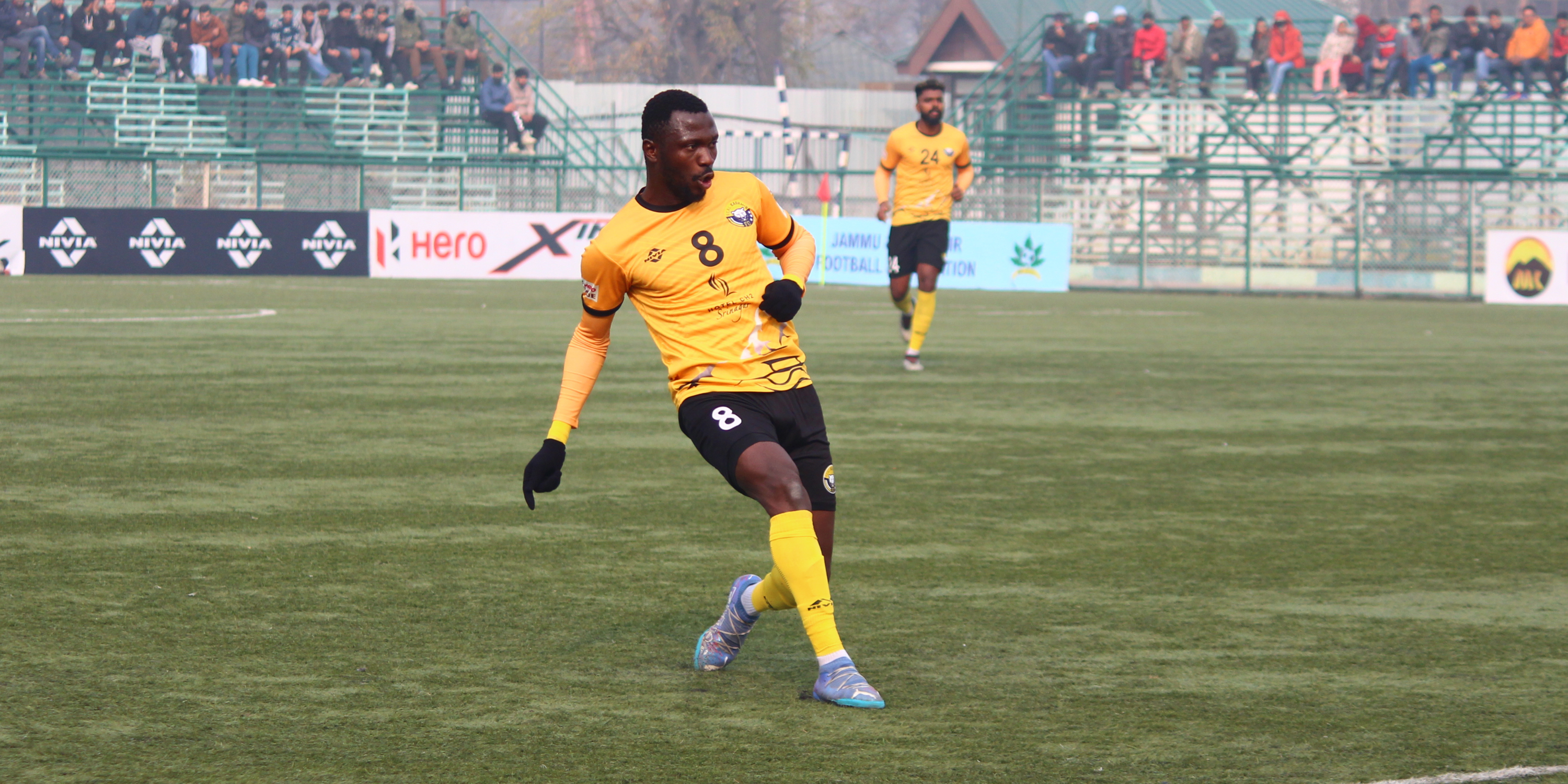 SRINAGAR: “It’s time for a new beginning. We have a new philosophy,” claimed Real Kashmir head coach Mehrajuddin Wadoo at the start of the season. The former India international is among the many new faces at the club, both on and off the pitch. The new philosophy seems to have worked well, as the Snow Leopards, who avoided relegation on the final matchday last season, are now in second place, only behind Sreenidi Deccan on goal difference.

One of the key cogs in Real Kashmir’s machinery is midfield general Wadudu Yakubu. The 27-year-old Ghanaian has a goal and two assists and leads his team’s charts in terms of passes, chances created, dribbles completed, tackles won and ball recoveries in the opponent’s half. Even as a central midfielder, he has the third-most crosses in Real Kashmir, only behind wide players Davinder Singh and Samuel Kynshi.

While line-breaking passes are his specialty, Wadudu also relishes driving forward into the attacking third with the ball at his feet. “I always want to help the team in attack, but most importantly, my role is to do what the coach wants me to do so that the team benefits,” said the midfielder. 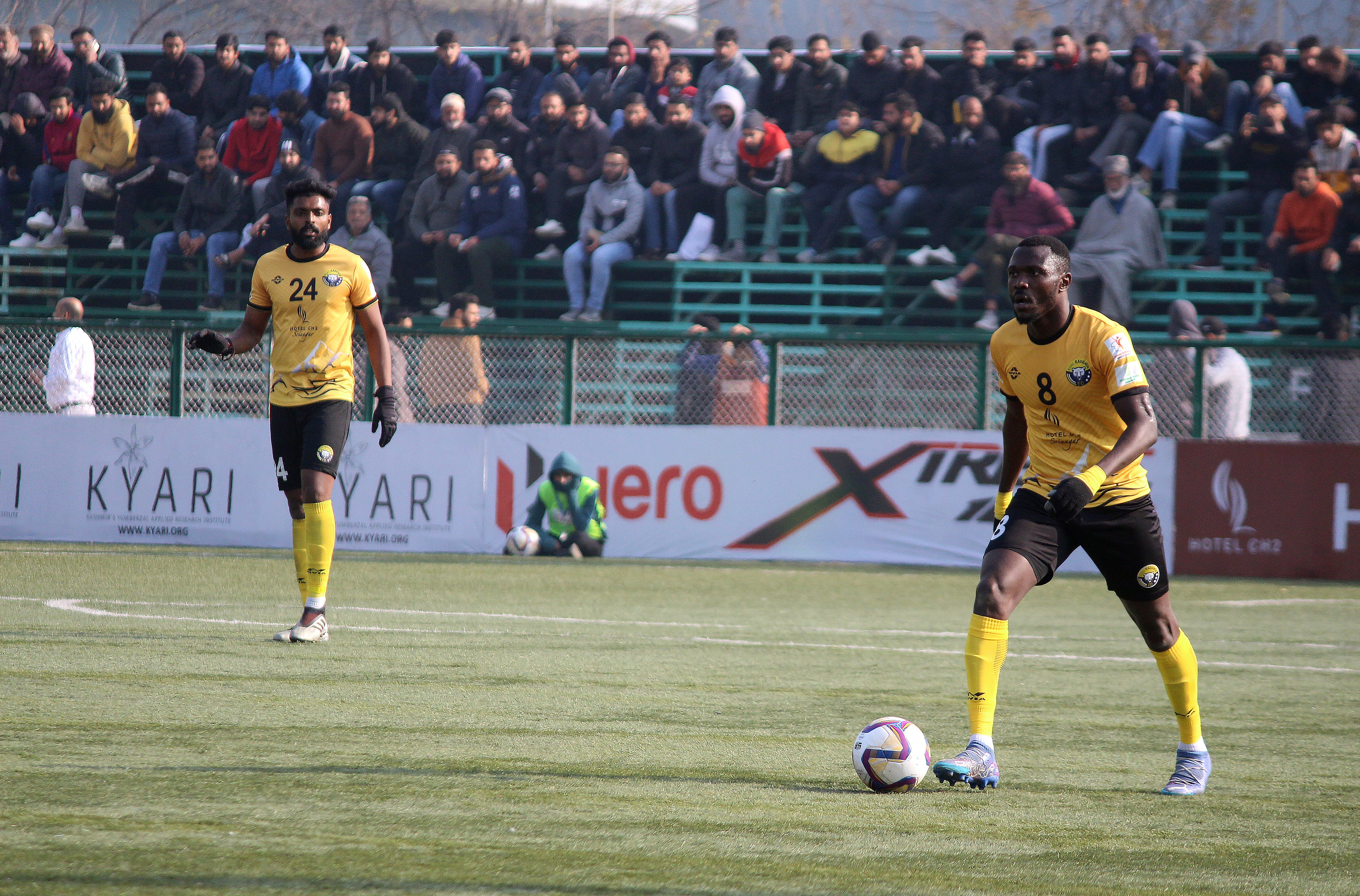 Wadudu spent his entire career in Ghana before signing for the Snow Leopards this season. He was a regular starter in midfield for Ghana Premier League outfit King Faisal FC based in the city of Kumasi. Now halfway across the globe and still one of the first names on the team sheet, Wadudu is thoroughly enjoying his first stint in India. “It’s no doubt a great feeling to be part of this fantastic group of players. There is still a long way to go and we have to keep working and push ourselves even harder to stay among the leaders,” he said.

Coming from a much-warmer equatorial climate in Ghana and adjusting to life at 5,200 feet above sea level in chilly Srinagar sounds challenging, but Wadudu stated that the club management and staff have helped him settle well in the valley. “Apart from the weather, even the style of football is different everywhere, but our objectives remain the same – doing well and getting those three points. As a foreigner in India, there are a lot of expectations to perform and so far, I’m enjoying the challenge.”

Of course, Real Kashmir’s loud and proud supporters have made Wadudu’s task easy in the middle of the park. “Our fans are incredible. They are a force to be reckoned with. As our 12th man, they come and support us in large numbers. I love playing at our home.” 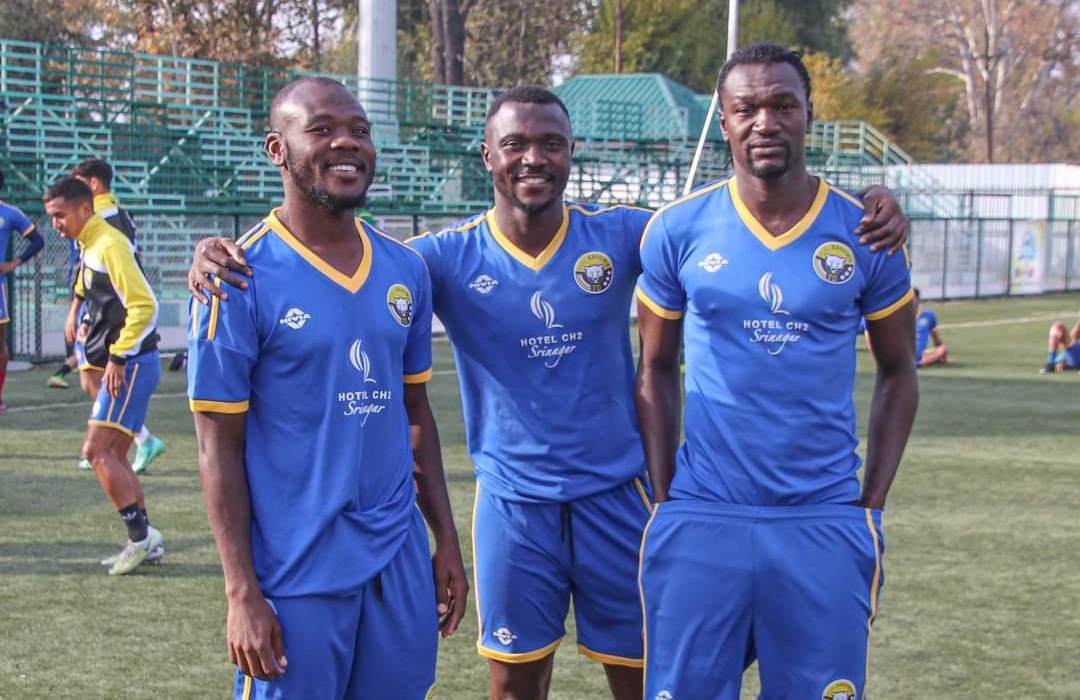 With fellow Ghanaian players like Lamine Moro, Issahak Nuhu Seidu and Nurudeen Ibrahim also a part of the club, Wadudu has reason to feel at home. “We have a lot of understanding and enjoy playing with each other. But the local boys have also gelled well with us, and we play as a unit,” he said.

“We may be a team of many nationalities, but we speak the language of football. And that’s what helps us rise as a team,” Wadudu concluded.