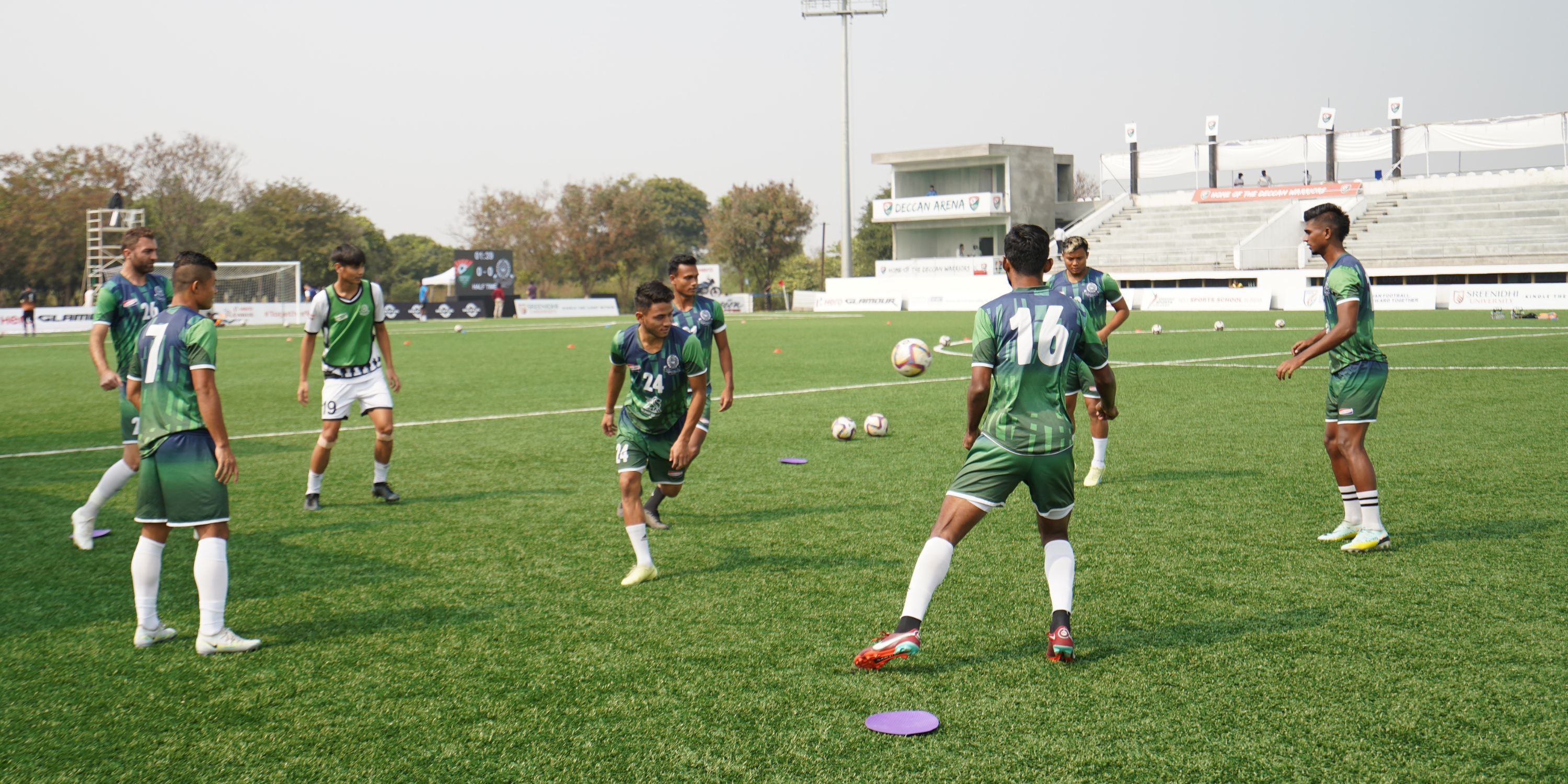 KOLKATA: Following a disappointing display in Hyderabad, RoundGlass Punjab are now in Kolkata to face a resurgent Mohammedan Sporting for the Hero I-League 2022-23 game at the Kishore Bharati Krirangan on Sunday, January 22, 2023. The kick-off is at 4:30 PM IST.

After the first away win of the season against Mumbai Kenkre FC the other day, Mohammedan Sporting now sit much more comfortable in the points table. With 16 points from 12 matches, they are now placed ninth in the ladder. With a morale boosting win in Mumbai and an unbeaten record at home, the Black and White Brigade should be gearing up for yet another three-pointer on home turf.

“Our last game definitely gave us confidence, but tomorrow, the opponents are different and the situation is different too. We’ll have to manage it accordingly,” said Kibu Vicuña, Mohammedan Sporting head coach, who maintained a cautious approach for tomorrow’s game while addressing the media at the pre-match press conference.

“Punjab are second on the table and it will be an important game for us. We are confident and at the same time we are constantly improving our game. We are confident of getting a result tomorrow,” the Spanish coach added.

Mohammedan custodian Sankar Roy believes the confidence earned from the last game and the hard work put in on the training ground will help his team secure a result against Punjab. “We won our last game and tomorrow we play at our home. Punjab is a tough team but we are working with the coach and putting in extra hard work on the training ground. We are confident that we will give it all and will hopefully get three points tomorrow,” he said. 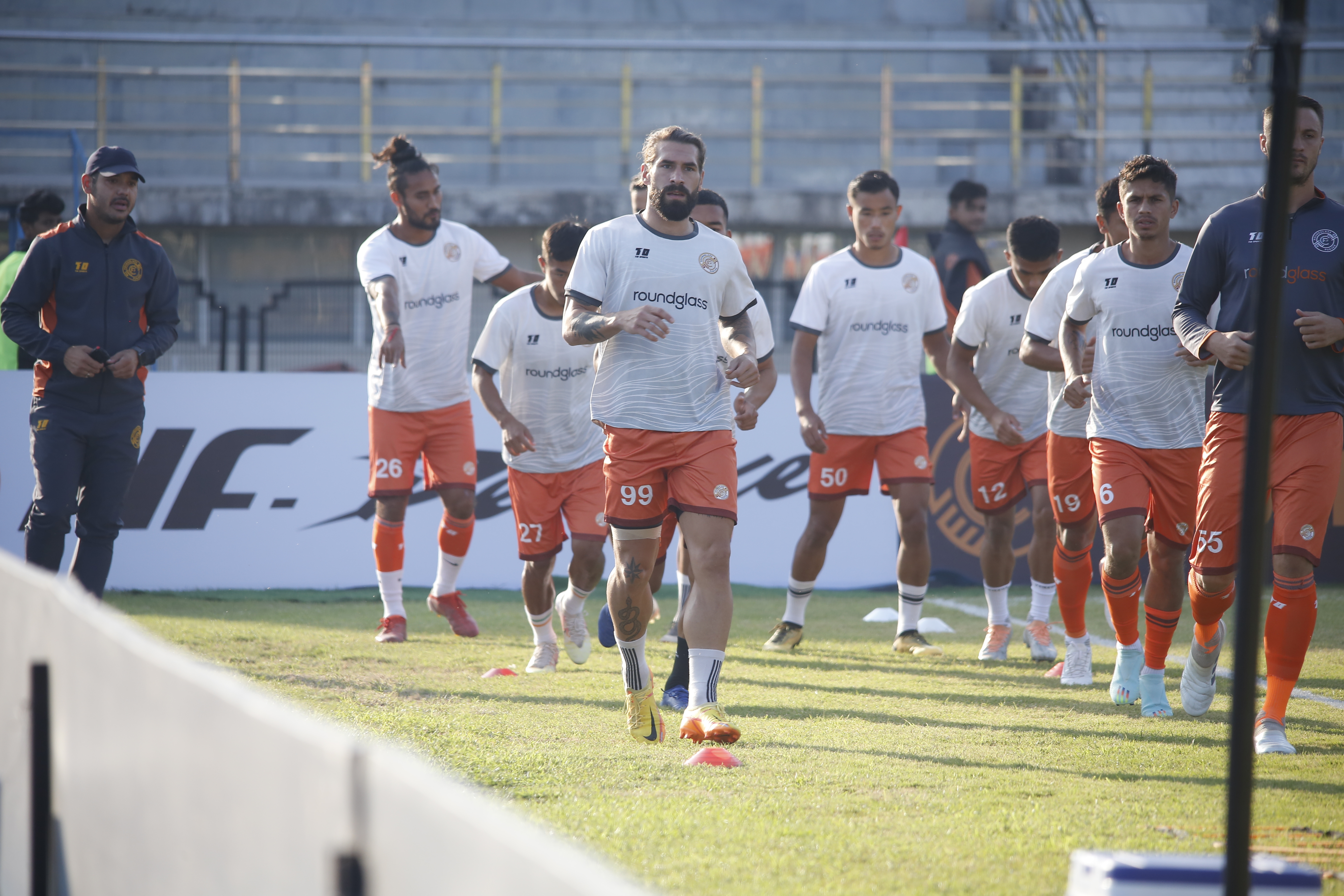 RoundGlass Punjab have won just a single game in their four outings away from home. Their latest result was a 0-4 battering coming at the hands of league leaders Sreenidi Deccan. Against Mohammedan on Sunday, if they fail to improve their home form on the road, it might severely weaken their aspirations for the maiden title.

RoundGlass Punjab head coach Staikos Vergetis expects a strenuous evening tomorrow. “We are looking at a very difficult and tough game against a good side with quality players,” he said.

The Greek coach then went on to praise his counterpart Vicuña. “I believe he’s one of the most able coaches. He has lots of experience while coaching in India and with him around, Mohammedan Sporting will definitely have a better future and they will go on to win many games,” Vergetis said.

On their defeat against Sreenidi, Vergetis felt some individual errors committed during the match were mainly to be blamed for the disaster. However, he expected his players to show a reaction in the next game. “Last game, I felt there were a few individual mistakes. After the game we pointed out to the players what went wrong and I believe they will themselves improve in the upcoming games,” the Greek coach said.

The match between Mohammedan Sporting and RoundGlass Punjab will be broadcast live on Eurosport and Doordarshan Sports and streamed live on the Discovery Plus OTT platform.