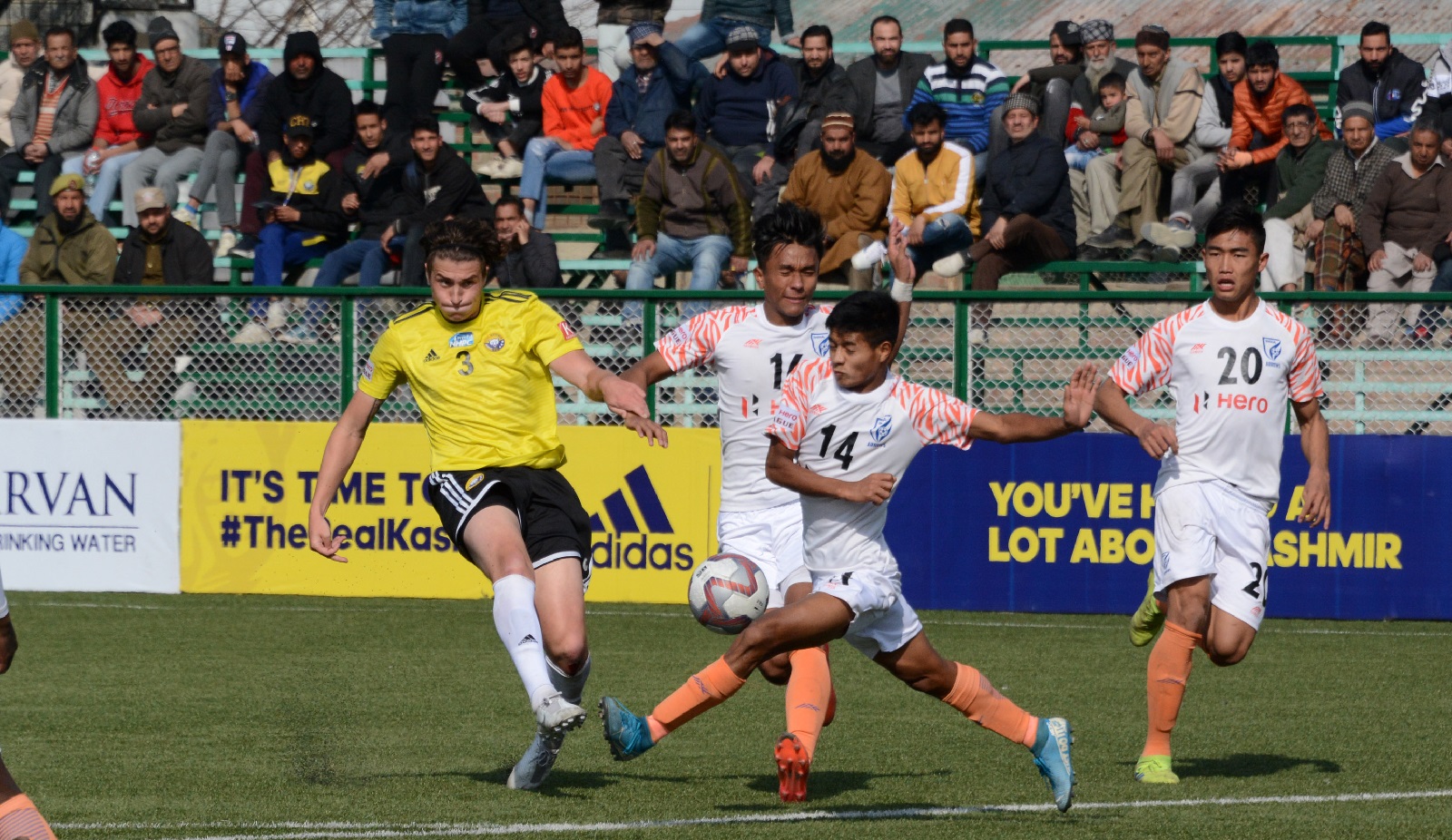 NEW DELHI: Hero I-League has always come up with beautiful anecdotes — be it a fairy-tale success story of a low-budget non-favourite outfit or a player who has turned the league on its head completely.

But one concern which every player has always concurred to is “travelling across the length and breadth of the country” and delivering day in and day out – the major challenge that Hero I-League imposes.

“Travelling is the primary challenge in India. You need to remember India is nothing less than a continent itself. Travelling to different places where climate conditions are entirely different is a huge challenge. Adapting quickly is a bigger challenge,” Mohun Bagan’s Joseba Beitia, a former Segunda B midfielder, expressed.

Beitia and his teammates, who are on a 12-match unbeaten run at this moment, are inching closer to Mohun Bagan’s second Hero I-League title. The Mariners’ unbeaten run on the road in this season comprises of five wins out of seven encounters.

Real Kashmir FC on their debut Hero I-League season, had an enviable unbeaten run on the road comprising of five wins out of ten matches. While playing at home, the Snow Leopards rode on extreme weather conditions to amicably to squeeze out positive results which, eventually, helped them to a mesmerising third-place finish with 37 points, six shy of the champions Chennai City FC.

But their big task was to adapt fast to weather conditions for away matches. Mason Robertson divulged a logistical plan which Real Kashmir management have opted for – “try to get us there three days before games,” which have helped them to “adjust to the heat and the humidity.”

“It’s very hard to play back-to-back away games. We need to adapt to the climate quickly. When travelling, the club management and the coaching staff always try to get us there three days before games so we can adjust faster,” the 26-year-old Scot mentioned.

Gokulam Kerala FC skipper Marcus Joseph hails from Trinidad and Tobago which is a tropical country with relatively high humidity. He didn’t need to struggle much to settle into Kerala. He also reiterated how the Gokulam Kerala management plan to send the contingent well ahead of an away fixture.

“Luckily, Kerala’s topography is similar to my country which helped me a lot to settle down. While travelling, swing in weather from place to place is a challenge to deal with but we do travel early for the matches,” he stated.

The coaches on the other hand preferred to take this challenge head-on and haven’t shied away from sharing their to-dos to minimise the exhaustion level.

“Adequate rest and drinking water are of paramount importance. During travelling we rest as much as we can, and drink a lot more water than we normally do. We also try to get massages for the guys who need,” David Robertson, coach, Real Kashmir continued, “We always have that mental toughness that we need!”

“The distance for the trips and the different climates, of course, are a concern for not only us but for the other teams as well,” Varela mentioned.

He, also, shared the solutions which the Malabarians have been following to minimise the fatigue.

“Proper planning is required to cut down the physical exhaustion. Proper rest, adequate recovery time and proper food are important during the season to endure the high-degree travelling,” the 46-year-old Spanish coach echoed.

However, Joseba Beitia maintained that “the victory is always sweeter when the challenges are harder.”

“Maintaining the performance level, overcoming these barriers makes the victories sweeter. The harder the challenge, the sweeter the victory,” Beitia smiled.

Nonetheless, foreign recruits have always lauded the great country for its vastness despite the challenges. The cultural contrast and unity in diversity across the country are something they get mesmerised of.