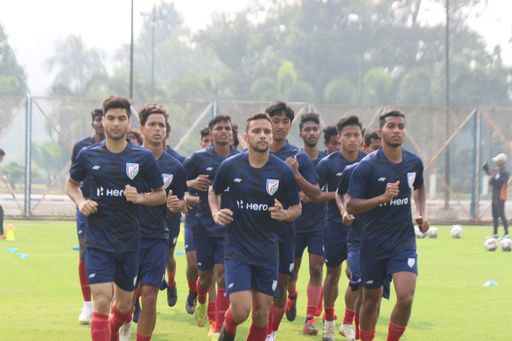 KOLKATA: With the Hero I-League set to kick-off on boxing day, we have a look at the opening fixture of the tournament, where one of the high-flyers of last year, Tiddim Road Athletic United (TRAU FC) will come up against the young Indian Arrows.

Going into the game, both teams were in good spirits with the festive period surrounding us. However, they did not give anything away before the start of the season in their respective pre-match press conferences.

Speaking ahead of the game, TRAU head coach Nandkumar Singh said, “Compared to last year, most players have not been retained but the motivation is very high. The players are eager to retain the rank we achieved last year. My coaching methods remain the same and we hope we can achieve similar or better results.”

When asked about tomorrow’s opponents, Singh was full of praise for the young Arrows team. “Indian Arrows is always a very good side, a very talented side, with some of the best coaches in India. It will be a tough match and we will try to win. Our aim is always to win the first match so that we achieve some momentum and motivation,” he said.

As for Indian Arrows coach Shanmugam Venkatesh, he has set the bar higher this season for the lads in his team. “In our last season, the expectation was different. We had a month’s time to prepare and we know how difficult it was for all the players and our boys. The team is really young and it is a huge challenge. They look sharp and we are very confident this year and we can see a lot of changes in the team,” enthused Venkatesh.

Coach Venkatesh is looking forward to the start of the new season and how it is going to shape them for their future endeavours. “Our aim is to prepare these boys for the upcoming international matches. As each and every game that passes by, the players are gaining more game time which is most important,” said Venkatesh.

The Hero I-League kicks off tomorrow at the Mohun Bagan stadium at 2 PM (IST).