TRAU ready to go one better this Hero I-League campaign 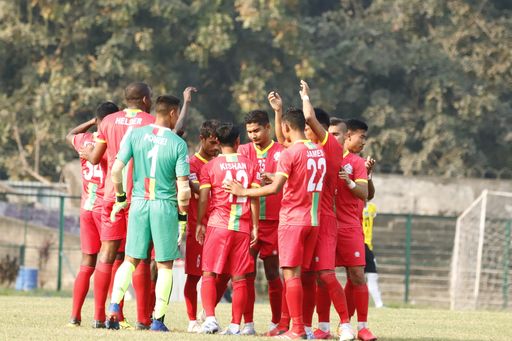 NEW DELHI: Tiddim Road Athletic Union (TRAU) Football Club were one of the protagonists of last season’s thrilling Hero I-League finale where they fell at the final hurdle. The Imphal-based side has looked at home on the national stage and will be looking to go one better this time round.

“Our target is to try and win the Hero I-League trophy. We know the strength and weaknesses of our team and will focus on improving the results,” said head coach L. Nandakumar Singh.

TRAU were one of four Hero I-League teams (the others being Real Kashmir, Sudeva Delhi FC and Mohammedan Sporting) to take part in the recently concluded Hero Futsal Club Championship where they made an early exit at the group stage. The experience was chastening to say the least.

“Futsal is a totally new format. We have a few good players but this experience will help us come back stronger next season,” said Nandakumar Singh.

The standout performer for TRAU last season was striker Bidyashagar Singh who scored 12 goals and became only the fourth Indian player to win a Golden Boot at this level. He has since moved on to Indian Super League Bengaluru FC but his former club has moved swiftly to replace him with Uzbekistan’s Akobir Turaev. 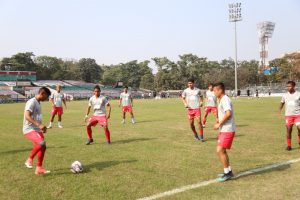 “Football is a team game. If the team plays as a unit and apply what is being done in training, then we are 100 percent confident that we will do better than last year,” asserted Nandakumar Singh. “We firmly believe that Akobir will fill the void left by Bidyashagar.”

Preparations are well underway and the club has also been playing practice matches against some quality opposition.

“We started our pre-season well in advance and all the players are physically and mentally prepared to play to their potential,” said Nandakumar Singh. “We have been playing friendly matches with the Manipur Santosh trophy team and have also lined up a few matches with NEROCA FC.”

Having played in the bio bubble last season, most of the TRAU players will be used to the unique and disciplined environment but Nandakumar Singh feels it is important to keep them motivated.

“There will be a few players who will be new to this system. A lot of them are looking at this platform as an opportunity to prove themselves at the highest level so we motivate them to be mentally strong during their stay in the bio bubble,” he said.