KOLKATA: Tenth-placed Tiddim Road Athletic Union (TRAU) will lock horns against eighth-placed Chennai City FC at the VYBK Stadium in Kolkata, West Bengal on Sunday, January 24, 2021. Lying in the bottom half of the table, both teams would aim to push out of the fray and make it into the top half. The kick-off is slated for 2 PM IST and the match will be streamed live on the 1Sports Facebook page.

TRAU had only themselves to blame for a dismal defensive performance in the last match that saw Mohammedan SC come from two goals down to play out a 2-2 draw against the Manipur outfit. Over the course of the season, although TRAU took the lead against their opponents, they failed to see the match through.

Speaking at the official pre-match press conference, head coach Nandakumar said, “We need to be more solid defensively and see our opponents through. We have already lost at least four points because of not being able to see the matches through, where we had taken the lead.”

“Defensively, we will have to be more focused against Chennai City FC and mop up any loose balls that come our way. We need to be extremely solid in the defence,” he continued. “Conceding cheap goals every game is detrimental for us and we have to put a stop to it. Against Chennai City, it will be a tough battle in the midfield for us. However, we are confident of grabbing our first win of the season,” he added.

Striker Joseph Mayowa stated, “Three draws out of three matches is not ideal but it is better than three losses. We have a young team and we learn from our mistakes in each and every match. We will be looking for our first win against Chennai, but it will not be easy.” 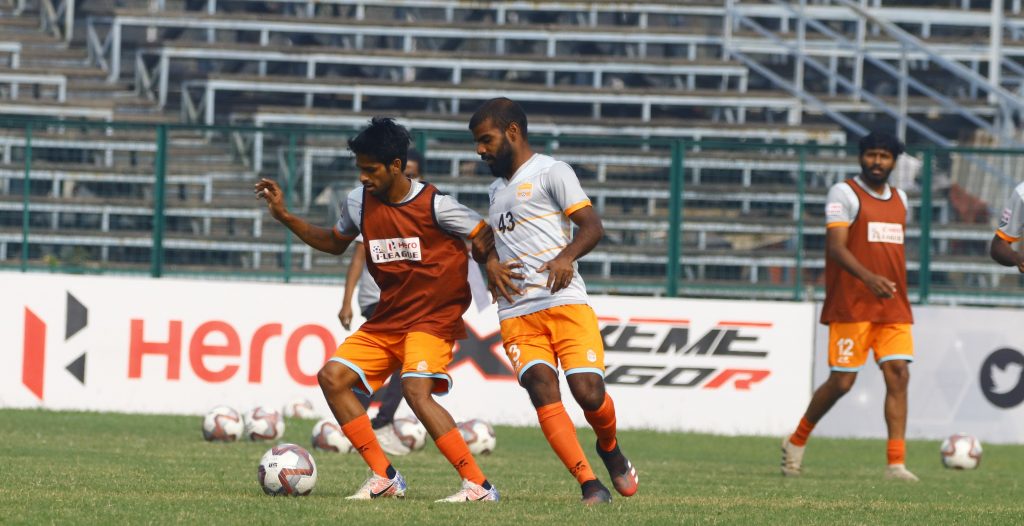 Meanwhile, Chennai City FC would be looking to brush away their 0-2 loss at the hands of Real Kashmir in their last match and get back to winning ways. Head Coach Satyasagara said, “There are no cakewalks in the Hero I-League. We are expecting no different from TRAU and we do not take anything for granted. Still, we will aim for nothing less than a win because getting back to winning ways stays pivotal for us.”

“We missed key players against Real Kashmir and that showed in our performance against them. We got back to the drawing board and worked on our tactics. We focused on our weakness and have drawn up plans to bolster our defence,” he added. “We have to defend as a team and we have to be wary of Komron (Tursunov). He is very quick on the ball and can hurt us if we become complacent.” the Singaporean coach added.

Midfielder Sriram said, “The Hero I-League is a very tough league and with the COVID protocols, it has become a bit mentally draining as a player. Each team can beat the other on its day, so we cannot afford to be complacent as the league progresses.”