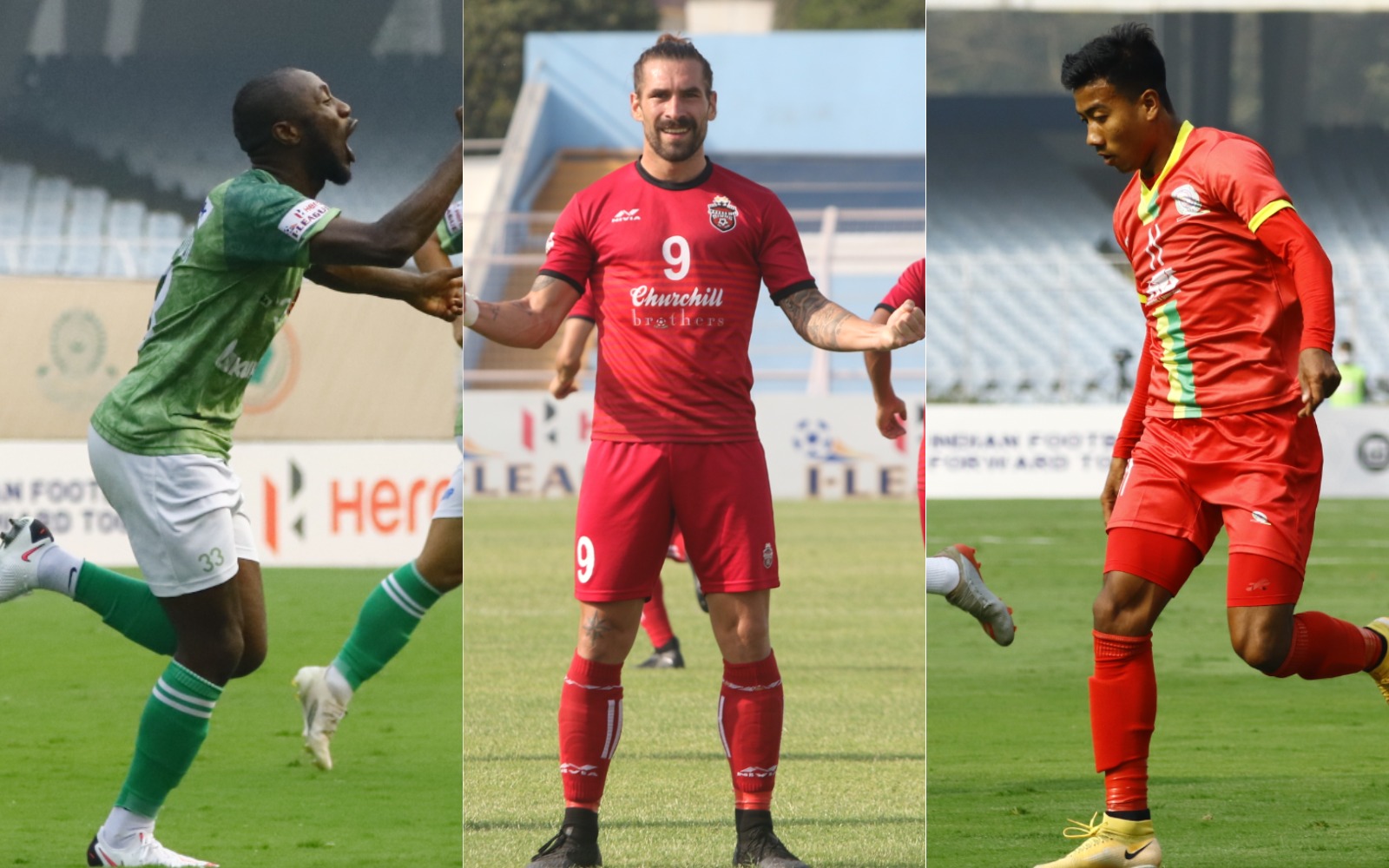 NEW DELHI: With just the last round of fixtures remaining, three teams – Gokulam Kerala FC, TRAU FC and Churchill Brothers FC Goa – are in the running to be crowned champions of the Hero I-League 2020-21. The title could very well be decided with the last kick of the championship, with two matches featuring the competing sides set to kick-off simultaneously on Saturday (March 27, 2021) at 5 PM IST.

To add to the thrill and excitement, even the race for the league’s Top Scorer Award is tantalisingly poised to go right down to the wire as the three front-runners will be in action at the same time on Saturday and just one goal separating them.

Leading the charts is none other than TRAU FC’s Bidyashagar Singh, who has 11 goals to his name so far and will be hoping to add more to his tally on the final day. He found the net for the first time in a 2-0 win against Chennai City FC and then scored in a 1-1 draw against Churchill Brothers.

However, he came roaring up the scoring charts as he scored a whopping nine times in four consecutive games – including back-to-back hat-tricks against Mohammedan Sporting and Real Kashmir – both of which came in the second phase of the tournament.

Behind him are two foreign imports – Churchill Brothers’ Luka Majcen and Gokulam Kerala FC’s Dennis Antwi with 10 goals each. The Slovenian Majcen started off the campaign in a dazzling manner as he registered a brace in his first outing and has gone on to form a formidable pairing up top with fellow forward Clayvin Zuniga.

He has consistently been among the goals, with his ability to be in the right place at the right time proving to be fruitful, and has also proved to be a reliable penalty-taker, scoring from the spot most recently in the 1-1 draw against TRAU. It was his last-second header against Chennai City that rescued two points for his team as well. Come Saturday, he would certainly be wanting to score more and finish on top of the scoring charts.

Last but certainly not least, we have Ghana international Dennis Antwi, who has been in red-hot form in the championship phase of the competition – scoring six goals in four games and taking his team to the top of the table with one game to play.

The #HeroILeague title race is going right down to the last day and so is the race for the Top Scorer Award! 🔥

Here are some of the best goals from the trio of Bidyashagar Singh, Luka Majcen and Dennis Antwi 🚀🤩#LeagueForAll 🤝 #IndianFootball ⚽ pic.twitter.com/5lOXlNmoiW

He started off with a bang, scoring on the opening day and then showcasing his prowess with a brilliant brace in his team’s memorable 4-3 victory against RoundGlass Punjab FC. Antwi only found the net once in his next eight games but his recent run has seen him surge up the top scorer list and emerge as a contender for the Golden Boot. With a win on the final day guaranteeing the title victory for Gokulam, the dream scenario for Antwi would be to lift both – the Hero I-League and Top Scorer trophies – on D-Day.

Only one Indian in Hero I-League history has finished as the league’s top goalscorer – and that person is none other than Blue Tigers captain Sunil Chhetri, who scored 14 goals for Bengaluru FC in the 2013-14 season as the Blues went on to lift the trophy. Chhetri shared the Top Scorer award Salgaocar’s Darryl Duffy, but should Bidyashagar maintain his lead at the top of the scoring charts this season, he could become the first Indian forward to be the outright top scorer in any Hero I-League campaign – a monumental feat.

After 2013-14, Bidyashagar is the only Indian to have registered goals in double digits in a single Hero I-League season, with the next best being Jobby Justin’s haul of nine goals in 2018-19 for East Bengal.

In fact, only three players have finished as the top Indian goalscorer in a Hero I-League campaign with more goals than Bidyashagar’s current tally. Sunil Chhetri scored 14 in 2013-14 while Mohammed Rafi also scored the same number of goals for Mahindra United in 2009-10, followed by Jeje Lalpekhlua’s tally of 12 goals for the Arrows in the 2010-11 season.