There is no better motivating factor than defending the title: Pedro Manzi 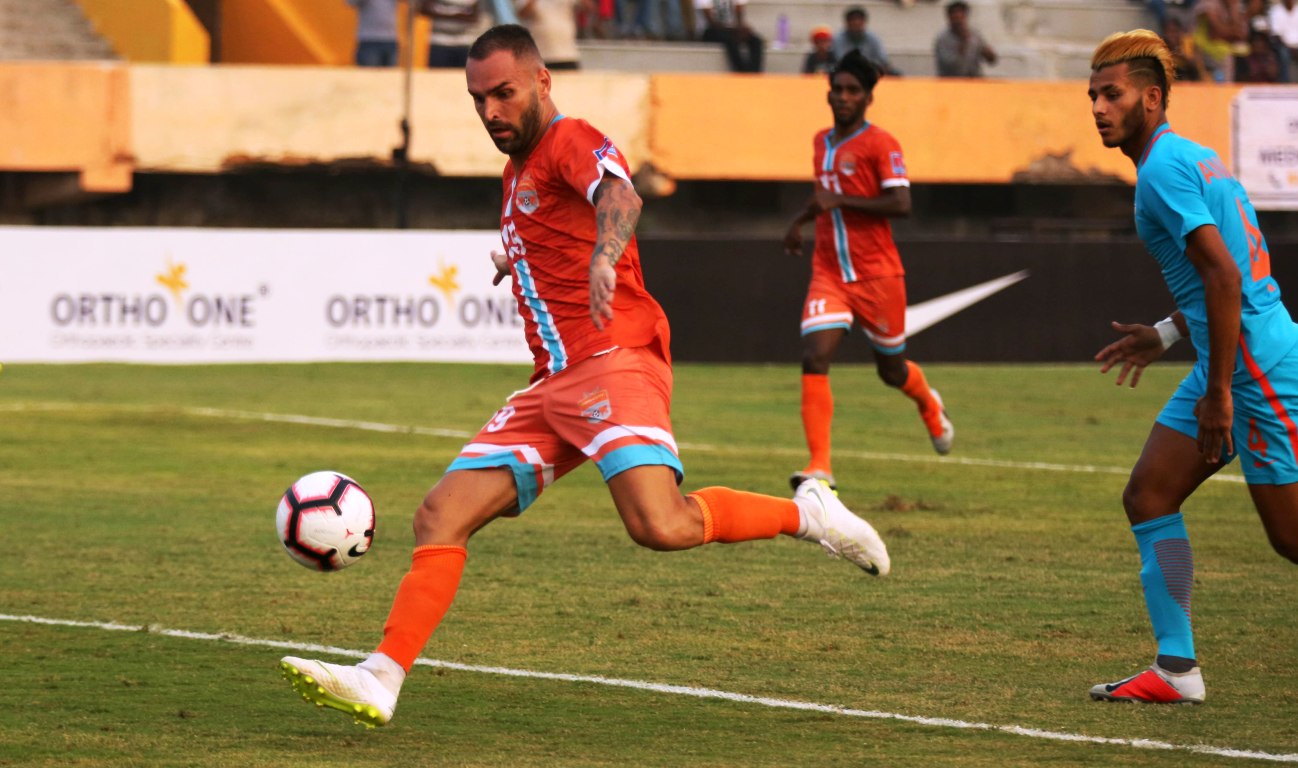 NEW DELHI: Pedro Manzi, the Uruguayan-Spanish forward who scored 21 goals for Chennai City FC in what was his first season in Indian football is already looking forward to starting the forthcoming season with a “great desire”. Moreover, the ruthless striker already made his intentions clear which is nothing less than “fighting to win the title two years in a row”.

“I am looking forward to starting the season with great desire. After a vacation and a long pre-season, we all are back for the business. As I have said before, I enjoy competing and fighting it out on the pitch. There is no better motivating factor than defending the title and fighting to win the title two years in a row,” Manzi commented.

Although the Orange outfit was cruising to its maiden Hero I-League title since the campaign opener, they certainly looked unsettled towards the end before they needed a photo finish win against defending champions Punjab FC at home on the final day of the competition.

“Last year we had many flaws but with a lot of work, we rectified those defects towards the end and finally, we were able to get the desired result. Akbar has a good way of working and teaching to rectify mistakes quickly, which is very important for the players for a long league like this,” he explained further.

Incidentally, he didn’t forget to mention it was the “most important and beautiful season” in his career.

“It was a special season for me regardless. I think it was the most important and beautiful one in my entire career til now. Personally, I was very happy to finish as the top scorer as well as glad to finish with the champion’s medal,” the 31-year-old striker stated.

Real Kashmir’s double and Churchill Brothers FC Goa’s enticing 3-2 victory over them jolted Chennai City FC’s title dream midway before Akbar Nawas’ boys held their nerves to thump a 3-1 victory over the reigning champions to win the Hero I-League trophy. Pedro Manzi scored the equaliser from the penalty-spot before youngster Gourav Bora scored a picturesque brace to secure the victory.

The team has gone through an overhaul since then and it’s a new-look outfit that will vie for the trophy this season when they kick-off their campaign against debutants TRAU FC at the Nehru Stadium in Coimbatore on December 1, 2019.

“It is a different team than last year, a young and inexperienced team where there are many players who have never played in the Hero I – League before. But, there lies the challenge and we are up for it. We have had three months of pre-season, so the team knows each other well and can do its best in the league.”

He further praised the Indian youngsters, saying, “Indian players have a lot of potential, eagerness and enthusiasm for doing things right and earning a place in the team.”