The Hero I-League exposure was the perfect ‘ladder’ for me: Amarjit Singh 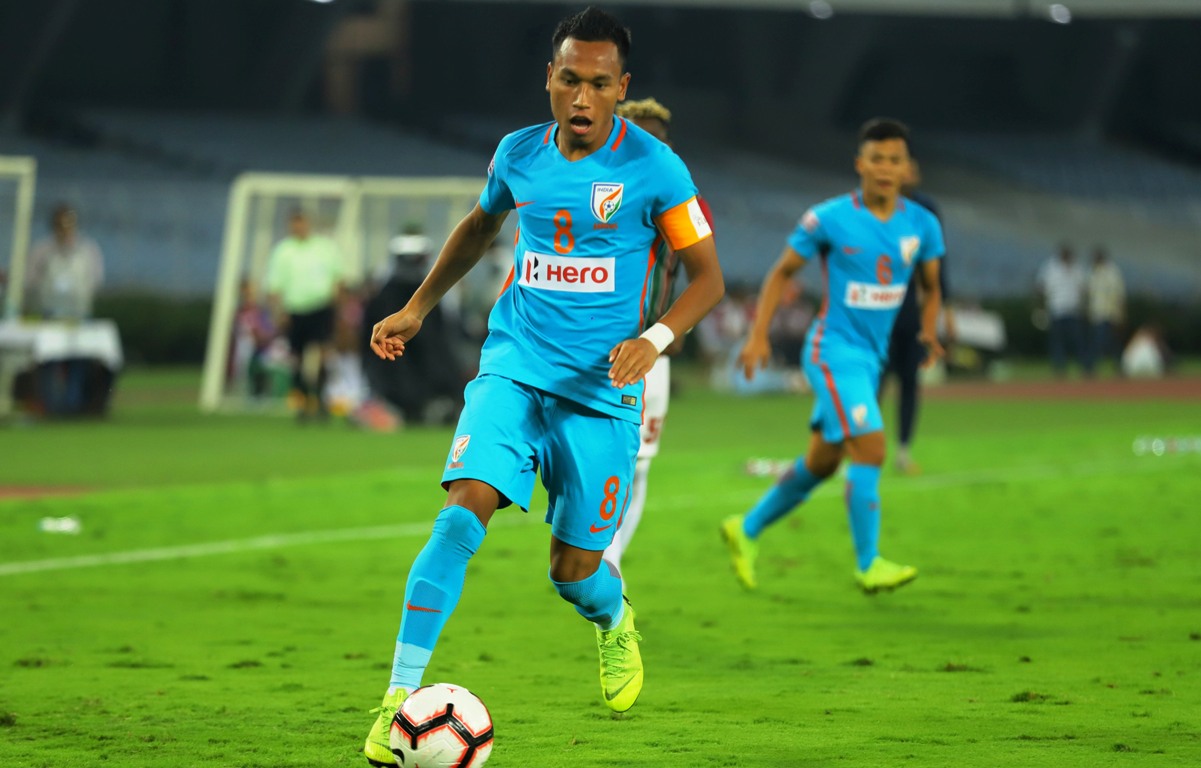 In a live chat with AIFF TV, Amarjit labelled the Hero I-League as the perfect “ladder” in his career.

“After the World Cup, we were provided with a ladder to improve further as a team. After playing for a couple of seasons in Hero I-League I realise how the experiences helped me improve as a footballer,” Amarjit stated.

“After playing the world cup we got to know that we are participating in the Hero I-League that year. It was a great achievement for us. Initially, we were scared as there were such good teams in the league – Mohun Bagan, East Bengal, Neroca and others. All of them had quality foreign recruits, and we had to compete against them,” Singh recollected.

“But we were extremely excited. We understood it was the platform to gauge us as players. We knew the experience in the League would benefit our future a lot,” he averred. “Looking back, that opportunity to play in the Hero I-League paved the way for me to play in the Hero ISL, and eventually the National Team.”

The “fearless” midfielder also admitted that he eagerly looks forward to her cousin sister Kritina Devi making a mark in the Indian U-17 Women’s Team for the forthcoming FIFA U-17 Women’s World Cup which is scheduled to kick-off on February 17, 2021.

In a live chat with AIFF TV, Amarjit stated: “She is one of the few girls from our place who started playing football with boys. I hope she gets selected and plays in the upcoming U-17 Women’s World Cup. It will be a very proud moment for our family. Then we can be tagged as a World Cup family, isn’t it?”

Kritina Devi is an integral member of the India U-17 Women’s team who are gearing up under Swedish coach Thomas Dennerby for the upcoming U-17 Women’s World Cup. If Kritina is able to make it to the final squad, she will emulate her cousin brothers Amarjit and Jeakson Singh, India’s goal-scorer in the U-17 World Cup.

“Every time Jeakson and myself share our experiences with Kritina, she gets thrilled. Those are lifetime memories and don’t sink in soon. Hope she also gets the opportunity to experience these things at the biggest stage,” he added.

“We were treated like VIPs during the World Cup. The streets were emptied for the team bus to travel. That was a surreal experience. Even there were security guards who used to escort us even to the hotel gym. We were never left alone. You couldn’t expect these unless you represented your country in a World Cup.”