The boy who headed Chennai City FC to glory 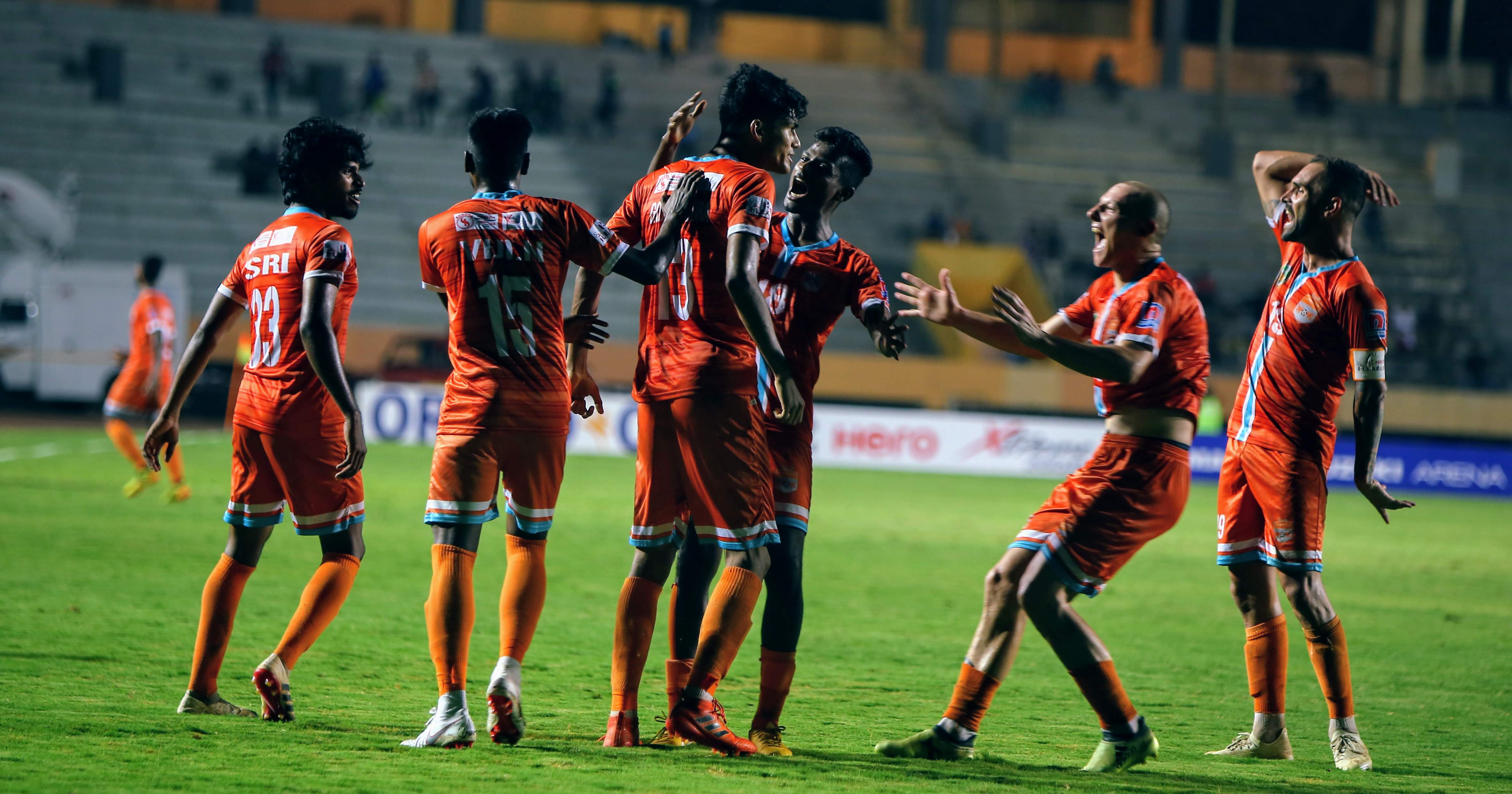 BHUBANESWAR: The Hero I-League has turned into a breeding ground for budding young Indian players over the years. This season, another youngster has come to the fore, sweeping away the league title, and the Emerging Player of the Year award.

At just the age of 20, Gaurav Bora has been played a crucial role at the heart of the Hero I-League-winning Chennai City defence, alongside Spaniard Roberto Eslava.

“I can honestly say that I have learnt a lot playing alongside Eslava this season. He always guided me with his leadership qualities, and gave me a lot of confidence,” said Bora.

“His game sense is unparalleled. When to press, when to tackle, how, when, and where to play the long, and the short passes – these are all things that I have learnt from him,” Bora said.

Having started playing football in school, Bora went on to join the Bhaichung Bhutia Football School, along with current Indian Arrows defender Ashish Rai. The duo went on to be hand-picked by the then Pune FC Academy Head Coach Naushad Musa.

From then on, Bora has gone step by step, playing in the Pune FC, and then FC Pune City U-18 and reserve teams, before joining Chennai City on a two-year loan in the last campaign.

WHEN THE DREAM CAME TRUE

It was in this season, however, that Bora climbed the stairway as he forged a formidable defensive partnership with Eslava. The duo not only worked together successfully to thwart the opposition attacks, but also managed to act as a launch pad for the attack that netted 54 goals in 23 matches this season.

While nobody, at the start of the campaign could have through that the Coimbatore-based team would win the league, Bora still had his dream intact.

“I used to watch the Hero I-League on TV as a kid, and I always used to dream about winning the trophy someday,” he said.

The team started believing that they could actually go all the way in only their second season in top-flight football after a pre-season game with Hero Indian Super League giants Bengaluru FC, which they won 2-1.

“That victory gave us a lot of belief. If we could beat a team like BFC, then we could very well take on just about any other team in the country,” he said. “Of course, there were hiccups along the way. We lost three matches in the league, but we made sure to work on the aspects that led to those respective losses, so we always came back fighting.”

The Hero I-League came to another exhilarating finish this season, with both Chennai City and Quess East Bengal being in the title race. However, Chennai City were dealt a massive blow just minutes before the match even kicked-off.

“It was obviously a big setback, but we had no time to dwell on that. Eslava told us before kick-off that we all have to play together, and not just depend on (Pedro) Manzi, or Sandro (Rodriguez) to get us the win,” he said.

Eslava had to pull out of the match due to an injury and was replaced by Tarif at the heart of the defence. Things may not have started well for Chennai, but it got even worse for them when Roland Bilala put Minerva ahead.

While Manzi pulled one back from the spot to level the scores, Bora was not done playing his part in Chennai’s victory. With the scores level, and with a little over 20 minutes left on the clock, the centre-back nodded in a corner, his first goal of the season, to put their championship dreams back on track.

The 20-year-old repeated the manoeuvre in injury time to put all doubts past them and secure the title.

“I did not really comprehend what I had done, at that moment,” grinned Bora. “Bas goal maarna tha, to maar diya (We knew that we had to score, so I went up and did that).

“It was only after the full-time whistle that I realised how important and how historic this match was for the club, and for Tamil Nadu football.”

These goals, along with his performance throughout the season earned Bora the Hero I-League Emerging Player of the Season award.

Bora has already taken the first step towards that by representing India in the AFC U23 Championship Qualifiers in Uzbekistan.

“It was an honour to don the India jersey in Uzbekistan. But this is only the start for me. I would, of course, like to play for India one day,” he said. “For now, I need a break after a long season, because I know that once we start again next season, we would have to start from the scratch.”