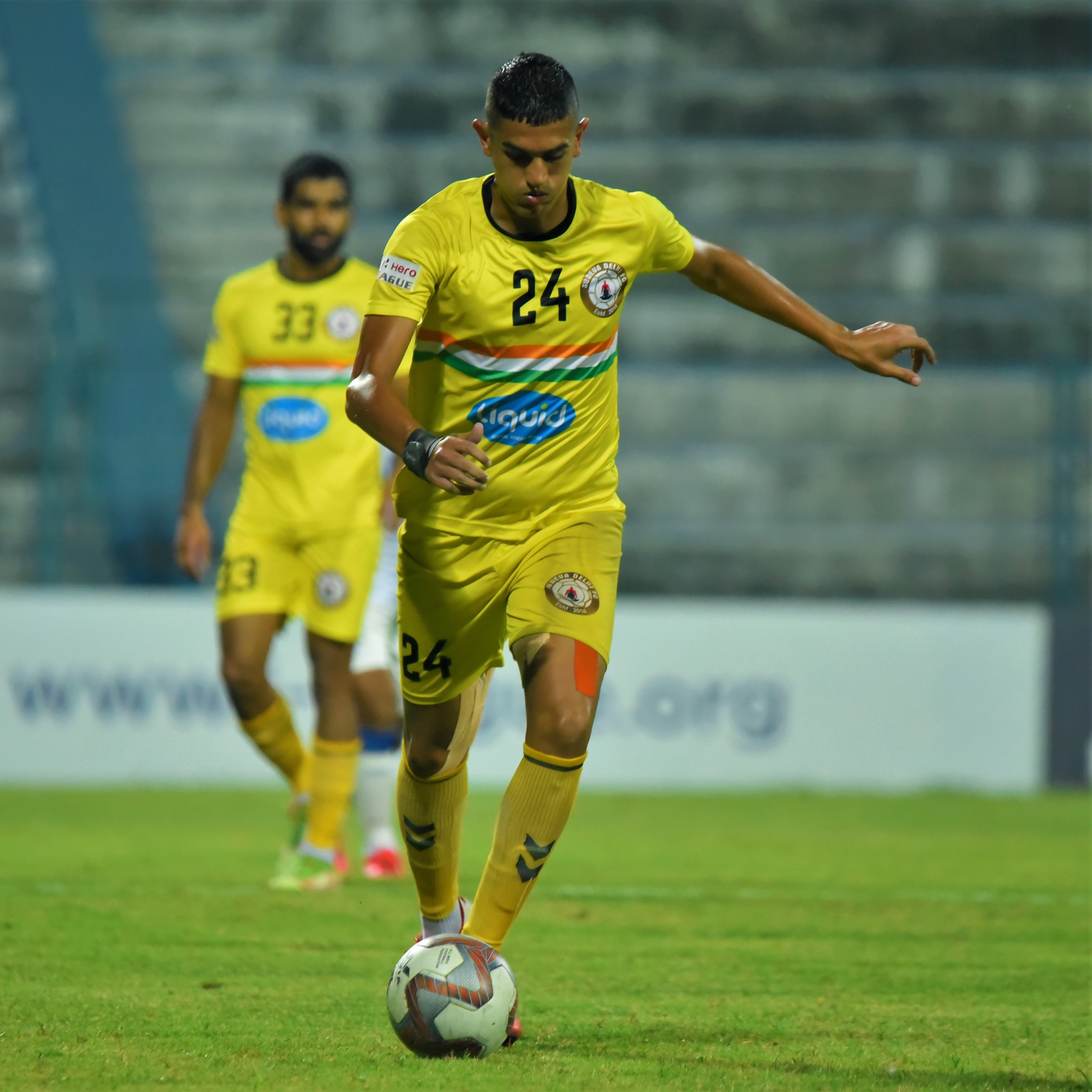 KOLKATA: Sudeva Delhi FC concluded their Hero I-League campaign with a 1-3 loss against Aizawl FC and although it would go down as an underwhelming one for the side from the capital, certain bright spots did appear, one of them being centre-back Nishchal Chandan.

The towering lad from Chandigarh started his journey with the club in the Delhi Senior Division as he couldn’t be registered until the January transfer window. He was made captain of the reserve side which finished the campaign with the most clean sheets and the least goals conceded.

Chandan carried that form over into the Hero I-League season, making 14 appearances in his first ever season at this level, helping Sudeva Delhi keep 5 clean sheets in the process.

“It’s been absolutely wonderful. Having spent around five years with Minerva Academy, it was not something which I thought of when I was there. But obviously, it’s a dream for every footballer to play at the highest level and that has exactly been my aim as well. I’m very happy to be where I am today and obviously, I want to develop further and achieve more in life,” he said.

For a young centre-back coming through the ranks, there is not much room for error but Chandan had the perfect mentor in former Indian international Mehrajuddin Wadoo, his head coach at Sudeva Delhi FC.

“He was a great defender in his time so learning under his guidance has been a great thing. He has been very helpful in bringing me up to a new level and learning from his experience has been wonderful,” he said.

When it comes to centre-backs, India is not blessed with as many options as they are in others and the mohawk-sporting Chandan wants to change that trend.

“I think centre-back is one of the most important positions on the field as it is like the heart of the team. I like playing in that position because I think I do well under pressure and having that pressure of playing against the best of foreigners is a great feeling for me personally. Obviously, I want to make it big in this game and I want to show that Indians are no less than foreigners in any position wherever they play,” he asserted.

Keeping goals out is part of his daily bread and butter, but the 22-year-old also scored his first senior goal for the club in a 1-2 loss against Aizawl FC.

“The feeling was absolutely ecstatic. I was really very happy to get my name on the scoresheet. Although it would have been better if we would have ended on a winning note. But still, I was very happy for my first professional goal at this level and I hope that I’ll be having some more of them by the end of the journey,” concluded Chandan.