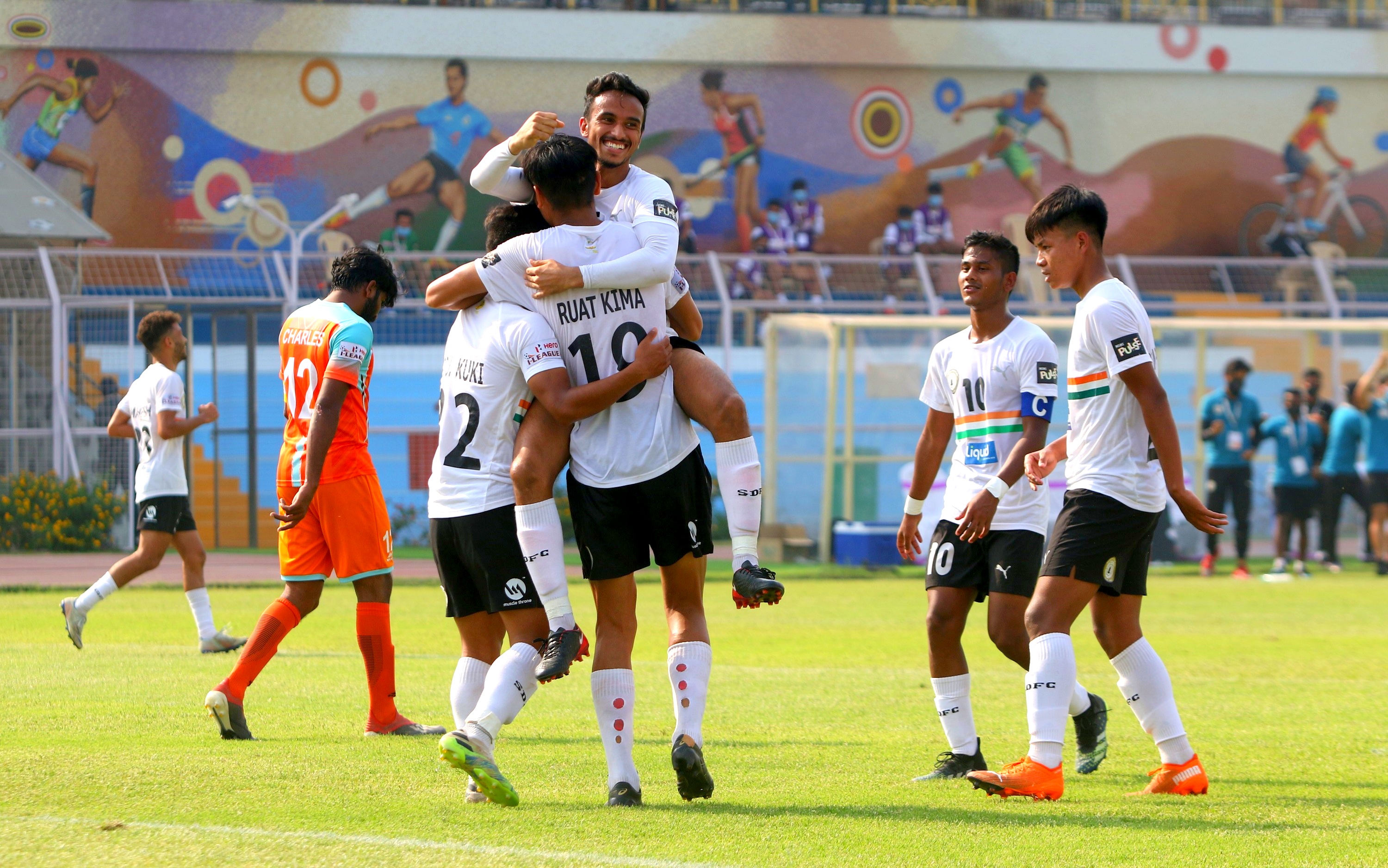 KOLKATA: Sudeva Delhi came back from a goal down to beat Chennai City 2-1 in their Group B fixture of the Hero I-League at the Kishore Bharati Krirangan in Kolkata on Saturday (March 6, 2021). William Pauliankhum cancelled Jockson Dhas early goal, before Hero of the Match Sairuatkima headed in the winner in first-half injury time, and broke Sudeva’s four-game winless streak.

Chennai City came knocking on Sudeva Delhi goal as early as the second minute after Demir Avdic threaded a through pass for Vineeth Kumar, but Sudeva keeper intercepted and cleared the danger. Satyasagara’s side took the lead in the sixth minute after Demir Avdic won the ball of Sairuatkima in the area, and cut his cross back to Jockson Dhas, placed his finish into the right bottom corner.

Sudeva retaliated immediately and Kean Lewis met Naroem Mahesh’s cross, only to have his header blocked in a crowded penalty area in the eighth minute. On the other end, Sairuatkima made sure he would not be beaten for the second time as he tackled Demir Avdic inside the area, sending the ball out for touch on the 12th minute.

Fuelled by his goal against TRAU in the last game, William Pauliankhum came close to levelling the scores in the 18th minute after he cut in and curled his effort, only to see his shot crash against the woodwork.

Sudeva turned up the heat, and forced Chennai City’s Prateek Kumar to be at his absolute best from Kean Lewis and Gursimrat Gill’s long ranger’s in the 30th and 32nd minute respectively. Sudeva finally cracked the Chennai City defence in the 34th minute when William latched on Naorem Mahesh’s through pass and powered his strike through the keeper’s legs and levelled the score line.

Chennai City had three good opportunities to score their second goal. Jockson Dhas was through on goal in the 38th minute, but Kean Lewis’ last-ditch challenge denied him an opportunity to retake the lead. Seconds later, Molerovic failed to hit the target from just inside the area, as he hit his volley wide of the post.

Demir Avdic had another chance in the 42nd minute, a carbon copy of the opening goal, but failed to hit the target from inside the area. With half time approaching, it was Sudeva’s turn to threaten after surviving three close scares. But unlike Chennai City, Sudeva made good of the one chance they got as Sairuatkima headed in Kean Lewis corner, making up for his earlier error.

Sudeva finished the first half with a 2-1 lead over Chennai City. Satyasagara’s side started the second half brightly when substitute Ranjeet Pandre latched on to Sriram’s pass, but could not beat the oncoming keeper Sachin Jha from a narrow angle in the 51st minute. A minute later, Molerovic was undone by some fine last-ditch defending by Lunkim Khongsai as he was looking to pull his trigger.

Chennai City’s two substitute’s Suhail Pasha and Ranjeet Pandre combined to create another opportunity, but Sachin Jha made another solid stop denying Ranjeet in the 56th minute. On the other end, Sudeva skipper Shubho Paul had two back to back opportunities to score in the 59th minute, but could not direct his efforts past Prateek Kumar.

Demir Avdic had a sighter in the 64th minute from just outside the area, but his toe-poked effort flew inches over Sachin Jha’s crossbar. Meanwhile, Sudeva forced the Chennai City keeper into making two stops- first from William Pauliankhum in the 73rd minute and Shubho Paul two minutes later.

Satyasagara brought in Elvedin Skrijelj and Pravitto Raju, and the latter came close to equalise in the 85th minute, when he met Jockson Dhas’ cross, but his diving header ended on the wrong side of the post.

Chennai City pushed and pushed for an equaliser, but the Sudeva Delhi defence stood tall throughout the five minutes of injury time and secured their victory. With the victory, Chencho Dorji’s side now have 12 points from 11 games and move within three points of Aizawl FC. Chennai City, on the other hand, fall more behind in their fight for survival.