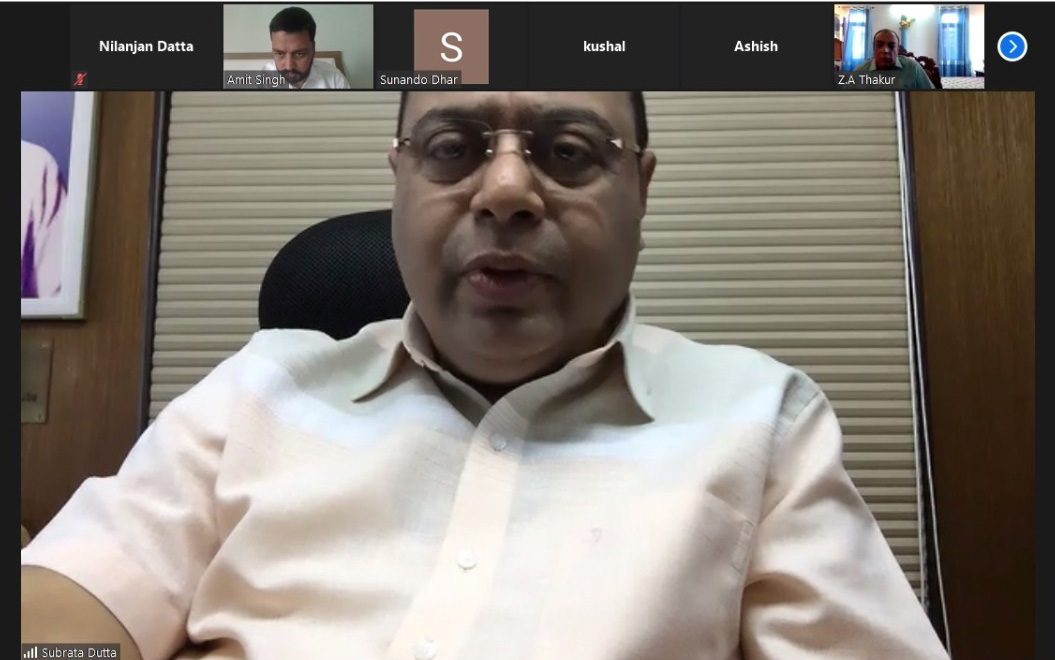 NEW DELHI: Members of the bid committee of the All India Football Federation and representatives of PricewaterhouseCoopers (PwC) met over a video conference to discuss over clarifications which were sought in the previous meeting (July 31, 2020) from the three prospective clubs — Sudeva (Delhi), Sreenidhi (Visakhapatnam), and Ryntih (Shillong) – for participation in the Hero I-league 2020-21.

After scrutinising the clarifications sought for from the submitted documents, and also presentations from the respective bidders in the previous meeting (July 31, 2020), the Committee, after consultation with PwC decided to grant playing rights to Sudeva in the forthcoming Hero I-League 2020-21.

The Committee also granted playing rights to Sreenidhi in the Hero I-League from 2021-22 onwards.

League Committee Chairman Mr. Dutta said to www.the-aiff.com: “I on the behalf of AIFF, welcome Sudeva to the Hero I-League family. I wish them all the best and look forward to a competitive league.”

“I would also like to congratulate and welcome Sreenidhi from the 2021-22 edition of the Hero I-League.”

“With Sudeva FC joining the fray, we now have 12 teams competing in the next Hero I-League. Most significantly, we now have a representation from the Capital,” Mr. Dutta averred.

“Sreenidihi is also a well-organised professional club with good infrastructure and facilities. Their participation would naturally enrich the Hero I-League from 2021-22 onwards,” he added.

“Both the clubs have been contributing to the youth football development in a big way for some years.”

General Secretary Mr. Das mentioned how the introduction of teams from new cities falls in line with the AIFF’s Strategic Plan to broad base the game and move forward together with all stakeholders.

“Welcome Sudeva to the Hero I-League family.  We have been working to get teams from different regions and cities to reach out to newer fans and provide the Hero I-league more pan Indian presence which is in line with the AIFF Strategic Plan. Good luck,” Mr. Das stated.

He also expressed his pleasure that Sreenidhi will be playing from Vizag from 2021-22 season.

League CEO Mr. Dhar hoped that like in the past, the introduction of a team from a new region will rejuvenate the ‘beautiful game,’ further.

“We have seen in the past that the inclusion of a team from a new region has acted as a catalyst to develop football in that region. We are confident Sudeva from this season and Sreenidhi from next season would help develop and popularise football pan India in the coming years,” Mr. Dhar expressed.