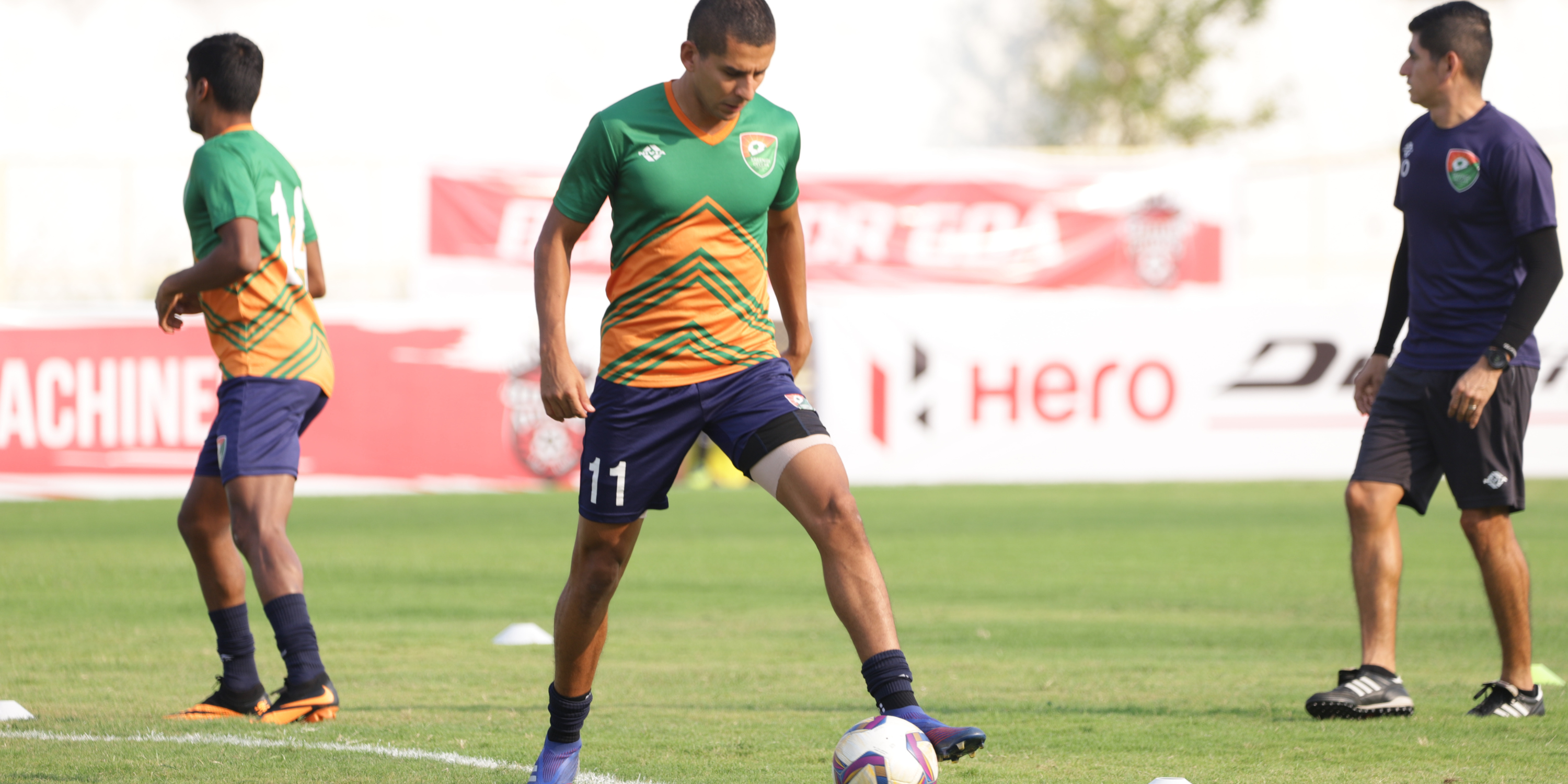 HYDERABAD: Sreenidi Deccan FC will play their first home match of the season against TRAU FC at the newly-built Deccan Arena in Hyderabad on Thursday, November 24 at 2:00 PM.

Both sides head into the contest on the back of solid wins in their previous matches. Sreenidi Deccan edged out Churchill Brothers 3-2 in a thrilling contest in Bambolim on Sunday. TRAU put on a flawless performance at home to beat Mumbai Kenkre 3-0 on Monday.

Sreenidi Deccan head coach Carlos Vaz Pinto was elated with their first win of the season. “Three points away from home against a good team gives us a lot of confidence. We didn’t just control the match but dominated it. I’m very happy with my team’s performance,” he said.

The Portuguese, hoping to notch a win in the inaugural Hero I-League match at the brand new Deccan Arena, gave his assessment of their opponents for Thursday. “TRAU have done well in their matches so far. I think they might try to keep a clean sheet and play on the counter against us because it’s their away match. We have to be focused and play the game we want to play,” said an anticipative Pinto.

Pinto’s counterpart and TRAU FC head coach Nandakumar Singh is equally glad with his side’s display so far. “We have had a good start to the season. Our boys’ morale is high after the big win over Mumbai Kenkre. It was a very exciting match in front of our fans,” he said.

Tajik forward Komron Tursunov notched two goals, including a thunderous strike from 35 yards out, in his first start of the season after returning from international duty. Nandakumar is well aware of just how important the 26-year-old is for the Red Pythons. “Komron has been with TRAU for a few years now. We know of his terrific goalscoring ability. He is very happy with us and I hope he will do even better in the coming matches.”

“We want to keep this momentum going. Sreenidi is a very well-balanced team, so tomorrow we’re expecting a tough and competitive match with high intensity,” said Nandakumar.

Nandakumar led TRAU to a sensational third-place finish in his first full season with the club in 2020-21. The 62-year-old is now determined to do even better. “We want to lift the Hero I-League trophy this season,” he hoped.