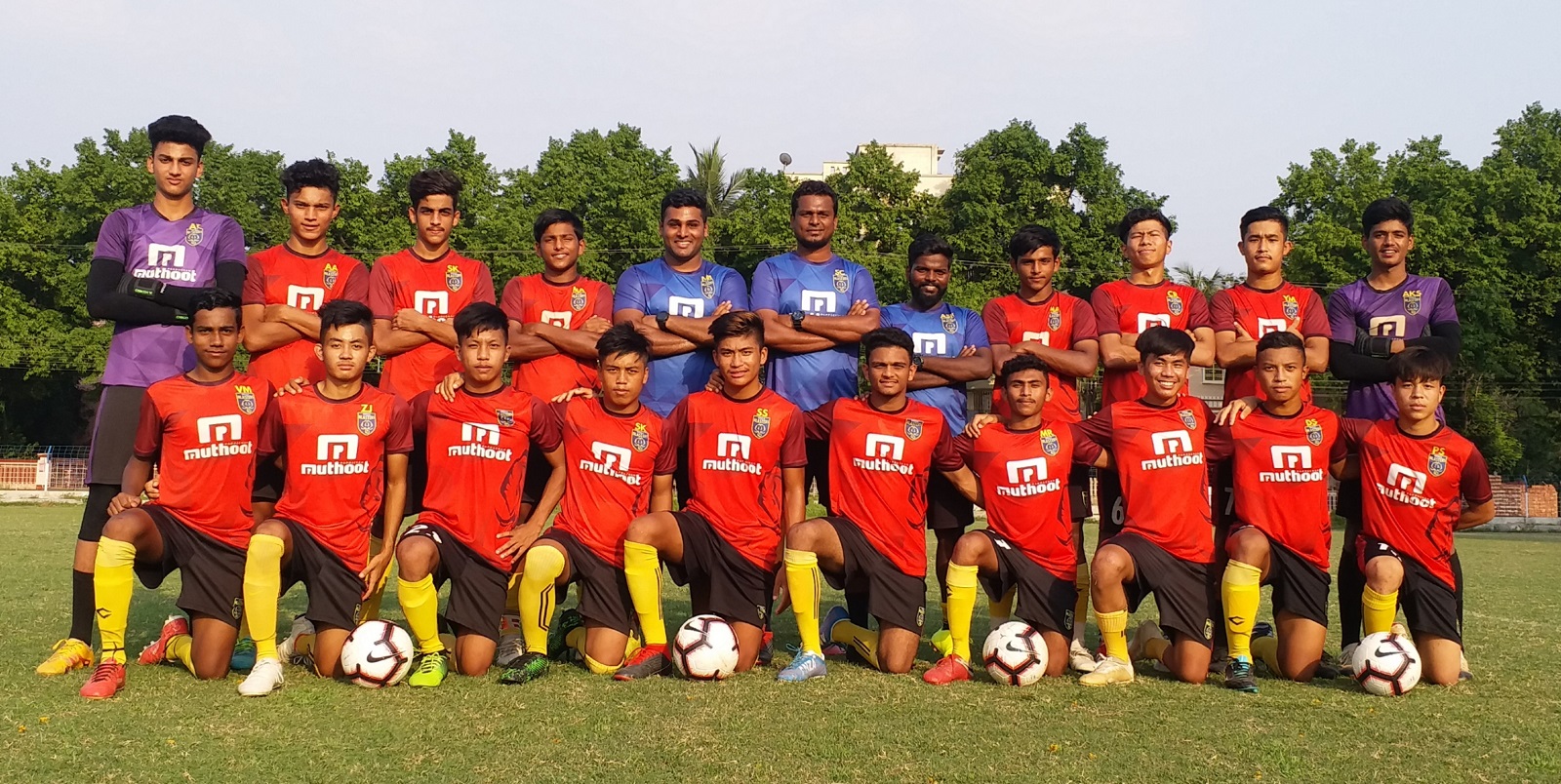 Kolkata, May 26, 2019: The Hero Junior League is well underway, and Kerala Blasters have made an incredible journey that saw them make it to the semifinals. However, it is their intent towards developing the game, that seems to have reaped the results so far.

The Kochi-based side has, this season, launched its residential academy for the first time, something that has helped them put together a team that knows each other.

“We’ve started a residential academy this season, and that has really helped bring chemistry into the team ahead of big tournaments like the Hero Junior League,” said their Junior team coach Shameel Chembakath.

While this has helped identify players whose bone ages are above 16.44, a number of clubs have missed out on a few of their players.

“We have missed out on a few players after the TW3 testing, but we have had to go ahead without them,” said Shameel. “The results that we have got, really go on to show that we can progress deep into the tournament with the players that we have, and that’s a great sign.”

The side from Kochi has had a long journey, having topped the Rest of India Zone Group D, after which they were pitted against some tough opponents in the Playoff Round Group A – Quess East Bengal, Raman Sports Academy and Dhanbad Football Academy.

However, the Blasters managed to steer clear of that group as well, before being pitted in what was arguably the toughest group in the Final Round. The likes of Mohun Bagan and Churchill Brothers turned out to be a rather difficult affair.

The three teams finished on the same number of points – six – and the Blasters merely eked through on the basis of a better goal difference record against Churchill Brothers and Mohun Bagan.

Shameel believes that his boys have been consistently making it out of such tough groups due to the mental strength that they have developed over the course of their preparations for the Hero Junior League.

“Some of these boys played the U-13 league last season, so mental fitness for this level was required,” said Shameel. “We played the Subroto Cup and the KFA Junior League before this tournament, and our exploits there have really helped these boys.”

With the major part of the tournament done, the Kerala Blasters Junior side is now set to face off against Southern rivals Bengaluru FC in the semifinals at the Kalyani Stadium in West Bengal, on Monday.

“BFC are a good team, but we have prepared well for them. Now that my boys have developed the mental fitness to get out of difficult situations, they need to understand different strategies and how to implement them against different opponents. That will be the key against Bengaluru FC,” Shameel signed off.