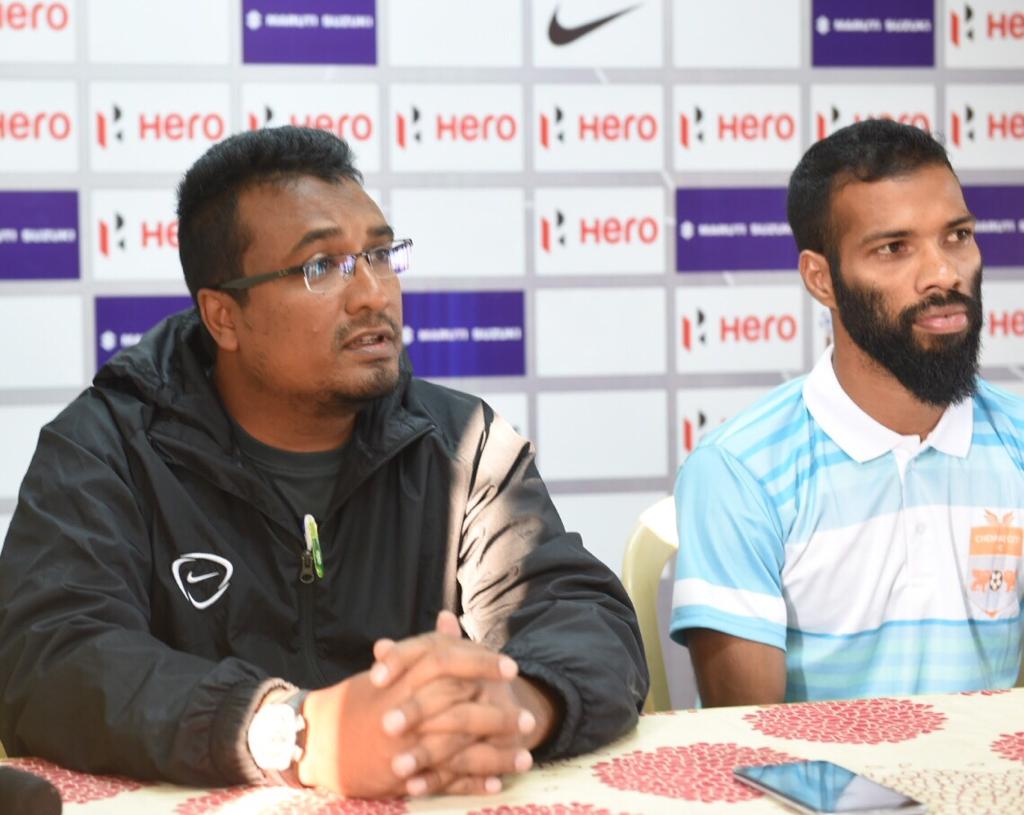 Coimbatore, March 8, 2019: Just about a year ago, they were seen as an inexperienced side that barely managed to avoid relegation from the Hero I-League. Now, however, Chennai City FC are on the verge of making history, as they look to get three points in their last match of the 12th Hero I-League against defending champions Minerva Punjab and lift the trophy.

Chennai City made their debut in the Hero I-League last season, and although they showed a lot of promise, the Coimbatore-based side could only muster up a finish in the bottom half of the table.

Cut to the current season Head Coach Akbar Nawas seems to have given them the Midas touch, as they have produced a dominating display consistently throughout the championship. Not only have they managed to beat most of the top teams, but they have also been able to conjure up an exciting brand of football, that has drawn fans from far and wide.

“The emphasis has always been to mould the team in such a way that they play attacking football,” Akbar Nawas said to I-League.org. “We have consistently played well against top opposition, and while the results may not have always reflected that, we actually did dominate our opponents.”

Indeed, Churchill Brothers and Real Kashmir are the only two sides that have so far been able to beat Chennai City so far.

While Chennai signed Nawas ahead of the Hero Super Cup last year, the Singaporean coach has brought in certain key players, namely the Spanish Armada, who have grabbed all the eyeballs this season.

“We identified certain foreign players, who we thought could help mould the team into an attacking unit,” said Nawas. Indeed, the team from down south has scored the highest number of goals so far (45), which is 10 more than the second highest-scoring side of the season – East Bengal.

The presence of their four Spaniards – Pedro Manzi, Nestor Jesus, Sandro Rodriguez and Roberto Eslava – have galvanised the side into a formidable unit, believes Nawas.

The Indian masala in a Spanish curry

The Singaporean, however, is quick to admit that despite their strong foreign contingent, the groundwork for this season’s good showing was laid in the last campaign, when a number of the local youngsters came into fore.

“The likes of Pravitto Raju, Edwin Vanspaul, Gaurav Bora, Romario Jesuraj, and many others, have done exceptionally well,” said Nawas. “They have learnt a lot from the foreigners and implemented the plans on the pitch.

“The main thing is that these guys were willing to learn from the foreigners and improve their own game. They all play for one another, which is why we have been able to play such an entertaining brand of football this season,” said Nawas.

Although the task is not yet done, the title is still within grasping distance of Nawas’ boys. All they need to do is to ensure that they get three points against Minerva Punjab, and they will win their maiden Hero I-League title.