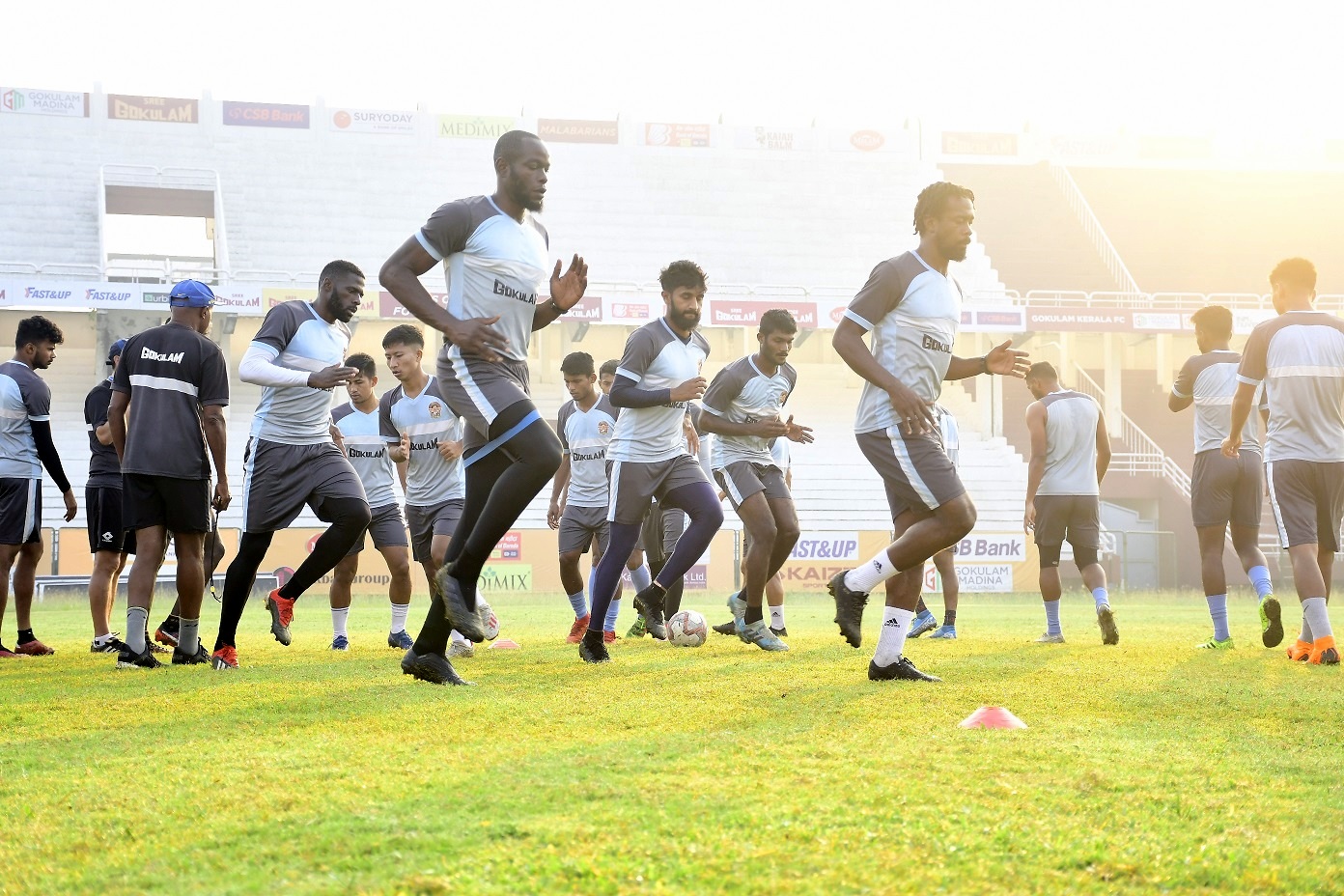 Kozhikode, January 08, 2020: The action shifts to the south as Hero I-League gears up for its southern clash. Gokulam Kerala FC will play host to the defending champions Chennai City FC on Thursday (Jan 9, 2019) at the EMS Stadium in Kozhikode in a much-awaited encounter for southern supremacy.

The match will be broadcast LIVE on DSport from 7:00 PM onward.

Gokulam Kerala will be disappointed that they could not make the most of one-man advantage against Aizawl FC in the last match, where for most of the second half they dominated every aspect of the play with a plethora of attacks.

Gokulam Kerala are currently fifth in the table with seven points from four matches. After going winless for the last two matches, it will be interesting to see how Gokulam can live up to the expectation before hosting the reigning champions who haven’t hit the gas until now.

Fernando Andres Santiago Varela, Head Coach, Gokulam Kerala FC reflected on the previous match, “Aizawl did a great defensive job, we tried anyway but their goalkeeper stood out throughout the game. These are things that happen in football and you have to accept them. The important thing that we always maintained our competitive and offensive spirit trying to win with good football.”

He further spoke about Chennai City saying, “Chennai is the current league champion. When you get a championship you deserve respect, we never look at the names of the players but the ability to generate good tactical quality and Chennai City surely have it.”

Chennai City FC, on the other hand, haven’t had much luck this season. Stricken with injuries and being marred by the loss of their marquee striker Pedro Manzi, the defending champions are faced with an uphill task.

Chennai have mustered five points from the first five games and a win seems to be must to boost the morale of the team. Though, the salvage for the team has come in the form of Hero I-League veteran Katsumi Yusa and Captain Roberto Eslava Suarez who have looked calm even in the face of adverse situations.

The team which conceded two first-half goals against Real Kashmir came out with a much-improved display in the second half showing their true potential which will be hopeful of only doing better from here.

Commenting on the loss of Pedro Manzi, Head Coach, Akbar Nawas said, “Our Management is looking into it and we will make a decision in time to come if a replacement is needed.”

Speaking about the home team he said, “They are really a good team and I am sure they seem to be one of the favourites this season. It will be a tough and competitive game for us.”