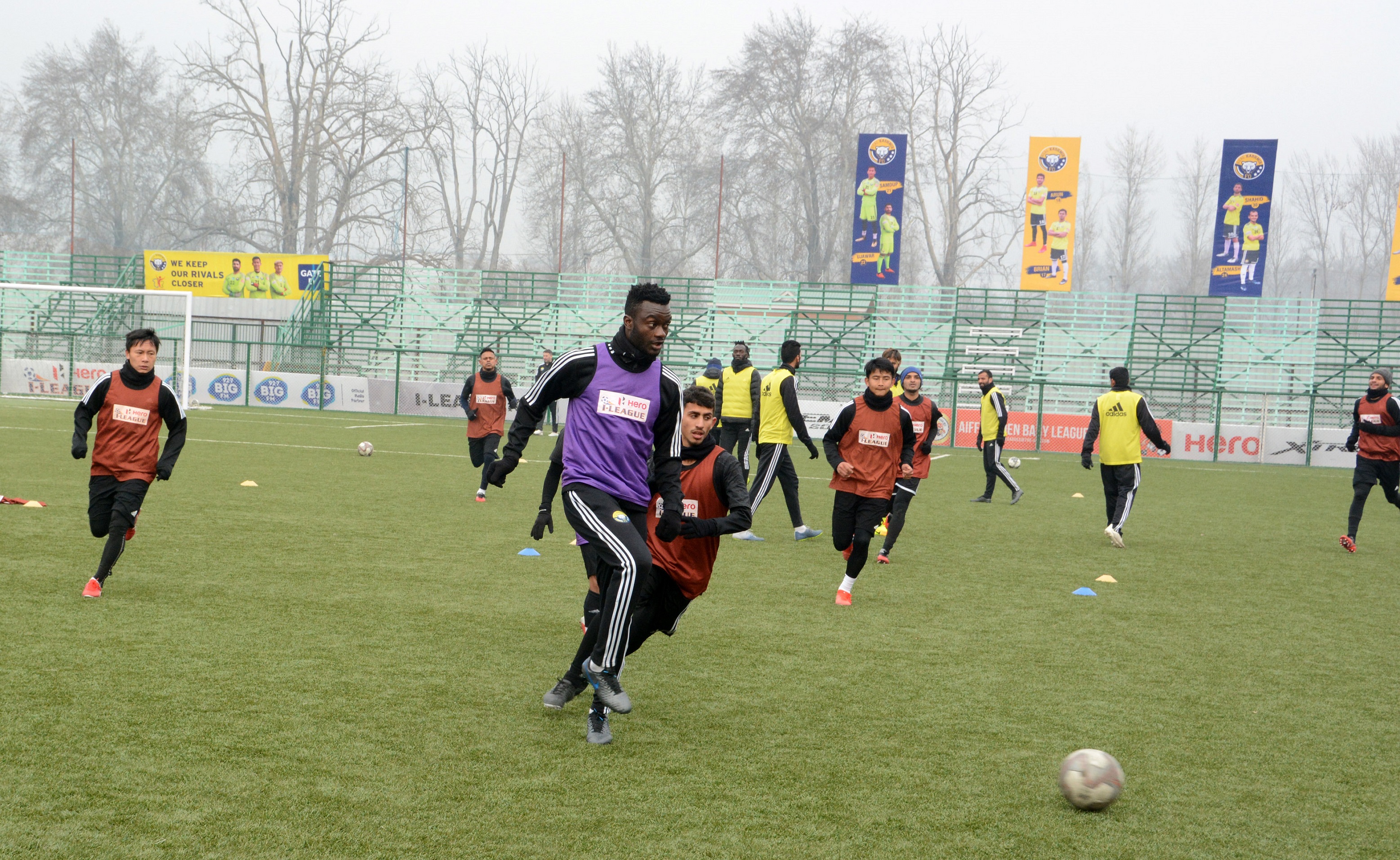 Srinagar, January 04, 2020: Real Kashmir FC will play host to Mohun Bagan at the TRC Turf Stadium on the first Sunday (January 5, 2020) of the new year in what’s going to be their second home fixture after beating champions Chennai City FC in December 2019.

Before going back to Srinagar, the Snow Leopards had earned crucial points on the road against Quess East Bengal and debutants TRAU FC.

Their direct and attacking football finally paid off in their first home match of the season as they defeated Chennai City by a scoreline of 2-1 with both the goals being created by Kallum Higginbotham, who has joined the team in this season.

David Robertson, Head Coach of Real Kashmir FC commented on Kallum’s ability to adapt to the team, saying, “Kallum is an experienced player who has played at a high level. He has the experience and knows how to get into areas to hurt teams. He has done well and his attitude is great which has allowed him to settle in pretty quickly to the I-League.”

On being asked about Mohun Bagan, he added, “We are all looking forward to welcoming such a historic club to Kashmir and we are all in anticipation of playing against them. It will be a great occasion.”

The Mariners, who had a mixed start to the season with a draw and a loss, have found their much-needed form to the liking of their huge fan following. The return to form has been in style and the Kolkata giants, at the moment, have the best record attacking record of the league with eight goals and their Spanish flair has certainly has been a major impetus.

Mohun Bagan will be banking on their Spanish talisman Francisco Gonzalez who has scored five goals in the four matches as well as Joseba Beitia who has been an architect in the midfield.

Kibu Vicuña, Head Coach, Mohun Bagan, said, “It is a big occasion and opportunity for us to play in Kashmir. Last season, the stadium was so filled that there was no space to sit in the stands and people were queuing outside. It is overwhelming to see such support here not only for the home team but also for us.”

“They will have huge support and the weather conditions suit them very well as their team are habituated to playing here. I hope we will be able to present the people of Kashmir an afternoon of great footballing action,” he added.

The match will be telecast LIVE on DSPORT from 11:30 AM onward.