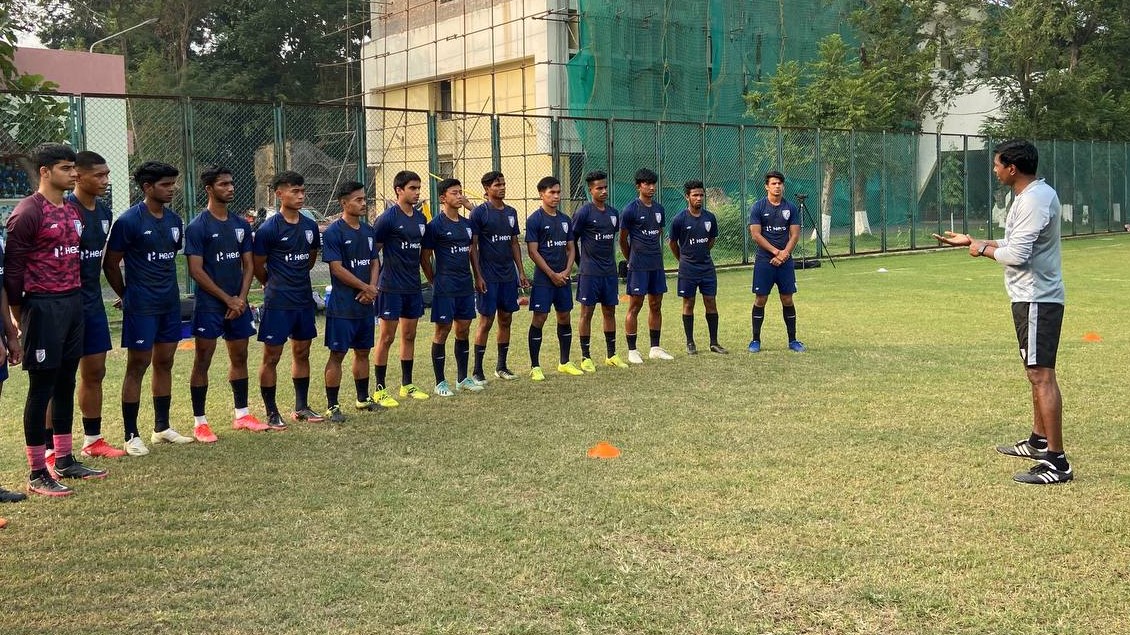 KOLKATA: The Indian Arrows have made the most of this two-month break with their training camp in Bhubaneshwar, despite Covid temporarily halting the Hero I-League, and are integrating new players into the team.

“I would like to thank the Odisha Government, they have made us feel very welcome and comfortable. Staying inside the bubble for such a long period of time is very challenging, especially for this young team. We did not take any break following the halt in tournament and the players have cooperated really well with us. They know that this tournament will benefit this team and themselves in the future,” said head coach Shanmugam Venkatesh.

The current squad of Indian Arrows will be representing the country in the SAFF U-19 Championship and the AFC U-20 Asian Cup Qualifiers later this year and Venkatesh is of the opinion that playing in the Hero I-League will help immensely in preparation for that.

“I feel that the Hero I-League is a physical league, and that is one of the major factors that benefits us. It is a big learning curve for the team and this is the stage for us where we will come up against senior teams from all age groups. Teams like Japan and other Asian countries can play a very physical game and we need to be up for it,” he said.

The likes of Himanshu Jangra, Macarton Louis Nickson and others have been added to the Indian Arrows squad and Venkatesh is happy with their induction.

The Arrows held their own against TRAU in the opening game of the Hero I-League, drawing 0-0, and Venkatesh was happy with the performance.

“The boys gave their hundred percent on the field. Also, last year our approach was a bit different as it was more about gaining experience but this time, I think the boys just need to enjoy the game again. Also, the result is more important and the Indian Arrows is not just a developmental project. This time, I am confident we will get some fantastic results,” he asserted.

Midfielder Harsh Patre is in his second season in the Hero I-League with the Indian Arrows and he believes the team is more confident this time around.

“Last year was a good experience for me, but this year we are more confident about our game as a team. This is a great platform and opportunity for us. Being in the Indian Arrows team and playing in big tournaments such as the Hero I-League has helped me grow as a player and improve a lot,” he said.

“But this year, we are all looking forward to the AFC U-20 Asian Cup Qualifiers,” continued Patre. “That’s the ultimate target as of now, to be able to rub shoulders and compete with the best in Asia, and hopefully qualify for the main tournament ahead.”

The Indian Arrows resume their Hero I-League campaign against Sudeva Delhi FC on March 4, 2022. The match will be broadcast Live on 1Sports and streamed live on the 1Sports Facebook page.