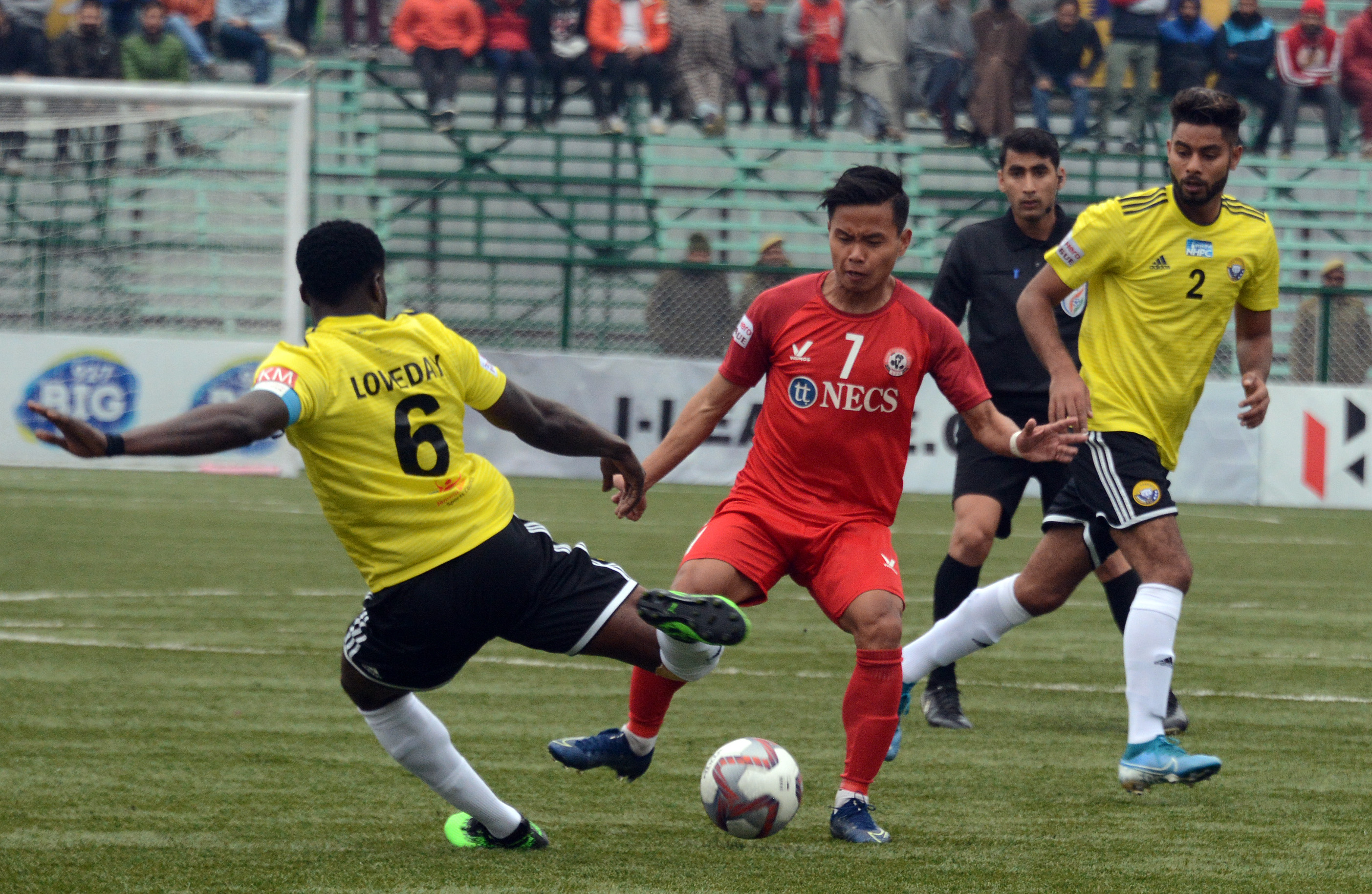 In this 13th Hero I-League reverse leg fixture, the Snow Leopards were given the lead by Scotsman Mason Robertson in the first half and it was looking quite comfortable for the hosts after Englishman Kallum Higginbotham doubled the lead at the beginning of the second. However, young Rochharzela had other ideas for the visitors — coming up with a double-strike in the space of three minutes to stun the home supporters present in the stands.

Kashmir join the likes of Chennai City and Churchill Brothers on 19 points to enter the top five at least momentarily after 13 games, while Aizawl secure a crucial point to climb just above the relegation zone with 16 points from 14 games.

The first of three Hero I-League games on Leap Day, it gave the feeling for major parts of the game that it would go the same way as the first leg did on the first day of February 2020, where Kashmir picked up a 2-0 win.

However, Aizawl continued their habit of scoring late as Hero of the Match Rochharzela’s twin strikes in the 84th and 87th minute today were their seventh and eighth goals scored in the last 15 minutes this season.

Aizawl had as much as 68% possession in the first half and three corners as compared to Kashmir’s none, and were looking enterprising with their passing game. But, it was the home side which got the all-important goal.

It came in the 36th minute from coach David’s son Mason, who can now easily be called Kashmir’s most lethal scorer with six goals to his name already this season.

The scoring opportunity came through an error from Aizawl’s Lalhmangaihkima, who started today in place of Jonathan. Kima received a loose ball outside his own box with an open field in front of him to initiate a counter but needlessly handled the ball.

From the resultant set-piece, Robertson powered a right-footer around the wall and into the Aizawl net. Keeper Zothanmawia scrambled haplessly to get a hand to it but the shot had too much power.

Kashmir did manage to get their first corner as soon as the second half began but their second goal came a bit later. Mason had a role in this one as well as he played Ritwik Kumar Das in after another defensive lapse from Aizawl — this time by Ghanaian Joseph Adjei, who conceded possession with a loose clearance.

The talented Ritwik, who displayed some deft moves throughout the game, broke inside the Aizawl box in a flash with a couple more and squared the ball back to an unmarked Higginbotham. The English winger made no mistake with a calm and composed finish, slotting it home between the keeper and defender.

Even though Robin Singh made a hash of a 78th-minute penalty, which was won thanks to another dangerous Mason cross handled inadvertently inside the box by Adjei, it did look as if Kashmir would log all three points.

However, with just over five minutes left for the game to end, Aizawl got a penalty for themselves when Zoherliana was deemed to have been fouled inside the box by Loveday Okechukwu. From the resulting opportunity, Rochharzela converted confidently.

Just three minutes later, the youngster brought down a long ball by Rosanga beautifully inside the Kashmir box on the right and in one action, he got ahead of his marker to find just keeper Phurba Lachenpa standing between him and the target. Zela placed a perfect right-footer over the keeper’s head and away from him to lodge the ball into the top left corner to complete a sensational comeback for his side.

It was a thrilling finish to the game and it was hosts Real Kashmir, who were left to rue their missed penalty at the end.