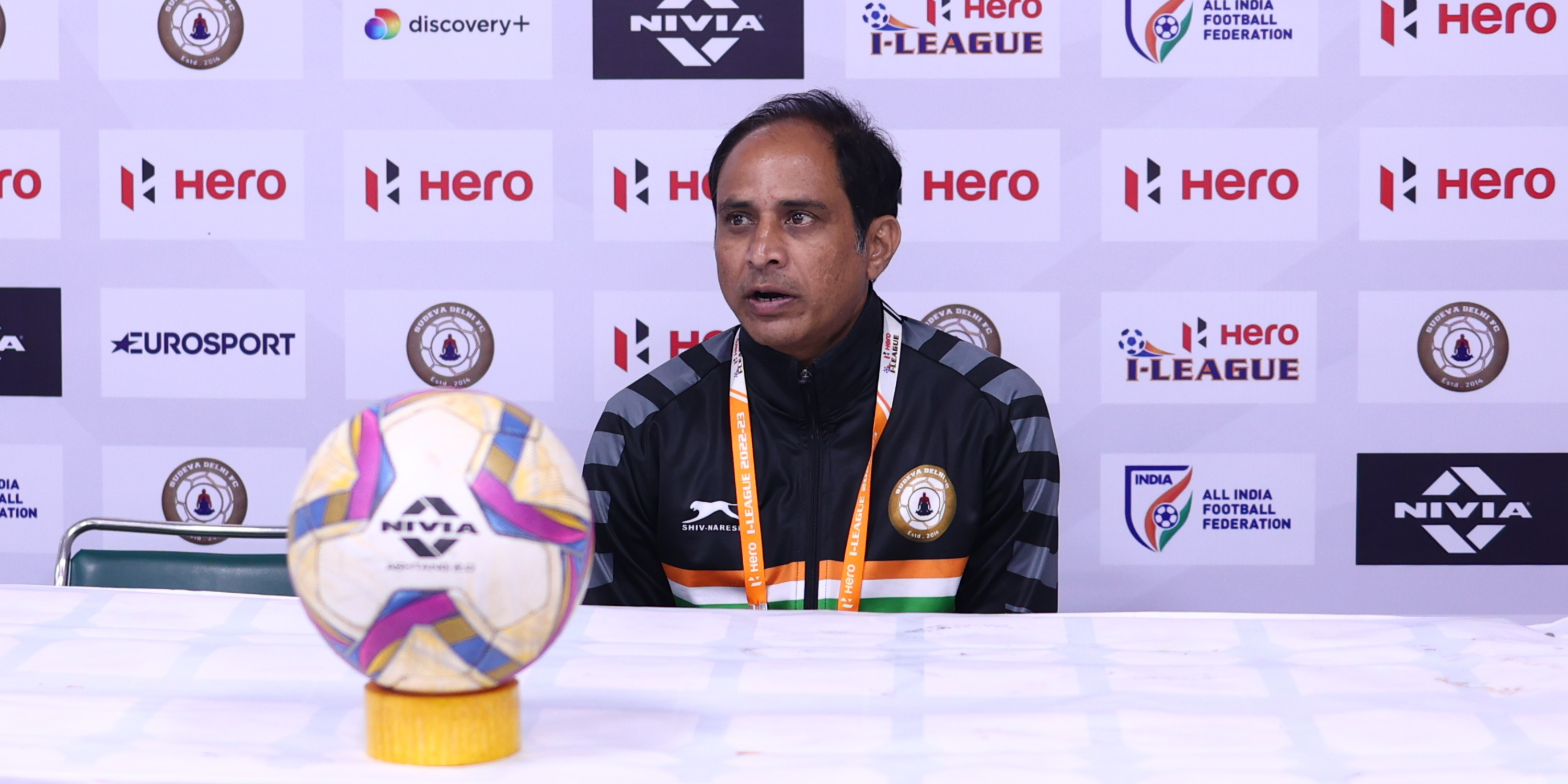 NEW DELHI: With no points in the first seven matches and the threat of relegation increasing with every passing week, Sudeva Delhi FC desperately required a quick turnaround to salvage their Hero I-League season. In mid-December, Japanese head coach Atsushi Nakamura was let go and in came Sankarlal Chakraborty, as the club placed its faith in a renowned Indian name.

The former Mohun Bagan head coach had an instant impact as Sudeva Delhi opened their account for the season with a 1-1 draw against Mohammedan Sporting in their last match before the winter break. Although conceding an injury-time equaliser denied the capital side all three points, Chakraborty was reasonably pleased with his team’s performance, where they netted just their fourth goal of the campaign.

Interestingly, this is the third time Chakraborty has taken over a club mid-season. After learning his trade as Sanjoy Sen’s assistant coach at Mohun Bagan for three seasons from 2014-15 to 2016-17 (winning the Hero I-League title in the first season), he was promoted to head coach in the middle of the 2017-18 campaign and led the Mariners to a third-place finish. Later that year, he won his first piece of silverware – the Calcutta Football League – as Mohun Bagan emerged unbeaten champion. 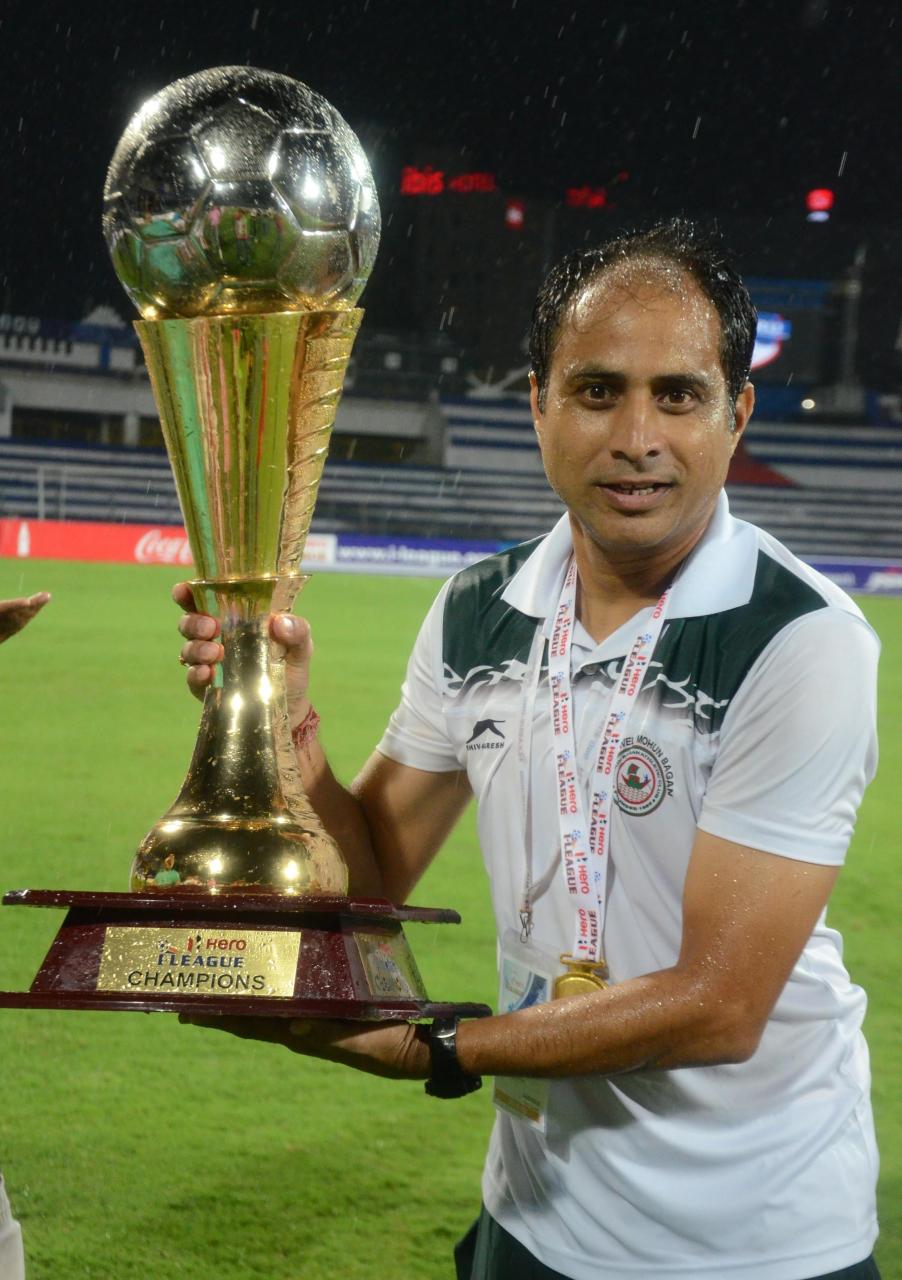 Chakraborty’s last Hero I-League assignment came in 2020-21 with Mohammedan Sporting. He actually began the season as the club’s technical director before being named head coach for the last seven matches, where he helped the Black and White Brigade qualify for the championship stage.

“After that, I took a break from coaching to fully concentrate on my Pro-Diploma. Just when I completed the course, Sudeva Delhi co-owner Anuj Gupta, who is also a close friend of mine, approached me for the head coach position at the club,” said Chakraborty.

“I took my time, watched some videos and learned about the players. I was impressed with how youngsters formed the majority of the squad. Coaching a team filled with young Indians was a challenge that attracted me, and it made me return to the Hero I-League dugout with Sudeva Delhi,” he added.

The winter break has come at the right time for Sudeva Delhi, giving Chakraborty a sort of mini pre-season to plan his strategy for the new year. “I’ve been here for only over a week now, and I’m still getting to know the players. I’m also aware that reinforcements to the squad are an urgent requirement. We are in talks with a few players and are awaiting their arrival at the club. We hope they can join us as soon as possible, so we can come back strong after the break.”

In their short history, Sudeva Delhi FC have been known to promote young Indian talent, as evidenced by their all-Indian squads in the previous two Hero I-League seasons. Replicating that, Chakraborty named an entirely domestic line-up in his first match in charge with an average age of just 22 years, the lowest in the league this season. “As an Indian, I’m strongly in favour of giving youth chances in big games, which will ultimately benefit Indian Football. We have plenty of youngsters in the team along with a few senior and mature players. The right mix of youth and experience is always helpful,” he stated.

Right now, Sudeva Delhi are at the foot of the table, nine points away from safety, with just 14 matches left to play. And while ensuring Hero I-League football for next season is a big ask, it is not the only ask, according to Chakraborty. “Of course, avoiding relegation is our prime objective for the remainder of the season. But we also cannot overlook the development of young players, which is central to the philosophy of Sudeva Delhi,” he affirmed.