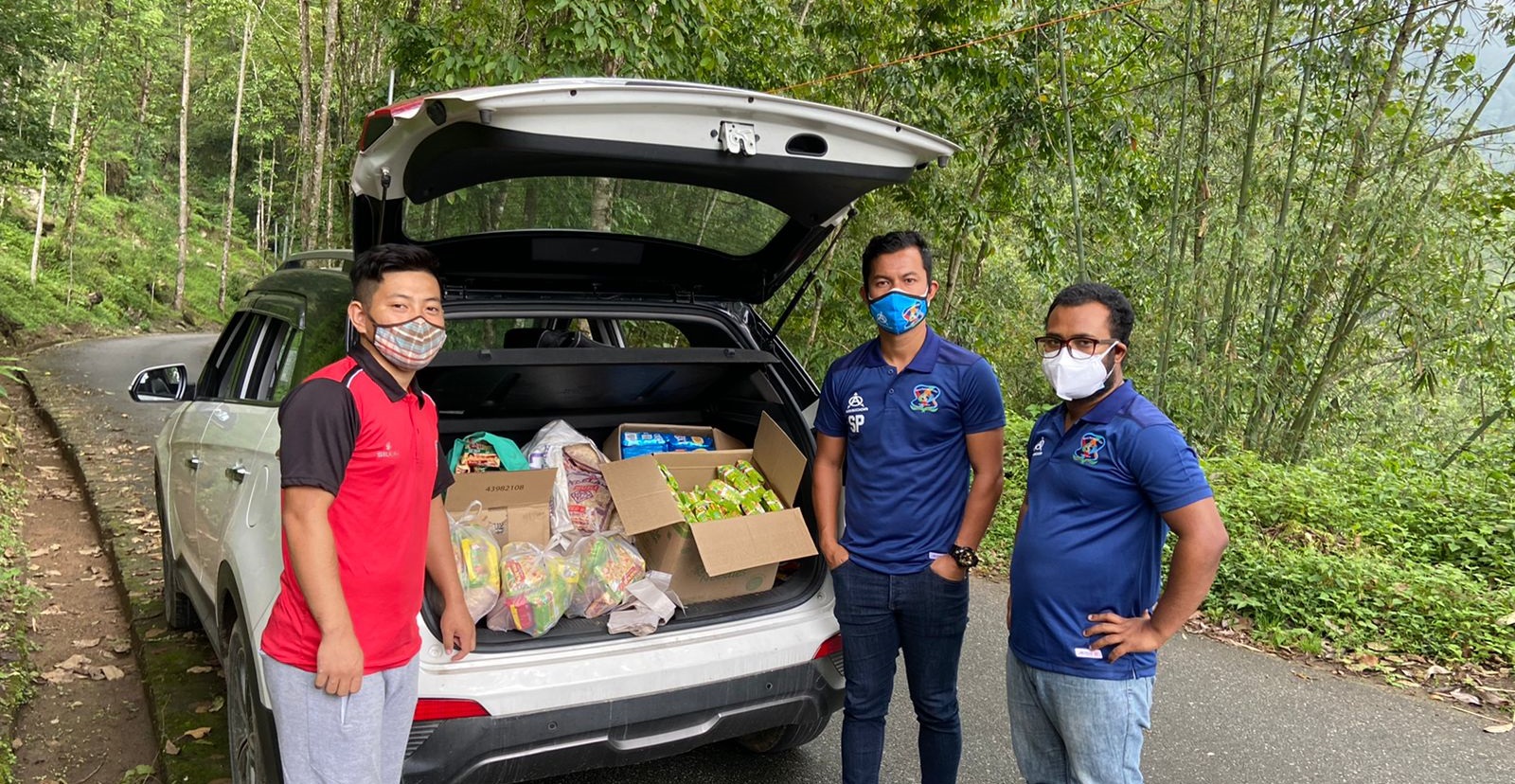 NEW DELHI: Veteran midfielder Sanju Pradhan is currently busy preparing for the challenges that lie ahead in the Hero I-League Qualifiers with his new club FC Bengaluru United. However, till he had joined his teammates for their pre-season routines, the 32-year-old was busy giving back to society.

Active footballers do not get to spend a great deal of time at home, and when Sanju Pradhan was afforded such an opportunity, he used the time to help out the people in need in his native village of Daramdin, in Sikkim.

Sanju, who has represented India as well on the international level, has opened his own football academy in Sikkim, through which he attempts to do his social work. “I myself am from a no-so-affluent background, so I understand when people come to me and ask for help,” Sanju said to i-league.org. 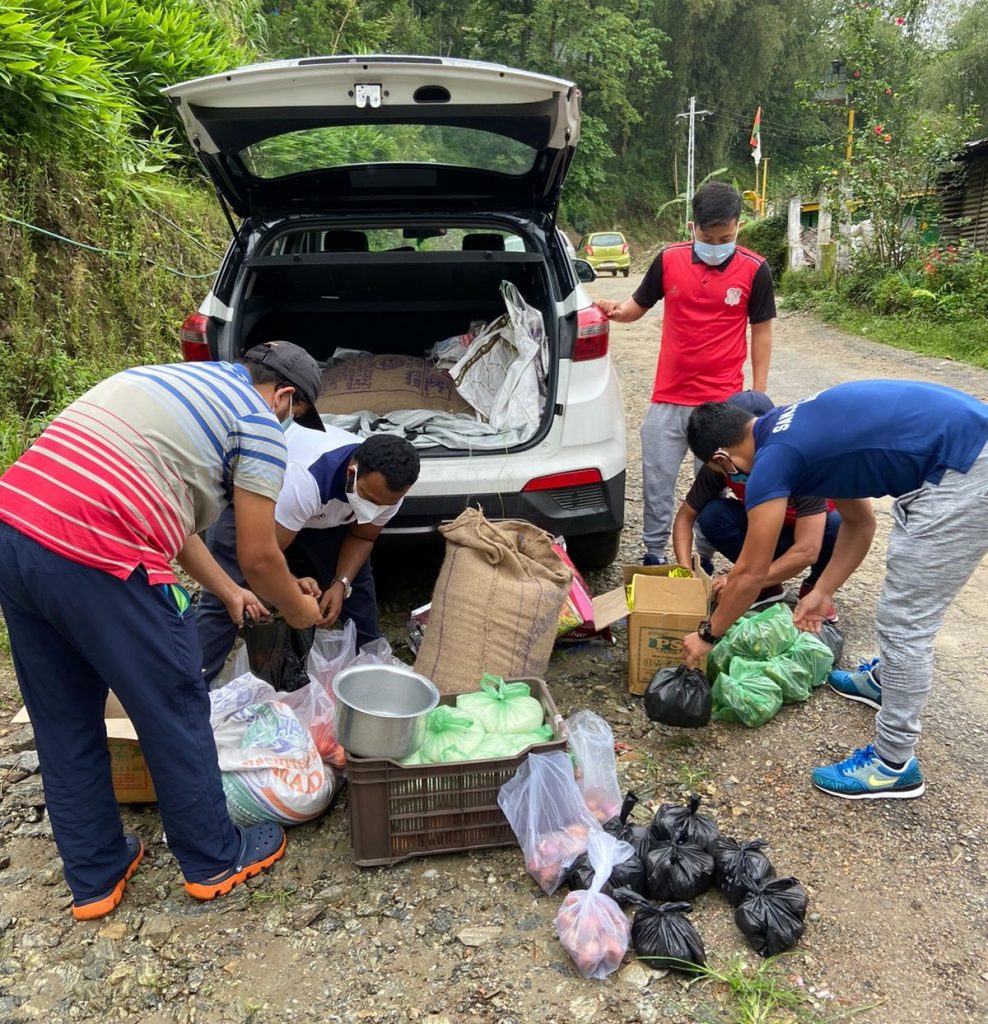 During normal situations, Sanju and the band of aspiring footballers who train in his academy send relief rations to the forces that are stationed near the area. However, it has been different ever since the pandemic struck.

“Normally we send such relief rations to the forces, like SSB, BSF, and Police. They have to work in harsh conditions, and we always try to help them out. But this time, during the pandemic, many people lost their jobs, or have not been able to get the basic necessities,” said Sanju. “We have had so many requests that we decided to help out anyone who needed aid.”

“The Pandemic has affected so many people across so many towns and villages. People in the rural areas have been affected even more, especially the daily wage workers,” he continued. “But what is so good to see is that its not just the academy kids who have come out to help this time. The people of our locality have also come out to help one and all, and that is heartening to see. We send relief rations to people that are in need. It is basic stuff like rice, dal, oil, sugar, salt – just the essential, but if that helps people in any way, we are happy.” 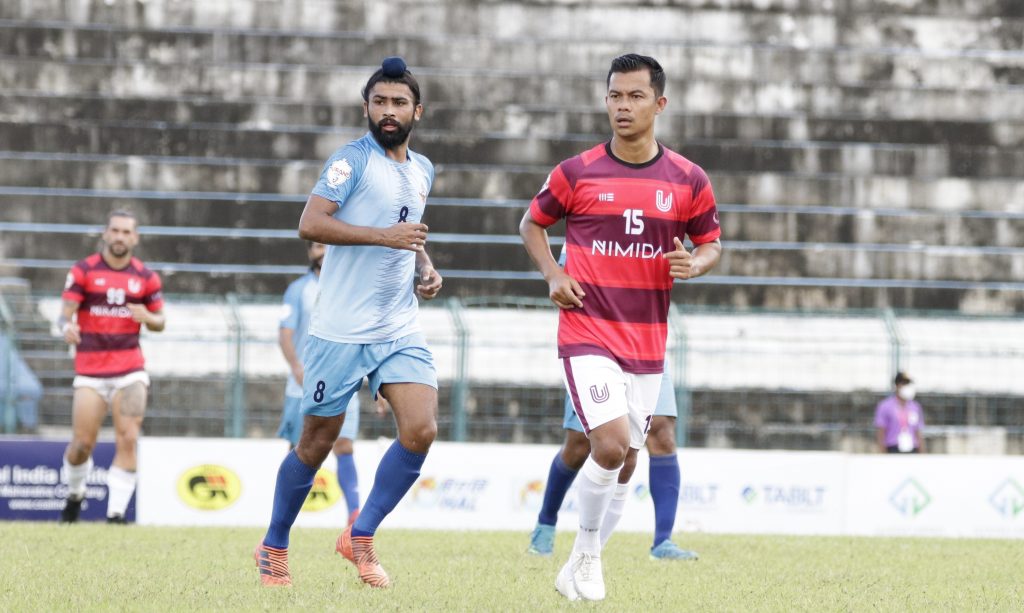 While Sanju Pradhan has now with his club FC Bengaluru United, playing in the Durand Cup, before travelling to Bengaluru for the Hero I-League Qualifiers, the work in his hometown continues.

“It’s very important for me to be able to help, especially since I am also from a family of poor farmers. Football has given me a lot of things in life, and I feel that it is also important to give back to society. It’s as big an achievement for me as winning any tournament,” he beamed.