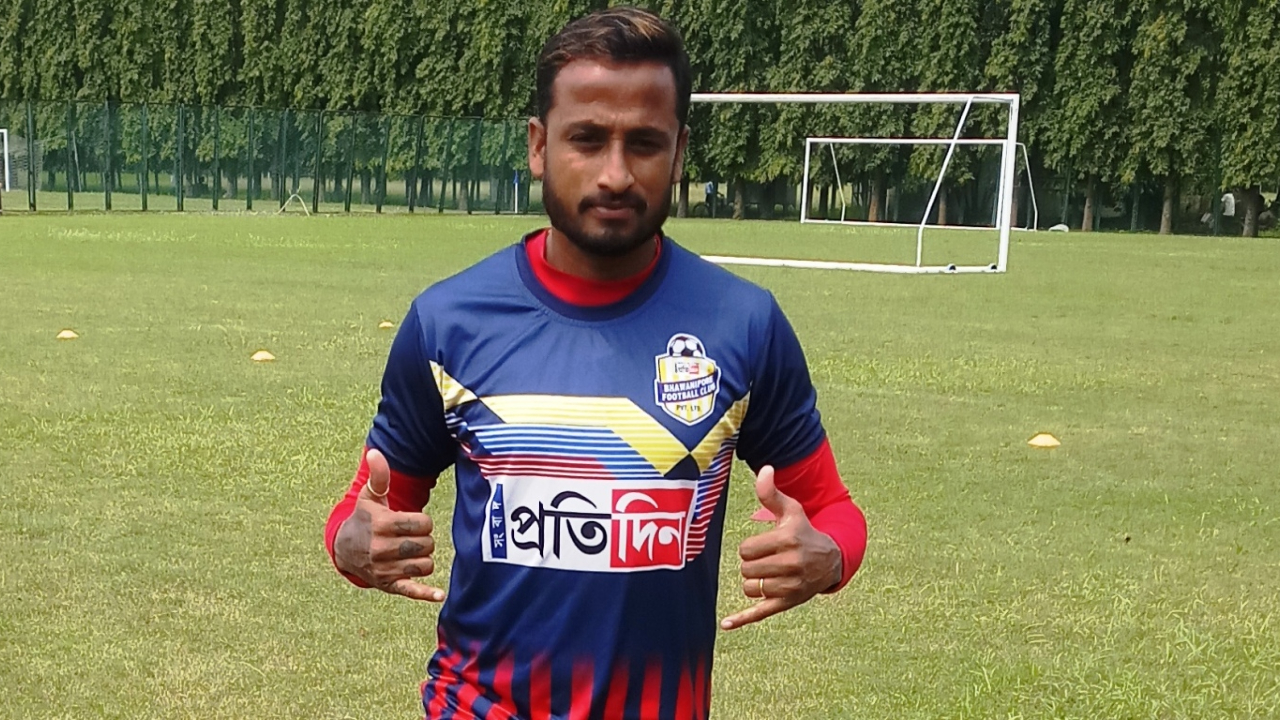 KOLKATA: Amidst the array of youngsters awaiting their chance to be a part of history as India’s first sporting tournament post the COVID-19 lockdown, is experienced campaigner Kingshuk Debnath, who will be imparting his experience to the Bhawanipore FC camp.

The 35-year-old from Katwa, West Bengal, has played for some of the biggest teams in the country, but preparing for a tournament which has numerous COVID-19 safety regulations in place is a first for the seasoned defender.

“As footballers our primary prerogative is to stay fit enough to be available for team selection. We have never played with such rules before, but these are in place to ensure that we ourselves stay fit and healthy. I welcome this move by the organisers,” Debnath said to i-league.org.

“Even during a match, there will be a number of regulations which will seem strange at first. But this is the new normal. We need to adapt to the times that we are facing at the moment.”

While a lot of players took to indoor workout training regimes during the Lockdown earlier this year, the 35-year-old already had contingency plans in place for such a situation.

“I had got a lot of gym equipment at home previously, and that turned out to be a huge boon,” he said. “I did my physical workouts at my own gym, while I did my on-the-ball training on the roof.”

Being one of the experienced campaigners in his side, Debnath is also playing a role where he is mentoring the youngsters of his squad.

“It has not been easy for the youngsters. We are all facing such a situation for the first time. But I try to keep calm and guide the youngsters in different matters. The mandatory quarantine at the team hotel was quite an experience.”

With Sankarlal Chakraborty being the Head Coach at Bhawanipore FC, Debnath is one of the players who knows about the coaching methods applied by the former. This is another area where he is looking to aid the new boys adjust to the way things are done at the club.

“I have been playing under Coach for a long time now, and I know how he does things, which makes it easier for me to pick up the ideas that he tries to implement,” quipped Debnath.

Looking ahead to the Hero I-League Qualifier 2020, Debnath believes that there is not much difference between the five teams, and that it could ultimately come down to who is the fittest of the lot.

“At this stage, I don’t think there’s a lot of difference between the sides. Since we are all playing after a long time, we could actually see the fittest team qualifying for the Hero I-League. That is why we can’t waste a day even while we are in isolation. We are training every day,” he said.