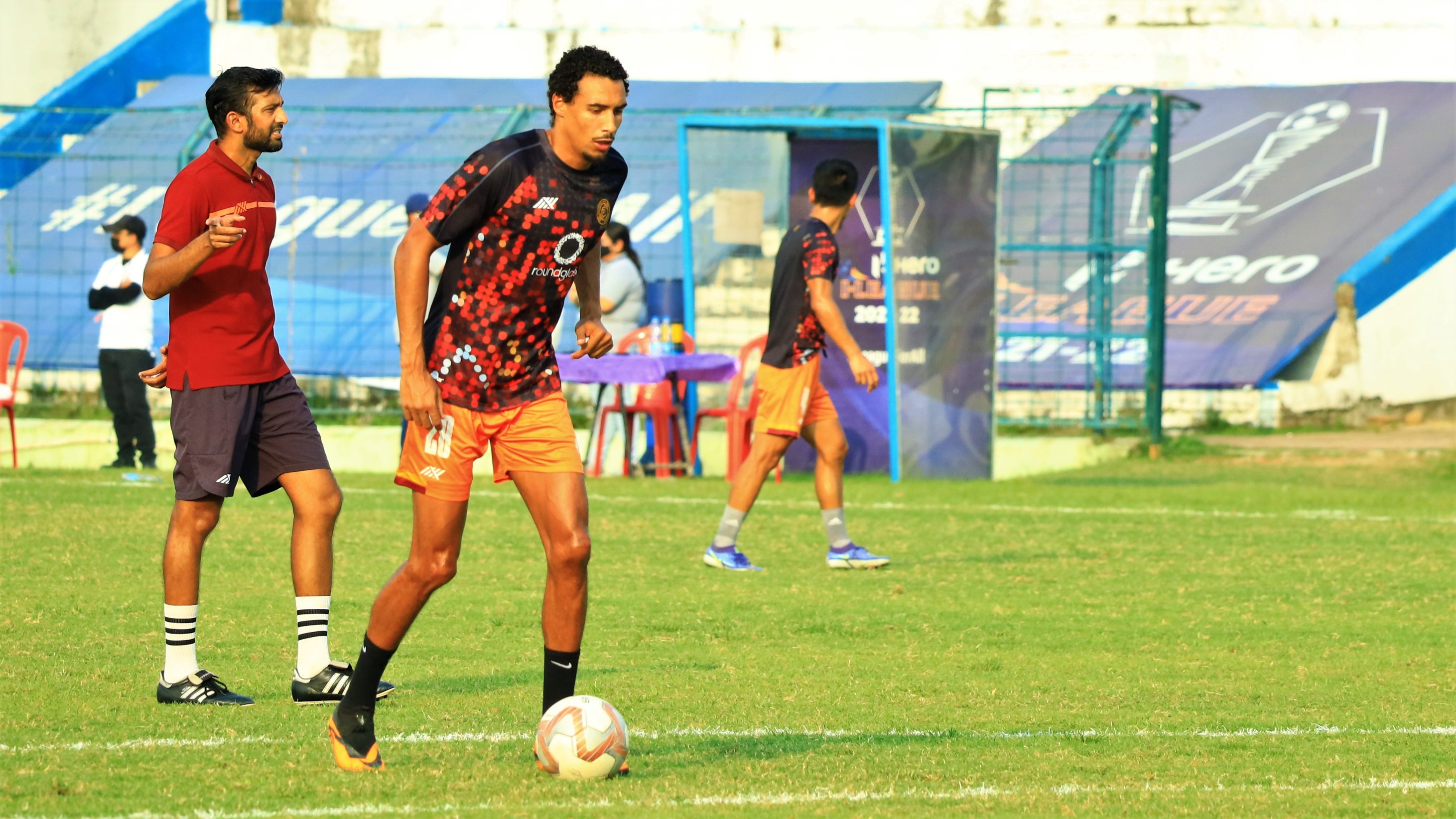 KOLKATA: The final Gameweek of Hero I-League 2021-22 begins with a clash between RoundGlass Punjab FC and NEROCA FC. Both teams are arriving into this match suffering back-to-back defeats and will be looking to end the campaign on a winning note. The game will take place at the Kalyani Municipal Stadium at 5.00 PM IST on Friday, May 13, 2022.

RoundGlass Punjab head coach Edwin Engelkes reflected on an unsteady season. “After my arrival, we started playing really well. We were not stable. In the last couple of games, it was a bit difficult. We have to improve in quite a few areas that we look to do tomorrow,” he said.

Midfielder Aphaoba Singh accompanied the coach in the pre-match press conference and he said, “The results didn’t go to our favour but we are well-prepared for the last match. NEROCA are a very good team and they played well this season. It will be a good match and we want to finish the campaign with a victory.”

Meanwhile, Engelkes feels both teams will have a similar approach in their final game of the season. “It’s a similar game for both teams. We want to try and inspire some youngsters as well. It will be an open game and we want to be better than them by giving better performances,” he concluded.

On the other hand, NEROCA head coach W. Khogen Singh thinks his players have had a good experience from this campaign. “Throughout the season, we have played very well and created so many chances but we didn’t convert them. Our players are young and they lack experience. I think they will play much better next season,” he mentioned.

Goalkeeper Shubham Dhas also reflected on his campaign and the club’s. “It was the first season for me in the Hero I-League. I have learnt so many things. There have been ups and downs. We want to end the campaign on a winning note, ” Dhas added.

Talking about the opponents, Khogen Singh wants his players to have a positive mindset. “RoundGlass Punjab are a good team. They are very organised. We have to press high and create chances. We hope to convert our chances and get the victory,” he concluded.