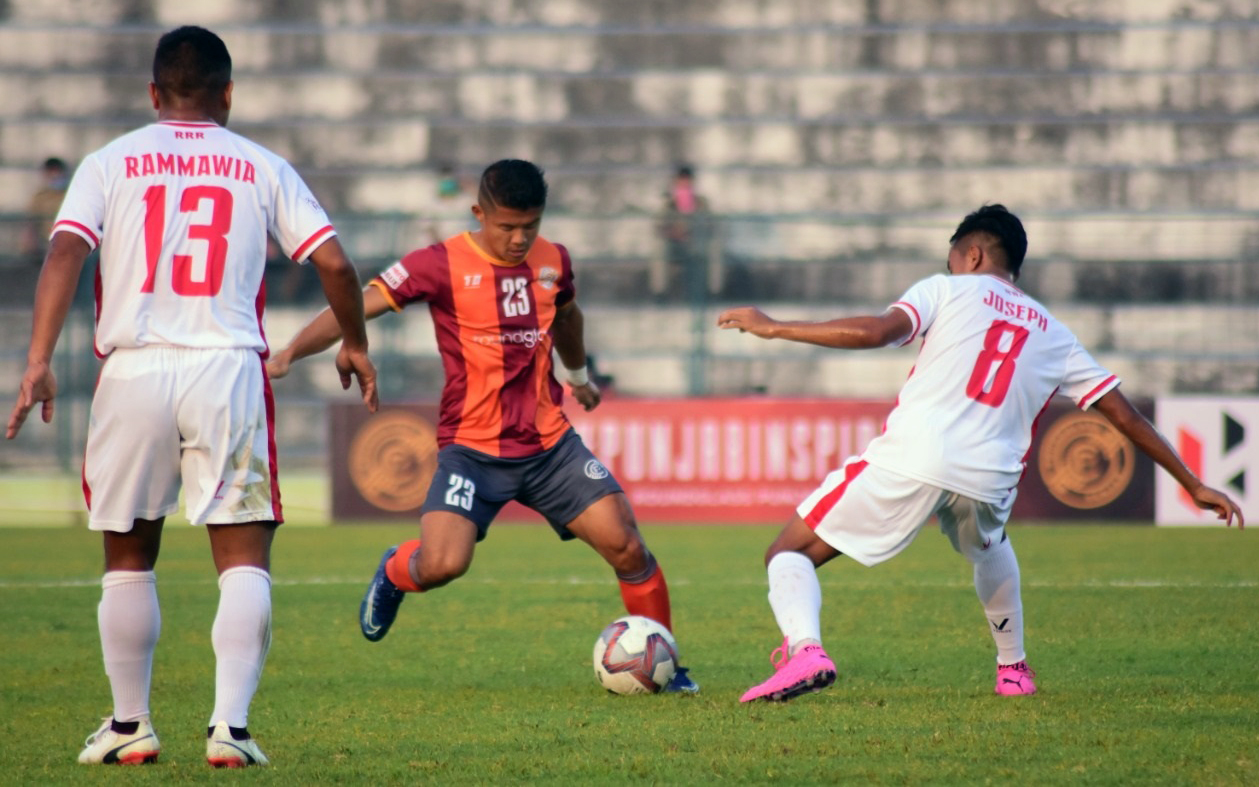 KALYANI: Aiming to start the season on a positive note, RoundGlass Punjab FC lived up to their expectation, defeating Aizawl FC 1-0 at the Kalyani Municipal Stadium in \West Bengal today (January 9, 2021).

Pritam Ningthoujam’s 18th-minute outside-of-the-box strike led RoundGlass Punjab FC to gather three points in a high-intensity match. Meanwhile, Aizawl FC created clear goal-scoring opportunities throughout the match but failed to finish, as they succumbed to defeat in the end.

The early minutes of the match saw it played with a frantic pace and end-to-end action as both teams tried to build and take an early advantage. Aizawl FC started right off the blocks with high pressure and squeezed RoundGlass Punjab FC in their defending third.

In the 10th minute, Princewell Emeka tried to backheel a pass to an onrushing Brandon inside the box, whose shot was blocked, as Aizawl FC wasted a golden opportunity to go ahead.

Eight minutes later, the outcome was different for the Punjabi side. Off a failed clearance that fell his way, Pritam Ningthoujam unleashed a venomous strike from the outside of the box to hand the Punjab outfit a 1-0 lead, much against the run of play.

The goal changed the momentum of the match towards RoundGlass Punjab FC and shortly after, Chencho Gyeltshen could have doubled their lead had his touch inside the box been better after collecting a cross from the right flank.

With all the possession in the final third, Aizawl FC lacked creativity upfront and were easily diffused by Punjab’s defensive line. Despite dominating possession and pressing their opponents constantly, Aizawl FC did not have any goals to show for their performance going into half-time with the scoreline reading 1-0.

Aizawl FC did not lose hope, however. They picked up right from where they left in the second half and in the 47th minute, Princewell Emeka tried to overhead kick a cross but his attempt failed to even test the opposition custodian.

The Mizo side earned a golden opportunity to grab an equalizer in the 62nd minute after Alfred Jaryan was found inside the box by a low cross from the right flank. But from a tight angle and only the keeper to beat, his shot was blocked by a last-ditch tackle by the opponents.

Only a minute ago, the Liberian had missed a headed opportunity from the edge of the box. Shortly after, Brandon’s corner was met by Richard Kassaga’s head, forcing the keeper to make an easy save.

In the 70th minute, Joseba Beitia went for the spectacular and tried to find the net from more than 30 yards out after robbing the opponents of possession. His shot, however, did not test the goalkeeper and went wide.

Perhaps the best opportunity of the match fell to Aizawl’s Lalremsanga Fanai in the 73rd minute, when he was put right onto goal by a defence-splitting through-ball by Laldinpuia. Fanai, with only the goalkeeper to beat, fired his shot right at Kiran Chemjong, who kept the ball out and maintained his clean sheet.

That proved to be the last clear opportunity for Aizawl FC to salvage at least a point from the match. RoundGlass Punjab FC committed bodies in defence in an effort to safeguard their lead. The side from Mizoram tried to score an equalizer late in the match but their efforts were held off as Punjab held on to their slender lead and saw out the match to register their first win of the Hero I-League campaign.