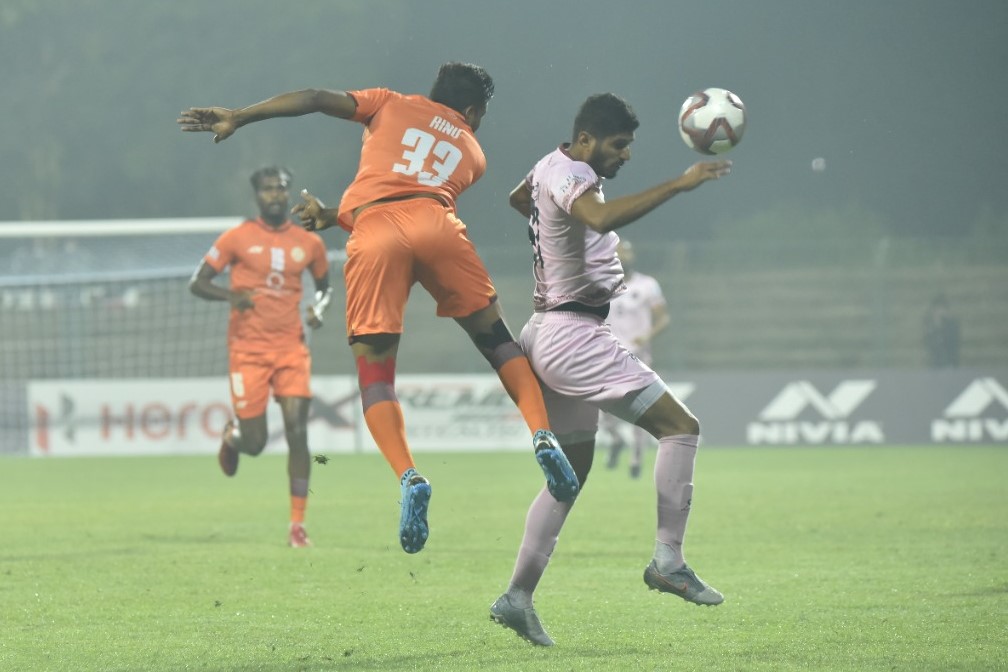 KALYANI:  RoundGlass Punjab got their first points on the board with a 2-0 win against league debutants Rajasthan United in the third game of the opening day of the Hero I-league season 2021-22 here on Sunday, December 26, 2021.

RoundGlass Punjab had the majority of the possession throughout the ninety minutes and dominated the play from the get-go. Punjab were on the verge of scoring in the eleventh minute but Rajasthan goalkeeper Vishal Joon came out to make the save as Ashish Jha was charging on him.

The resistance from Rajasthan could only go on for so long as Kurtis Guthrie took advantage of a mix-up between  Joon and Anil Chawan in the 27th minute and headed the ball over the goalkeeper to take the lead. This was also the first open-play goal of the season.

Going into half-time, RoundGlass Punjab FC lead Rajasthan United FC by one goal. It was looking like a one-sided affair but Rajasthan still had a chance with a close scoreline. The second half began with another offensive surge from the Punjab team as they continued their hunt for another goal.

Punjab had another big chance in the 76th minute as the substitute Aakash Sangwan made a perfect cross to find Kurtis Owen who leaped but wasn’t able to head it goalwards. The dominance continued as another big chance sprung in the 84th minute with a fantastic ball from Joseba Beitia to Travis Major but the Australian forward just couldn’t find the goal.

Finally, Punjab found their second goal of the match in the 90th minute as Maheson Singh Tongbram’s corner found Sangwan who directed it towards the goal and Aphaoba Singh Ashangbam very cheekily took the final touch on the ball to seal the game for his team.