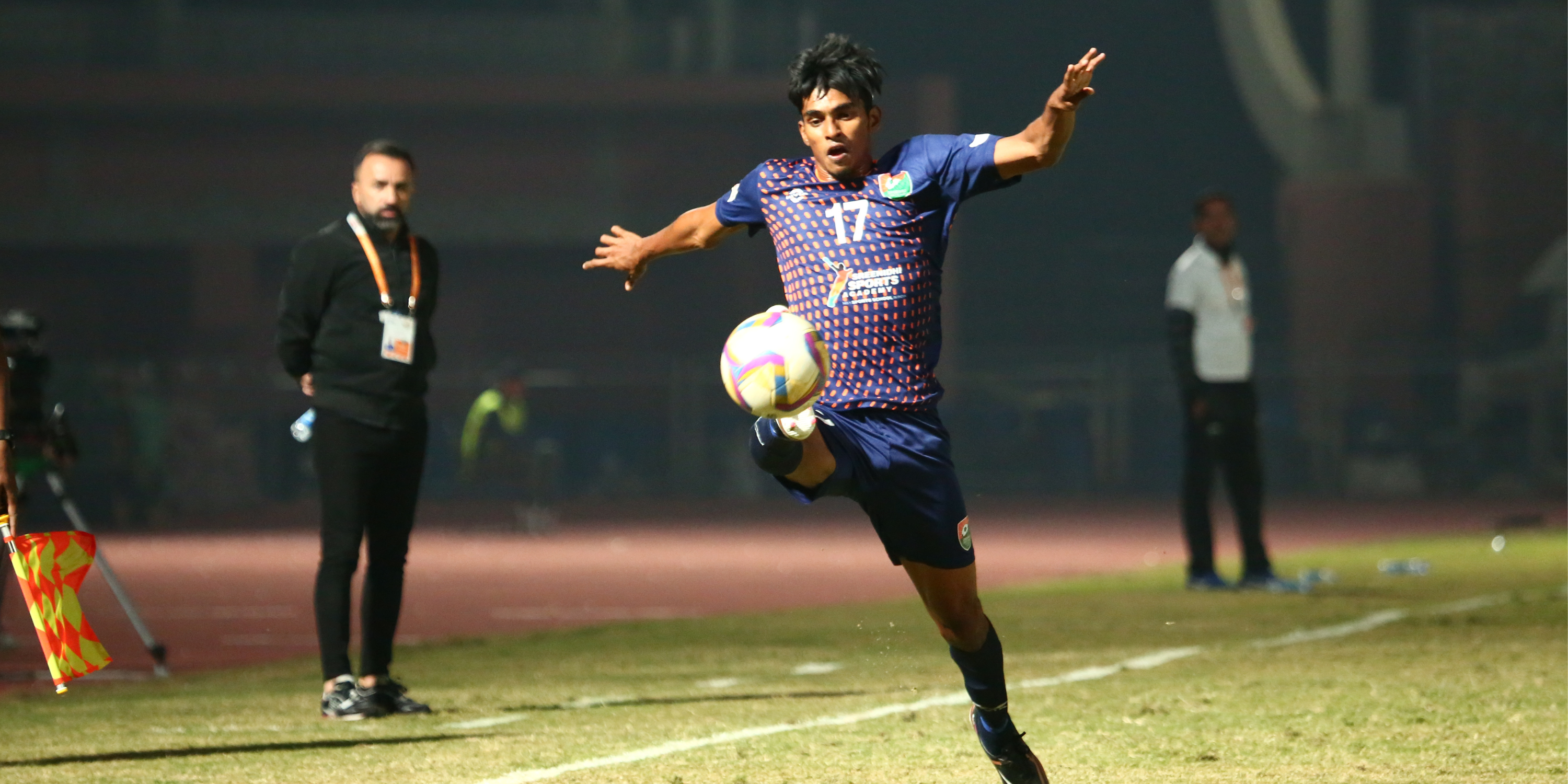 NEW DELHI: “I couldn’t have asked for a better start to my professional career,” revealed Rosenberg Gabriel, who is having a breakthrough Hero I-League 2022-23 season for league leaders Sreenidi Deccan. Topping the charts with five assists to his name, the winger has been one of the most important players for the Deccan Warriors this season.

Bombing down the wings and delivering pin-point crosses are two things Gabriel loves doing the most on the pitch. His electric pace and dribbling prowess make his task easy, helping him make his name as one of the most creative players in the Hero I-League.

The promising young winger signed with Sreenidi Deccan in 2021 after a successful trial with the club. In his first season, which was also the Deccans’ debut Hero I-League campaign, Gabriel racked up 11 appearances, although most of them were from the bench. The quality was evident and was only a precursor to what was to come.

This season, Gabriel quickly gained the confidence of new head coach Carlos Vaz Pinto, starting in all but one of Sreenidi Deccan’s nine matches before the winter break. “The environment in the club is very professional, and the coaching staff have shown their trust in me. I feel that the team’s system this season is more suited to my style and characteristics, which is benefiting me and helping me deliver good performances,” said Gabriel. 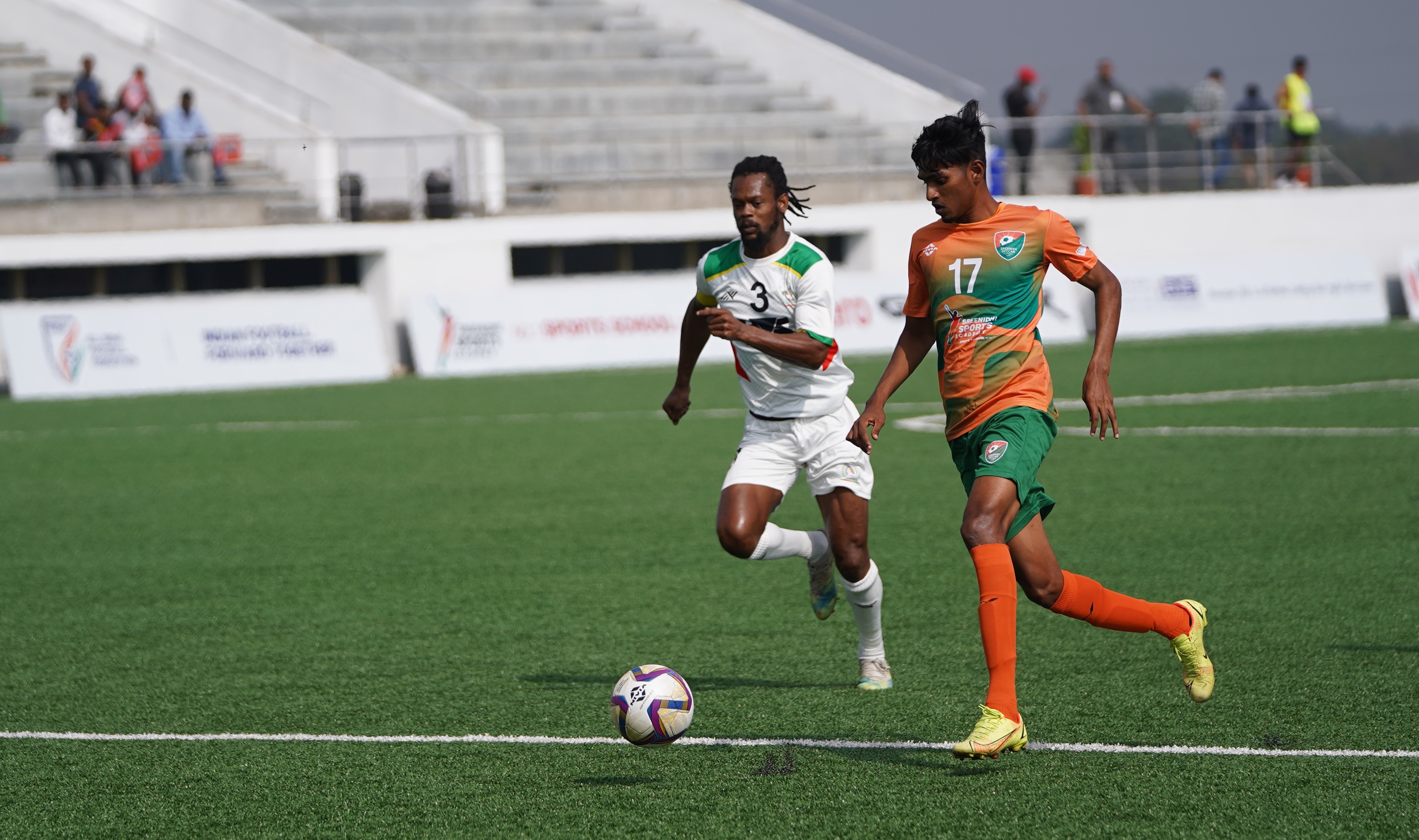 While usually a right winger, Gabriel has displayed his ambidexterity on a number of occasions this season, most notably in the 3-0 win away to Sudeva Delhi. Operating on the right flank in the first half, he switched to the left after the break, registering an assist in each period.

However, the 24-year-old picked the performance in the 3-2 win over Churchill Brothers in November as one of his best. “If I have to pick one so far, it will be the game against Churchill, where I got my first assist in the Hero I-League.” And it was a textbook winger’s assist as he rolled a smooth low cross for Louis Ogana to tap in from six yards out.

Hailing from Matunga in the heart of Mumbai, Gabriel has come through the ranks of the city’s local football, representing teams like Mumbai Customs and Air India in the MFA Elite Division. In 2019, he was a crucial part of the Air India team, which lifted the century-old Nadkarni Cup, beating HDFC Bank 2-1 in the final. 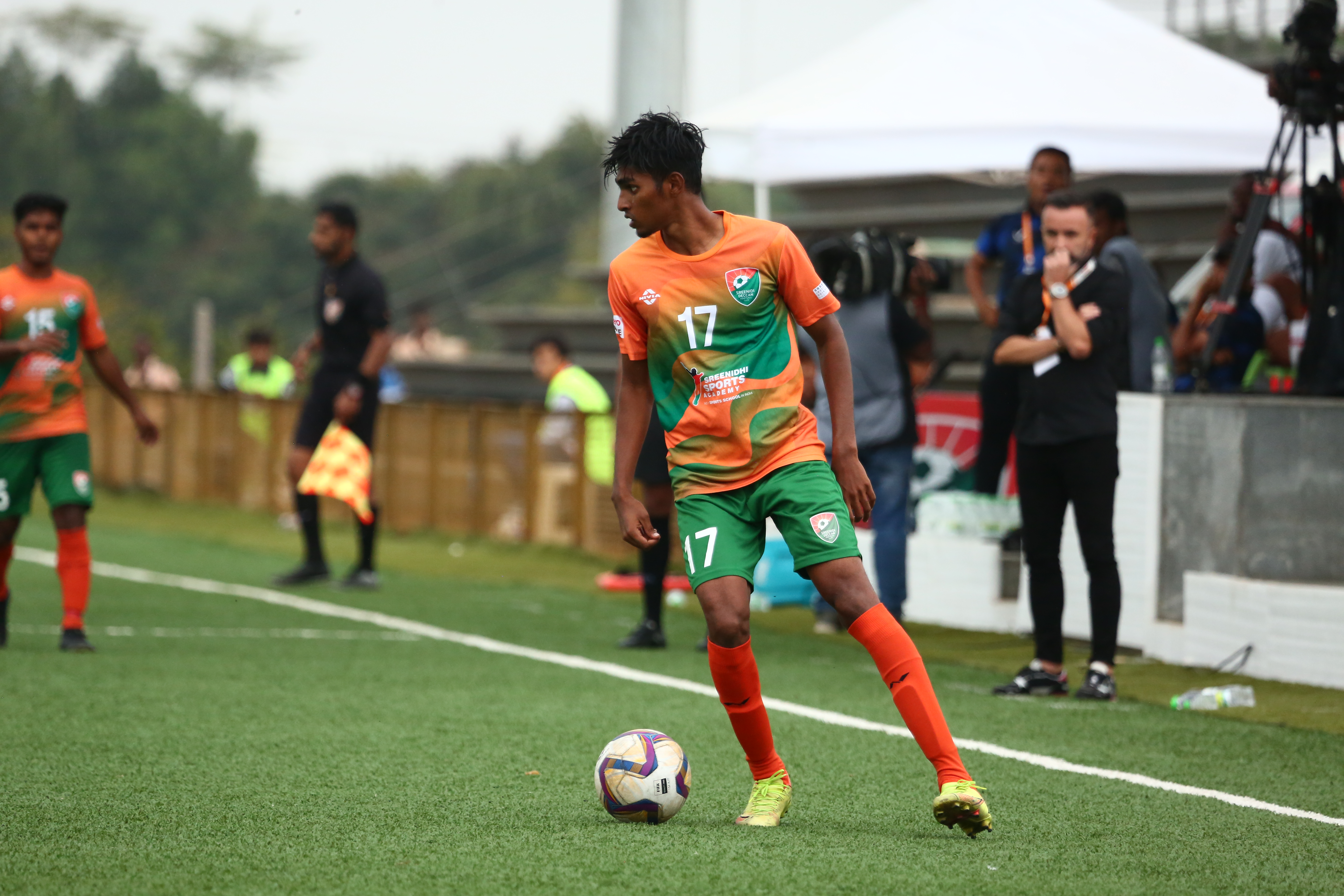 Gabriel’s passion for the game began at a very young age, and for that, he gives all the credit to his father. “My father made me fall in love with football. It was his dream to see me become a professional football player. So, I have been working hard to achieve and live that dream. I’m grateful to the people who have been a part of this journey and helped me overcome all the challenges I have faced,” said a lively Gabriel.

Having made it to the Hero I-League, Gabriel is now committed towards his club’s big goal – winning promotion to the Hero Indian Super League. “I want to contribute as much as I can to help Sreenidi Deccan win the I-League title and make it to the ISL.” Of course, the Mumbai lad also has his eyes set on the blue of India. “I want to represent our country. It is something every footballer dreams of,” he wished.