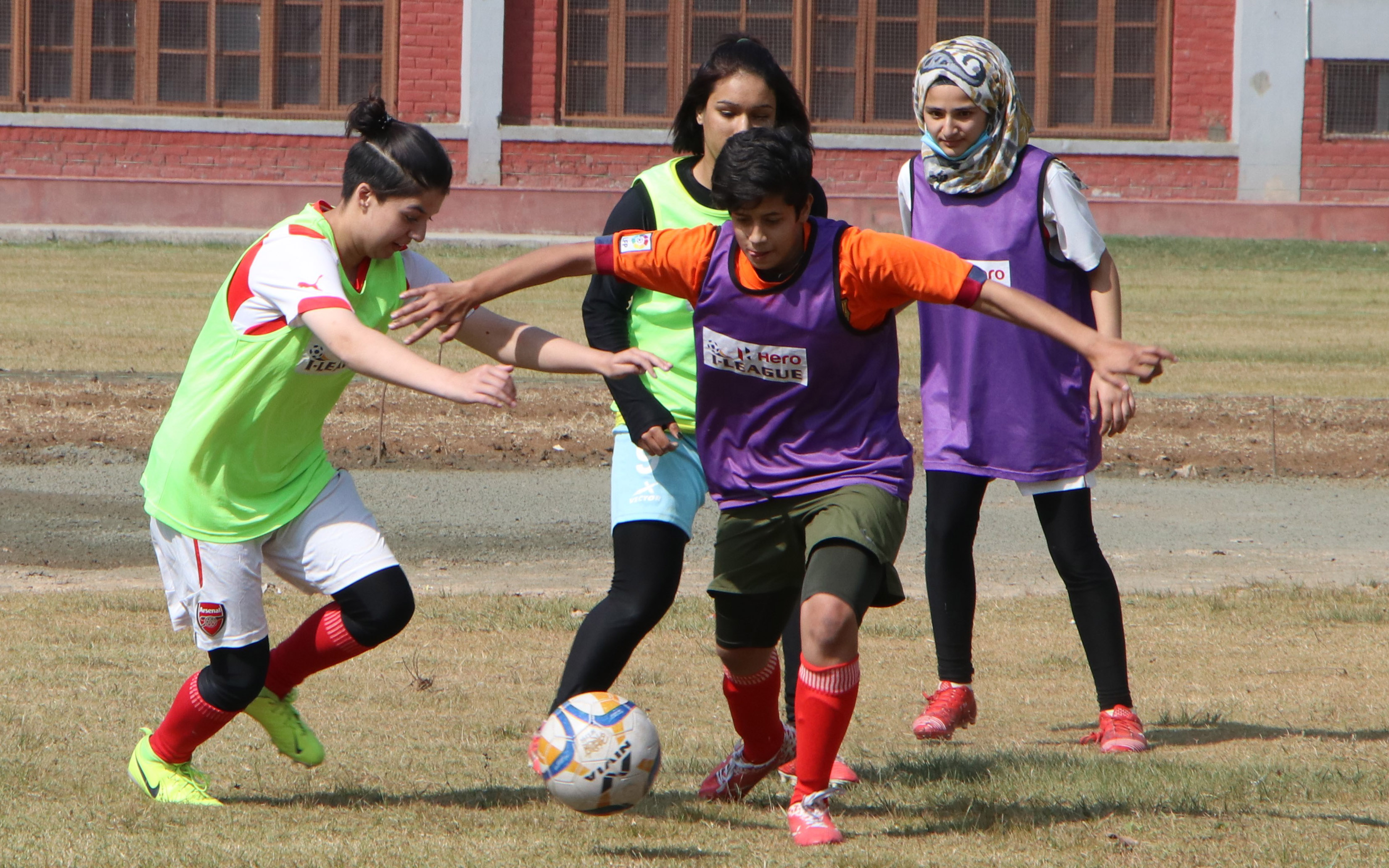 NEW DELHI: Ever since their promotion to the Hero I-League in 2018, Real Kashmir FC have emerged as a force to be reckoned with in Indian football — with a key reason behind it being the passionate support of their fans.

As the nation emerged from the lockdown in the last few months, the Snow Leopards strengthened their fan connection with an extensive outreach programme that covered numerous parts of the region.

According to club chairman Mr. Sandeep Chattoo, a key objective behind the programme was to go “above and beyond” and reach out to the grassroots levels, and spread the positivity that the club has generated in the area.

“With the club being here for four years now I realized that we need to go above and beyond what we are already doing. At the Hero I-League level, people love to watch the team. It is a form of entertainment and thus, we made sure that the outreach programme has to go to the grassroots level with the activities we did.”

“If we could bring so much positivity out of the club from Srinagar, I feel that going to different districts in the interior of Kashmir can also make these places more accessible to people and share the same positive feelings that football brings. All in all, it has been a fantastic experience,” he averred. 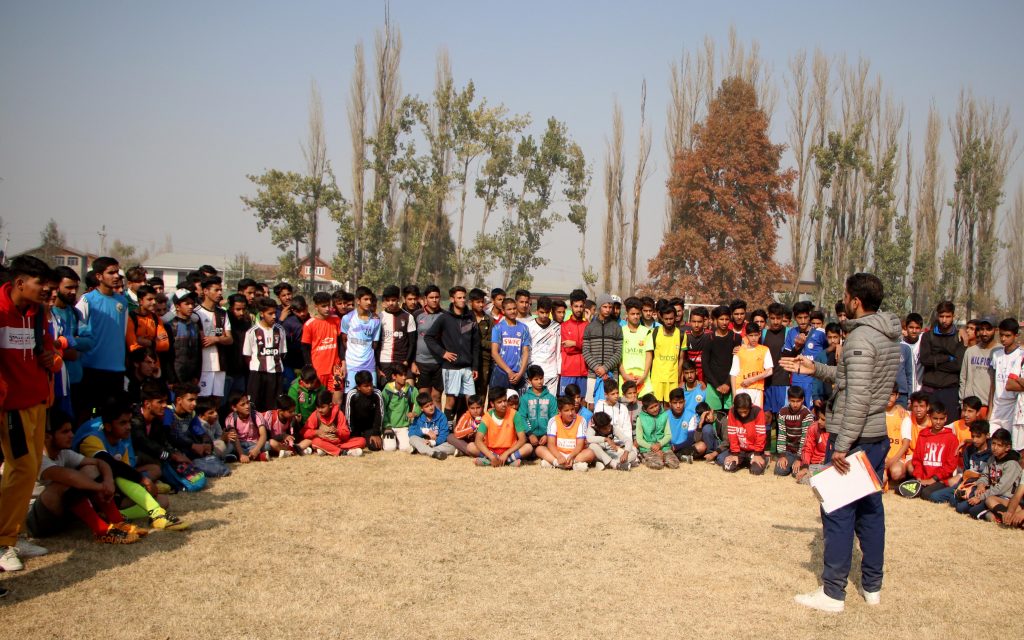 The outreach programme was launched in July this year with the intent of reaching out to all districts in Kashmir in order to attract maximum local youths towards the sport and scout for young talented players as well.

Since July 22, the RKFC Reserve team and youth sides (U-18, U-15 and U-13) have played a combined total of 54 matches — exhibition and tournament games — in different parts of the region such as Sopore, Baramulla, Chadoora, Pulwama, Anantnag, Pampore, etc.

“Fortunately the club has done well in the Hero I-League and the people of Kashmir look up to the club as something they own. A large number of boys and girls have been part of the programme and everyone wants to get involved with the team. It is very heartening. By going to the local level — the idea was to extend our roots into numerous areas so that the club will have a base everywhere and potential talent in every village and district can be tapped.”

“A few days back, we were in Baramulla and there were 250 boys who were insisting that they want to join the club!” he exclaimed.

A key aspect of the initiative has been the club’s #ShePower programme, started in order to promote women’s football, which featured the launch of the club’s U-14 women’s team in September — with over 60 girls taking part in the trials on the first day. RKFC also plan to launch U-18 and U-10 age-group teams for women in the future. 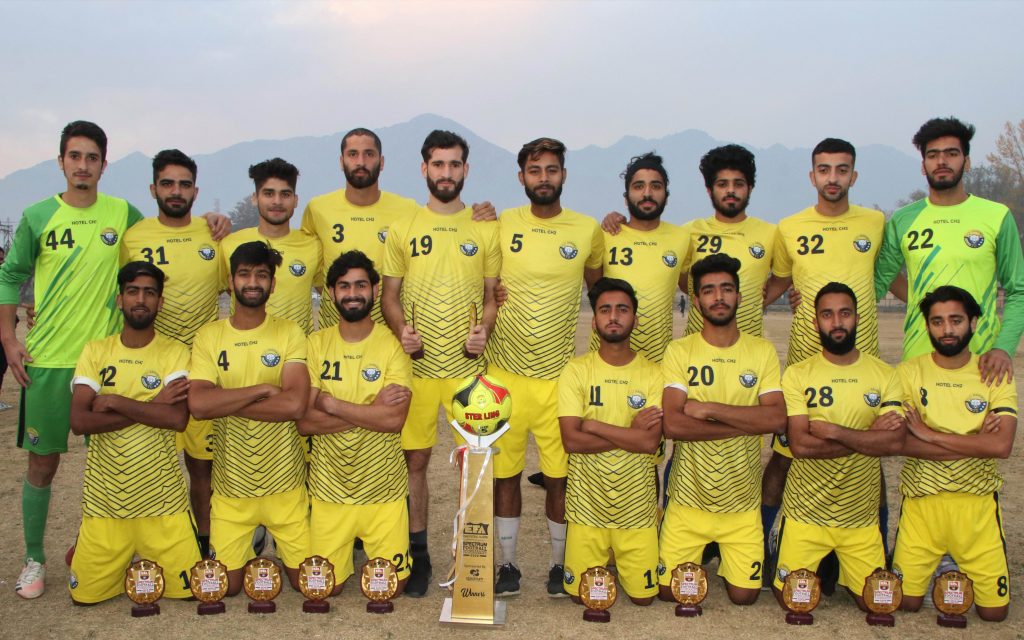 “It has been in my mind from the start that the club shouldn’t be restricted to men’s football and programs. Be it any field — Kashmiri girls excel when given the chance. Hence, we want to open up the stage for girls who are interested in the sport so that they get a platform,” Mr. Chattoo said.

“We had a friendly match between our girls’ team and a school team in Srinagar. The enthusiasm and excitement were amazing to see. One could see that if given the chance, young girls would want to come out and participate. It is an exciting prospect.”

Additionally, the programme features try-outs being conducted in multiple districts like Anantnag, Pulwama, Shopian, Sopore and Baramulla across three phases throughout the month of November. With the new season of the Hero I-League set to kick off in January next year, Mr. Chattoo said that his side will feature a number of local lads.

“I have said from Day 1 that football is in the blood of Kashmiris. The coaches are very happy with what they are seeing at the trials and apart from giving a platform to kids, the whole idea is to scout talent and have more and more local boys included in the reserves and the first team. This season in the Hero I-League, we will have a lot of Kashmiri boys in the senior team as the idea is also to promote local talent,” he quipped.