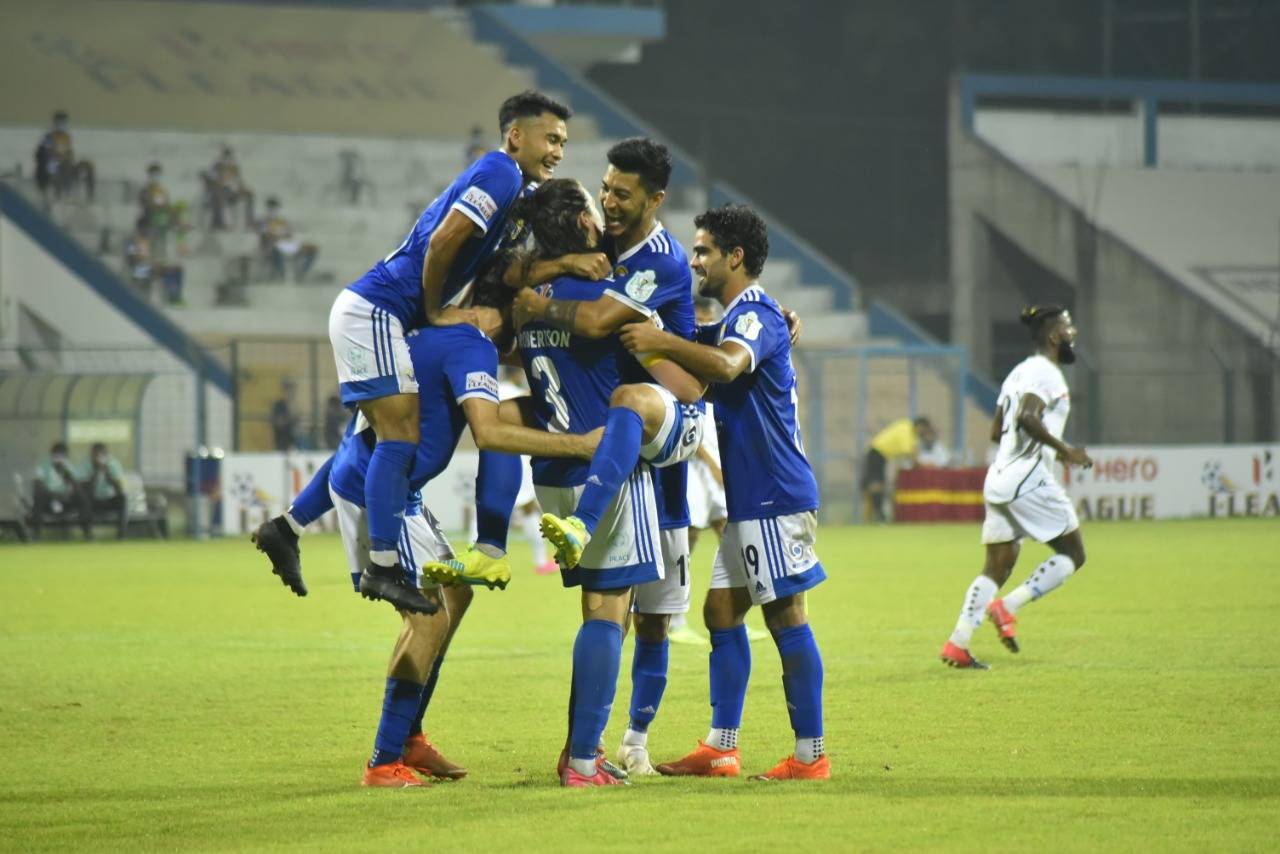 KALYANI: Real Kashmir FC defeated Mohammedan SC 2-1 at the Kalyani Municipal Stadium in Kalyani, West Bengal today (March 25, 2021) to end their Hero I-League season on a winning note. Strikes by Danish Farooq and Mason Robertson led the Snow Leopards to an easy win over the Black Panthers after Pedro Manzi had pulled a goal back in the 72nd minute. With this win, Real Kashmir end their campaign in fifth-place, accumulating 21 points from 15 games.

Coming on the back of a 1-0 loss to RoundGlass Punjab FC, Real Kashmir FC, in an attempt to finish their season on a winning note, tried to take an early lead by starting on the front foot. Although the Snow Leopards hurled bodies upfront in order to capitalize from long balls, it was their opponents Mohammedan SC that had the first real chance of the match.

In the 8th minute, Pedro Manzi went for a goal from outside of the box. His effort, albeit well hit, was saved easily by the opposition goalkeeper. Five minutes later, Mason Robertson found himself in the thick of the action when a long ball found the towering defender inside the box. Robertson, although clinical in the air, lacked the accuracy to guide the ball home as the Black Panthers survived a dangerous spell of play.

Although it was an end-to-end half, chances were rare for both sides as each other’s defense’s canceled out the attacks and the midfield nullified counters. The stalemate was broken in the 33rd minute courtesy of a corner kick. Lalhmangaihsanga Ralte’s corner kick met the head of Danish Farooq who thumped the ball home from close range to hand Real Kashmir a 1-0 advantage.

Mohammedan’s best chance to equalize came in the 40th minute when Hira Mondal burst from the wings and unleashed a venomous shot that took a wicked deflection. However, Mithun Samanta was up to the job and collected safely as Real Kashmir went into half-time with the one-goal lead.

Real Kashmir upped the ante in the second half and could have found the net in the 48th minute had Adnan Ayoub not skewed his shot wide of goal, after combining for a one-two with Danish Farooq.

However, it was only a matter of time before the Snow Leopards struck again. In the 51st minute, Mason Robertson scored from the penalty spot after a rash tackle had prompted the referee to point to the spot, as Real Kashmir doubled their advantage.

With a two-goal lead, the Snow Leopards, despite playing catch-up on possession, committed bodies in defense in an attempt to see out the match. Meanwhile, half-chances fell to Pedro Manzi for Mohammedan SC but they went amiss. Even after Shankarlal Chakraborty had made an attacking change, bringing on Faisal Ali, at the start of the second half, the Black Panthers seemed to lack creativity in the final third.

All of that changed with the substitution of Tirthankar Sarkar. In the 72nd minute, Sakar’s corner found Pedro Manzi inside the box and Manzi thumped the ball home to grab a goal back as the scoreline read 2-1.

Spurred with the goal, the Black Panther upped the tempo and pushed for the equalizer. However, Real Kashmir played some good defensive football in the dying moments of the match and eventually saw out the game. The full-time scoreline read 2-1 in Real Kashmir’s favor.