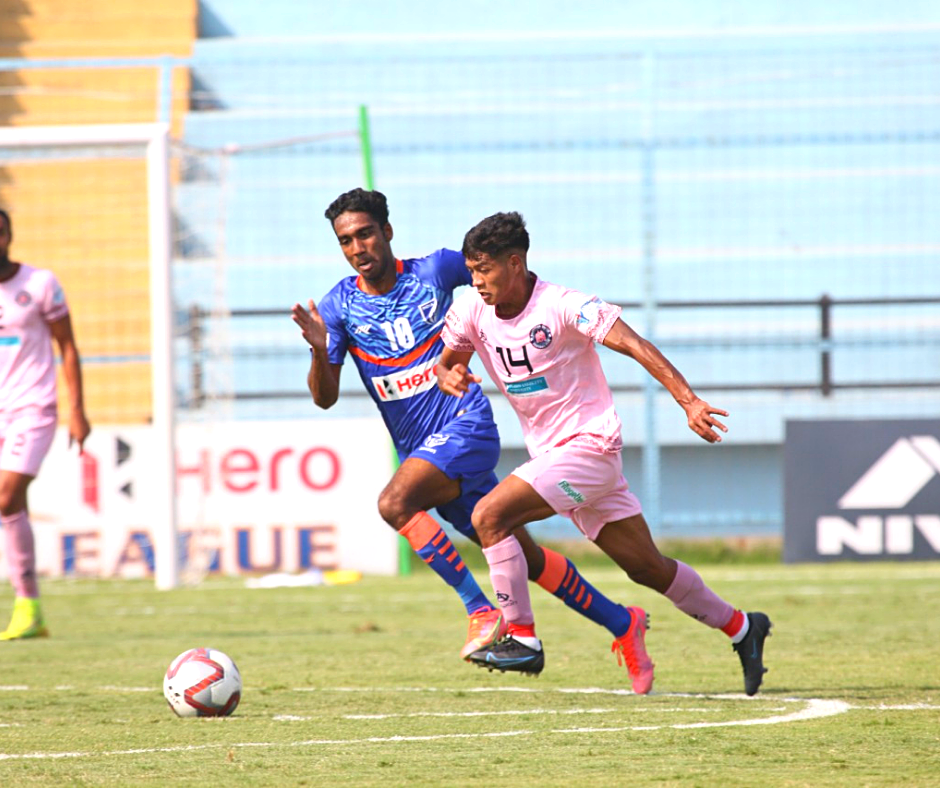 NAIHATI: Rajasthan United FC and Indian Arrows played out a 0-0 draw in the here at the Naihati Stadium on Wednesday. Rajasthan United had won 1, drew 1, and lost 1 prior to this game. They now have three clean sheets in their last three games, which shows their defensive stability. As a team, they will now have to focus more on the attack. If they want to mount a serious challenge, they need to create more chances and score goals.

Their opponents, a young Indian Arrows side, have also had a similar kind of start. After suffering a heavy defeat in their game against the title contenders Mohammedan Sporting Club, the Indian Arrows were hungry for points and fix their defensive mistakes of the last game.

Rajasthan United FC were very patient with their build-up play from the start, keeping the ball under their feet and waiting for the space to open up. Pedro Manzi of RUFC had a good chance in the 7th minute, with some decent skill he was able to cut back inside the box only to put the shot above the goal.

Rajasthan were dominating the early proceedings in the game with Manzi involved. A blunder from the Indian Arrows defence gave him a chance in the 13th and 15th minutes but Manzi wasn’t able to convert. RUFC came very close to opening the scoring in the 3rd minute of first-half stoppage time as a sublime ball forward fell for Manzi but the Spaniard hit the post.

Indian Arrows had very few chances throughout the half and Rajasthan weren’t able to put theirs in the back of the net. Indian Arrows kept great defensive structure and frustrated the attackers of the Rajasthan United FC to keep the score level.

RUFC threatened the Arrows’ goal right from the start of the second half. Manzi played a beautiful pass to Alocious in the 47th minute but fell a few inches short. Sayan Das was sent in place of Sorokhaibam Pritam Meetei by Indian Arrows in the fifty-fifth minute to keep up with the constant pressure from RUFC.

Around the 60-minute mark, it became an end-to-end game as both sides wanted to score a goal to clinch three points. Aman Thapa came in for RUFC to renew some creativity in the players.

Rajasthan had another good chance in the 70th minute. Manzi took a low shot from the edge of the box, it was first parried and then gobbled up by the Indian Arrows shot-stopper, Syed Zahid. Flan Gomes, of Rajasthan, had another cracking chance late on as his well-controlled volley went just past the post.

The game ended 0-0 with both sides having left everything on the pitch. Rajasthan United created some great chances but India Arrows were able to clinch a point with great defensive work by the end of ninety minutes.