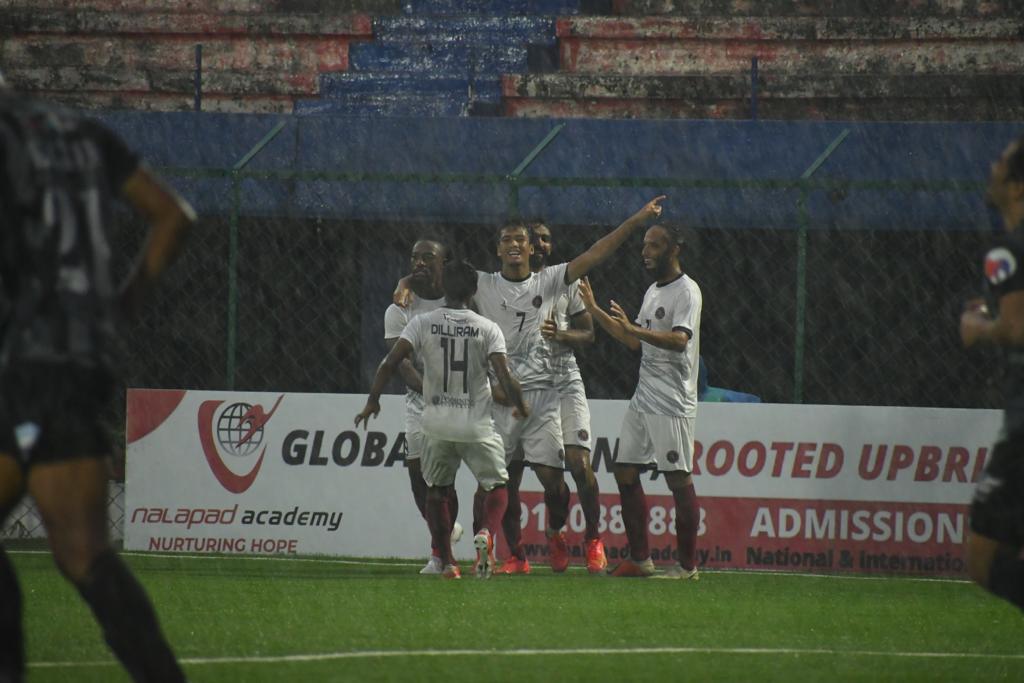 BENGALURU: Rajasthan United left it late in their encounter against Delhi FC to secure a narrow 1-0 victory over the tournament favourites in the second match of the day at the Bangalore Football Stadium. Rajasthan United FC forced the issue late on in the match as Delhi FC succumbed to the mounting pressure by conceding in added time of the second half through an own goal from defender Karandeep Singh. The win sends Rajasthan United level on points with Kenkre FC, who also won their match against Madan Maharaj FC earlier in the day.

Rajasthan United and Delhi FC stepped out onto the field as two like-minded teams competing against each other at a breakneck pace, with both sides employing frenetic pressing to win the ball back early. The first big chance fell the way of the team from Rajasthan, who broke quickly by playing a long ball over the top for their captain Akeem Abioye, who got the ball under his control and released a quick shot with his favoured left foot that flashed narrowly wide of the goal.

The game was then unfortunately halted for a short spell as Delhi FC goalkeeper James Kithan had to be substituted due to an injury. After receiving treatment for an injured quadriceps muscle in the opening ten minutes, James tried to carry on but could not continue much longer as he had to be substituted off the field for his replacement Suraj Mallick.

In a tightly contested affair, goal scoring chances were few and far between as both teams duelled valiantly in midfield to deny their opponents any space. In the 40th minute, Delhi FC received a free kick roughly 25 yards from goal and would have fancied their chances with captain Anwar Ali, who has already scored two goals from a dead ball situation in the Hero I-League Qualifiers 2021. However, Anwar was unable to produce the goods on this occasion as his low drive was blocked by the RUFC wall. 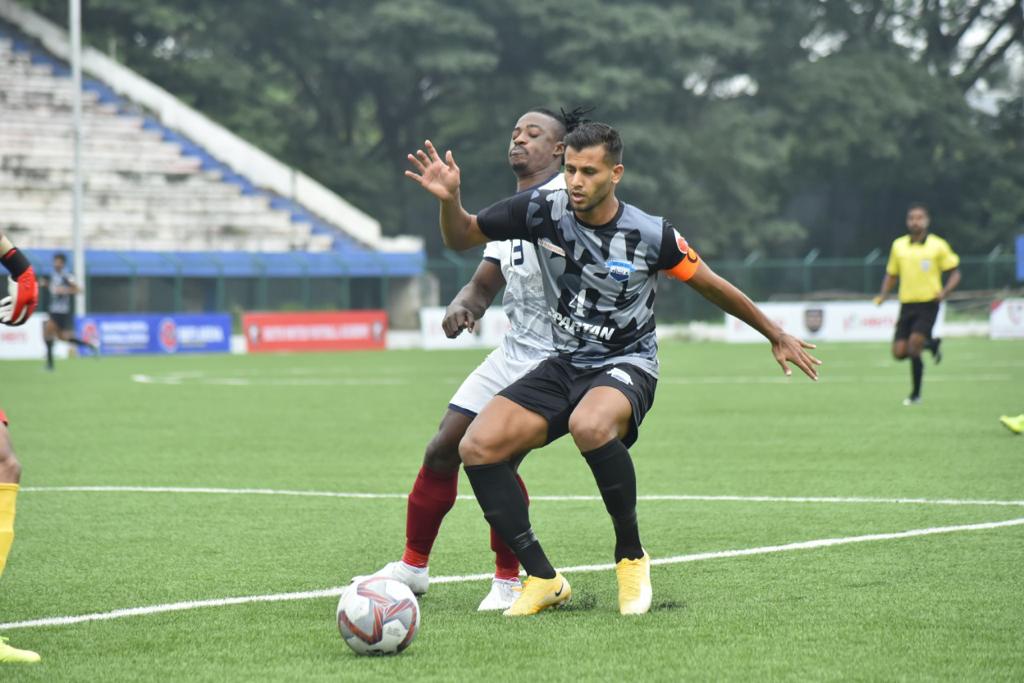 On the following play, RUFC again threatened the Delhi FC goal with a fast counter attack. Akeem Abioye turned provider this time around, releasing striker Sukhjit Singh on goal. Sukhjit did well to glide past the duo of Yumnam Raju and Karandeep Singh to create space for himself to take a shot on goal, which was directed straight towards the goalkeeper as Suraj Mallick made a comfortable save.

As both teams went into the halftime break on level terms, head coaches Vikrant Sharma and Surinder Singh would have appealed to their respective teams to take the initiative to produce more goal attempts in the second period. Rajasthan United were the first team to threaten in the second half from a set piece situation, as Aman Thapa whipped in a fantastic corner which was headed just over the goal from point-blank range by Inder Mohan Singh.

In the 59th minute, Himanshu Jangra recorded Delhi FC’s first shot on target in the second half after quick interplay with Willis Plaza. Jangra produced a left footed effort that landed on target, but did not trouble RUFC goalkeeper Vishal Joon, who saved comfortably. There was action on the opposite end in the 70th minute as Aman Thapa got the better of Delhi FC defender Samuel Shadap before running clean through on goal from the inside-left channel. As he tried to slide the ball past the charging goalkeeper, Suraj Mallick produced a fine save to deny Thapa. Aman Thapa once again appeared as RUFC’s most potent attacking outlet as the winger came close to scoring time and time again.

Delhi FC nearly had a fortunate break in the 75th when a regulation cross from winger Nikhil Mali took a wicked deflection off RUFC defender Floyd John and cannoned onto the frame of the goal before bouncing back into play. It was a matter of inches that denied Delhi FC the opening goal of the game from a huge stroke of luck.

As the game neared the full time whistle, heavy rain came lashing down onto the Bangalore Football Stadium and made it difficult for players to adapt to the circumstances. The breakthrough came from one such instance in the 91st minute of the game as Aman Thapa prepared to deliver a corner from the left flank. His cross was met at the near post by Delhi FC defender Samuel Shadap, who swiped at the ball to clear it away but mishit his clearance to direct the ball towards his own goal, leaving goalkeeper Suraj Mallick no chance.

As RUFC took the lead with little time to spare, Delhi FC stared down at their first defeat of the Hero I-League Qualifiers 2021. The full time whistle sparked jubilant celebrations on the RUFC touchline, leaving Delhi FC with their task cut out to turn this situation around in their remaining two Final Round matches.