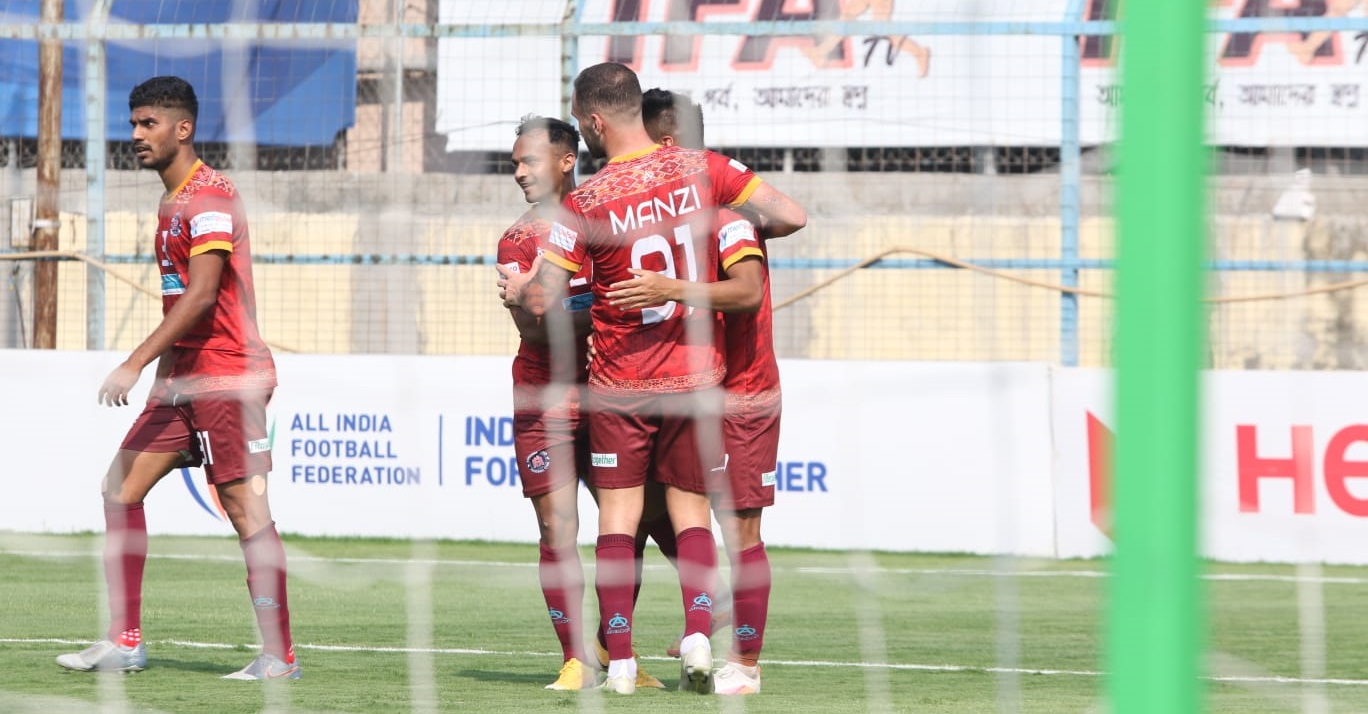 NAIHATI: Rajasthan United FC picked up their maiden win in the Hero I-League in a heated contest against Aizawl FC at the Naihati Stadium on Tuesday, March 8, 2022.

With Aman Thapa (37′) scoring the sole goal in the match, the newcomers Rajasthan United registered their first win in the tournament. Aizawl FC created plenty of opportunities but lacked quality while finishing and were unable to get the equaliser.

Rajasthan United FC started the match on the front foot, keeping possession. Defender Mauro dos Santos continued to threaten Aizawl FC’s defence with long passes to the front line. But Aizawl FC kept their calm and kept averting the danger. The initial 10 minutes remained restricted to the midfield as neither of the two teams were able to produce telling chances.

On the 11th minute, Pritam Singh received the first opportunity for Rajasthan United as the winger ran from the left flank and released a shot from outside the box, but the ball went wide. Aizawl FC remained under pressure as Aman Thapa and Pritam continued to make dangerous moves inside the defensive third.

At the stroke of half-an-hour mark, Rajasthan United skipper Abhishek Ambekar sent a low ball inside the box for Omar Ramos, but Robert Primus Jr. made the save and denied the newcomers. In the 37th minute, Aman Thapa finally broke the resistance, heading in the only goal of the match. At the stroke of halftime, Shilton Dsilva unleashed a shot from outside the box, but the ball went above the post.

Aizawl started the second half with attacking intent, looking to quickly cover up the deficit. Mauro Javier was booked for a challenge on Lalremsanga within two minutes of the second half. The resulting free-kick provided a chance to Aizawl FC, but the intended shot by Shaiza from outside the box went above the post again.

On the 55th minute, goalkeeper Bhaskar Roy made an error as he spilled the ball after a free-kick from Malsawmtluanga, but the Hero I-League newcomers breathed a sigh of relief as Lalremsanga’s half-volley went above the bar. The latter continued to make dangerous penetration inside the box and threaten Aizawl FC’s defence.

Around 10 minutes later, Ambekar sent another terrific low cross inside the box for an unmarked Aman Thapa, but his half-volley went over the bar and Rajasthan United were unable to double their lead. Aizawl FC struggled to get any momentum going in their attacks as Rajasthan kept hold of the ball for long periods. With around 15 minutes of regulation time left, substitute David Lalhlansanga broke past Melroy Melwin and got a shot away, but failed to trouble the keeper again.

Lalremsanga and Shaiza combined together to initiate an inspiring move with the ball landing on Willis Plaza’s feet. Plaza sent it to Ramlhunchhunga, who pulled the trigger, but it was blocked. As the clock started ticking down, Aizawl FC started showcasing urgency which led to a few errors.

As things became heated in injury time, Robert Primus was sent off for dissent. A minute later, R Malsawmtluanga was also sent off for a rash tackle on Anil Chawan. The 9-man Aizawl FC defended well in the final two minutes as the full-time whistle blew with Rajasthan United FC earning their first-ever victory in the Hero I-League.

Rajasthan United Football Club will face off against Sudeva Delhi FC on March 11 in their next match, while Aizawl FC will play against RoundGlass Punjab Football Club on the same day.