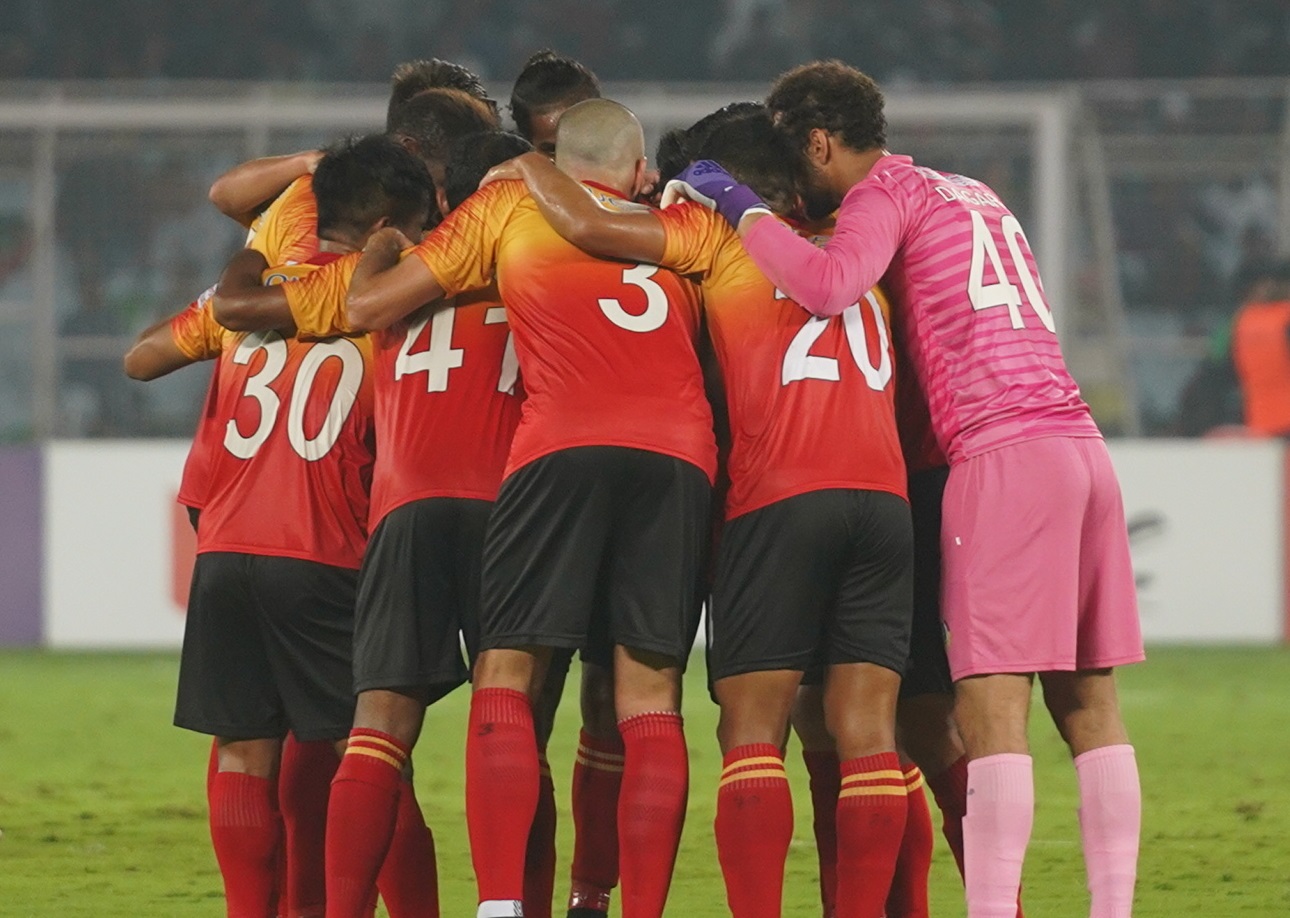 Calicut, March 8, 2019: It would upset the football gods to not include Quess East Bengal as favourites to win the Hero I-League before the start of any season. Yet for a club that has a rich history and is one of the pioneer clubs of Indian football, a domestic trophy absence of more than 15 years could potentially upset the neutrals more.

When East Bengal last won the domestic trophy, the National Football League at that time in 2003-04, Twitter was yet to be founded. More than 15 years later, while Twitter explodes, Quess East Bengal look to end their trophy drought but as eerie as it might sound, the fate depends on the football gods. Being second in the Hero I-League table with 39 points, East Bengal need to win against Gokulam Kerala FC tomorrow, while hope and pray that league leaders Chennai City FC do not pick up three points against Minerva Punjab FC.

On the plane of the grande cosmic plot, one can almost pre-empt an East Bengal script tomorrow but the reality is of stark contrast and East Bengal could very well see their hope being squashed out again. Though this time, they only have themselves to blame.

The season did not start in the best of ways for the Kolkata outfit. Wins against minnows NEROCA FC and Shillong Lajong in the opening two matches gave them leeway in the table but a loss to current league leaders Chennai City FC gave resistance to their title challenge. But what hurt more was the surprise three points dropped against Aizawl FC as the Red and Golds fell prey to a stunning Aizawl performance losing 3-2.

Even ninth-placed Minerva Punjab FC registered a 0-1 win over the Red and Golds amassing a loss of six points in two matches for the club. Given the Hero I-League scenario now, Quess East Bengal, in retrospect, perhaps would have fought as hard in those two matches (Aizawl and Minerva) as they will tomorrow for a win to keep their hopes alive.

But then a fine streak in five matches where the Red and Golds picked up 13 points out of a maximum 15, reignited their title hopes and put them back close in the driver’s seat. In these 5 matches, East Bengal displayed maturity, poise and a class – where even if they weren’t in the best of forms on that day, ended up with maximum points. Wins over Mohun Bagan, Churchill Brothers and a draw against Real Kashmir FC gave a morale boost to the Red and Gold machine which looked to be on its way.

Jobby Justin’s superb form with an average of 0.7 goals in 90 minutes fused by Ralte’s pedigree in midfield – being involved in 53% of the goals scored, and astute defending gave East Bengal a new look altogether, looking a distant shadow of the self that started the season.

Caught in their tracks by Chennai City FC once again, Quess East Bengal lost 2-1 on January 14, 2019, unable to close the gap on the leaders. But what followed in the aftermath of the loss was an eight-match unbeaten streak which saw them defeat the likes of Real Kashmir and do a double over rivals Mohun Bagan. But once again points dropped against Aizawl FC (1-1 draw) and Churchill Brothers (1-1 draw) did not do the Red and Golds any favours.

While Chennai City FC faltered to put an end to the Hero I-League title race, East Bengal made the most of their opportunities, edging closer to end their drought. Their eight-match unbeaten streak was nothing less than a championship winning run, but points dropped in the early season could only leave them to a scenario where they have to pray for a miracle.