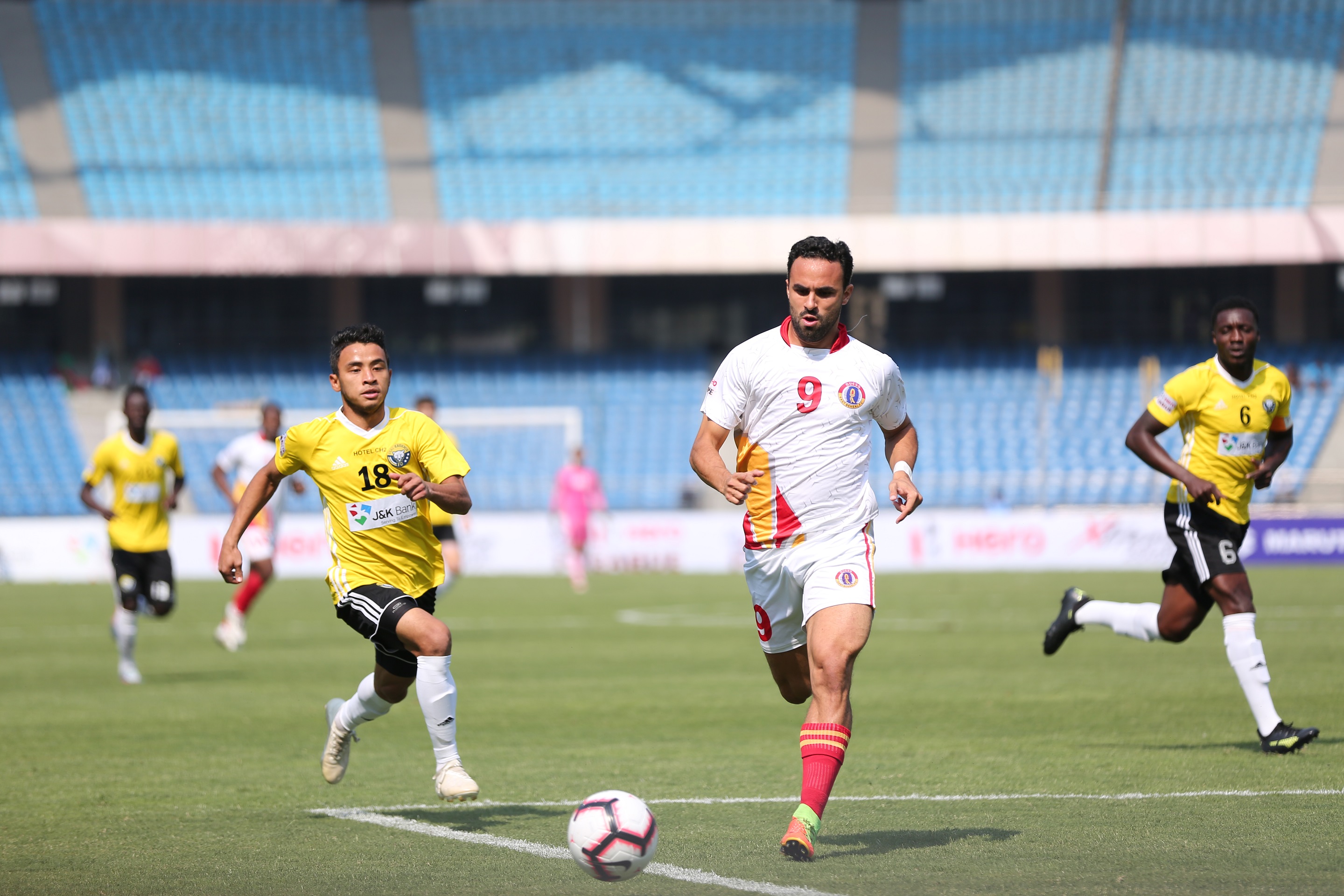 CALICUT: Returning after an injury can be a mental as well as a physical challenge for a lot of players. Many have succumbed into shades of their former self but Quess East Bengal’s Enrique Esqueda has brushed his woes with ease and spearheaded East Bengal’s quest for their first Hero I-League title.

Esqueda was out of action after suffering a broken rib following a 3-1 win over Gokulam Kerala FC in December 2018. But the way the Mexican forward scored the first goal against Real Kashmir FC in a 2-1 win on February 28, 2019, indicated the prolific form that he has been in recently.

The Mexican did return and with astounding stats – 78% pass accuracy, 0.8 goal average and 0.2 assist average to help the Red and Golds in their quest. That coupled with 8 goals and 2 assists to his name in the Hero I-League has only added to his pedigree as a player. And resoundingly, Esqueda has been involved in 38% of the attacking play that resulted in a goal for East Bengal.

Ahead of their match against Gokulam Kerala FC, Alejandro Menedez, Head Coach of East Bengal, was asked about Esqueda’s importance to the team. He said, “He has been an important figure in our setup and all players are vital in our machinery.”

“I am really happy that our foreigners are in good form and contributing to the team’s cause,” he added.