Quess East Bengal get back to winning ways against Gokulam Kerala 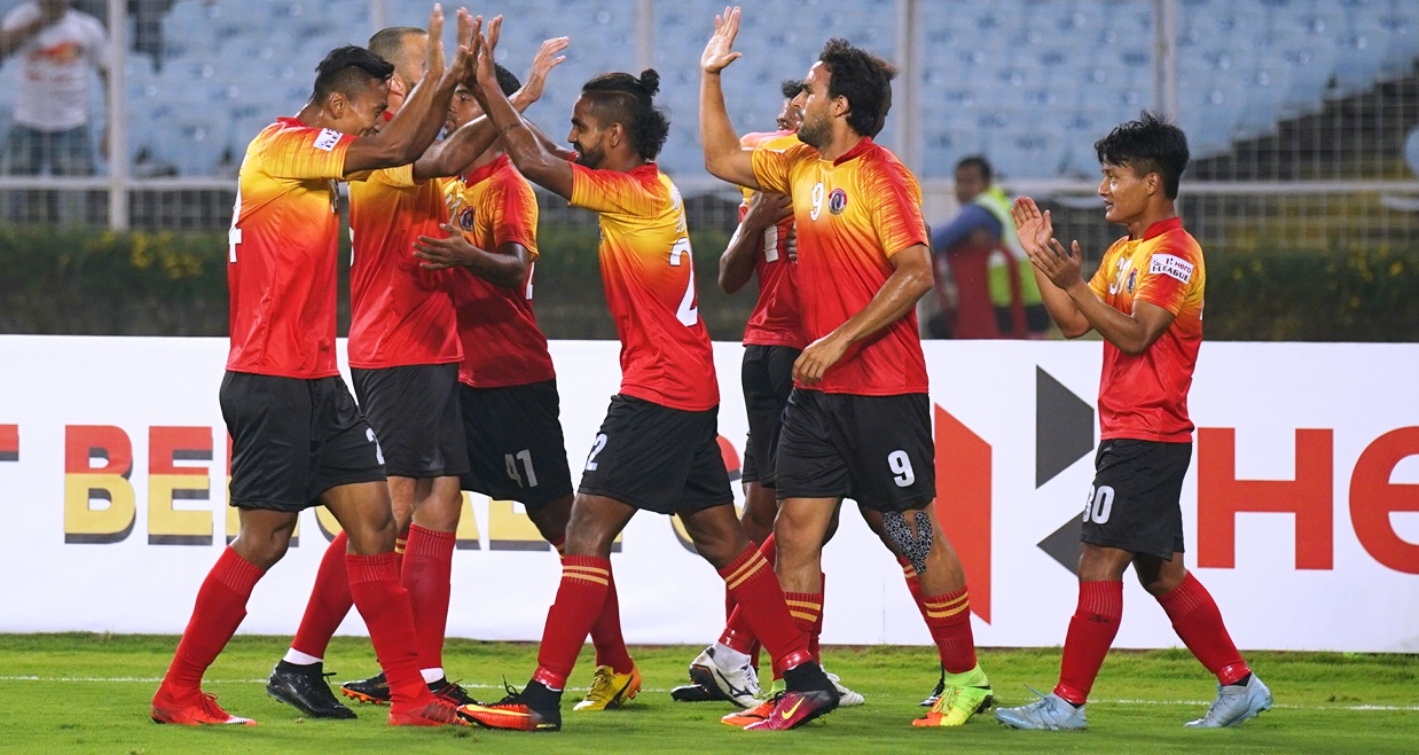 Brandon Vanlalremdika, Jobby Justin and Lalram Chullova scored a goal each for the hosts while Christian Sabah got one back for the visitors as the final scoreline read 3-1 in favour of the Kolkata giants. Hero of the match Jobby Justin and Lalrindika Ralte were the stars for the hosts as the former had one goal and an assist while the latter had two assists to his name in the game.

The win takes QEB up to sixth on the table with nine points from six games, the same as rivals Mohun Bagan and Gokulam but higher on the table due to better goal difference. It also reverses the trend of a string of three defeats that QEB suffered going into the Gokulam clash. Gokulam go down to eighth place after seven games.

Three defeats on the trot called for wholesale changes and QEB’s Spanish coach Alejandro Garcia did just that. Out went Ubaid and Rakshit Dagar was entrusted with goalkeeping responsibilities again. India international Salam Ranjan Singh got his first start of the season and Garcia took the brave call of benching Costa Rican world cupper Jhony Acosta in deep defence. Also back were the two Raltes, Lalrindika and Laldanmawia in place of Yomi Longwah and Kamalpreet Singh.

For the visitors, Mudde Musa came back in. Muirang and Rashid were also benched by coach Bino George and in their place came in Deepak Kumar and Baoringdao Bodo.

The Kolkata giants dominated the first half in a footballing sense although Gokulam did have more possession and went into the break with a two-goal advantage.

They took the lead as early as the fourth minute through Brandon Valalremdika. Chullova it was with the cross from the right flank which Esqueda let through for Jobby Justin who laid it off for an onrushing Brandon on the far side. The Mizo midfielder controlled and unleashed a perfectly placed angled right-footer past a diving Shibinraj in the Gokulam goal for a classy finish.

They doubled the lead in the 14th minute, when a long ball from deep inside the QEB half by Lalrindika Ralte found its way to Jobby Justin past a bewildered Mudde Musa and the Kerala striker ran in to poke it past Shibinraj, who did get a touch this time but failed to stop the ball from entering the net.

Gokulam’s best chance of the half came to Christian Sabah in the 34th minute when he broke through inside the box but his curling effort was saved by Dagar.

Just before the break, Mexican striker Esqueda missed a golden opportunity to put in a third when his shot just missed the target after being set up by the Brandon-Jobby Justin combination. Esqueda had to be replaced at the start of the second half and replaced by Bidyashagar Singh due to a niggle.

The second half was all Gokulam as they pressed hard to get back into the game. Sabah and the Malabarians did get one back as Daniel Addo’s long ball inside the QEB box saw the Ghanaian chase it down and get a touch which took it past Dagar who had come out of his line to intercept. Sabah beat Dagar to the ball after that and tapped in from close for his first goal in a Gokulam shirt.

The joy was short-lived however as QEB, after missing a couple of opportunities to score on the counter finally got it right. It was Lalrinidika again who caught the Gokulam defence on its heels on the break and laid it up beautifully to his right for an overlapping Chullova. The right wing-back controlled with his first touch and expertly nailed a powerful strike past Shibinraj into the far corner for his first of the season.

Bino had played all his attacking cards and had brought Suhair and Salman on in the second half but QEB was not to be denied on the day.