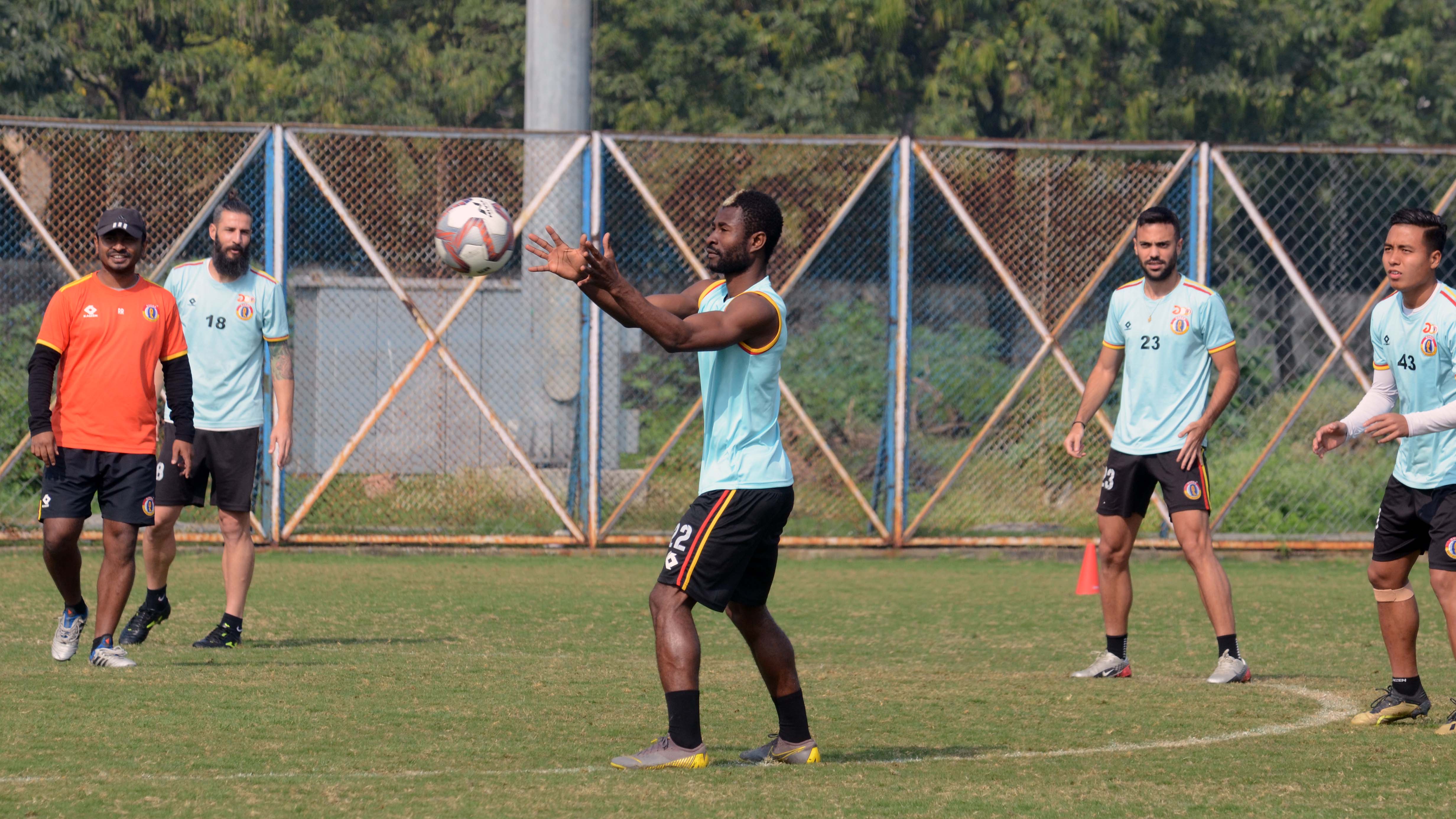 Kalyani, February 12, 2020: Quess East Bengal are getting all set to host second-placed Punjab FC, in what is a must-win Hero I-League 2019-20 encounter for the Red and Gold Brigade, on Thursday (February 13, 2020). The side from Kolkata is, at the moment, placed tenth on the points table with 11 points from 10 games while Punjab are second from the top with 17 points in 11 matches.

The game will be played at the Kalyani Stadium and will be broadcast LIVE on 1Sports and streamed on FanCode from 5:00 PM onwards.

Quess East Bengal, who have been struggling for form this year, have been on a slump with two continuous losses and have been unable to string together a series of wins to uplift the team.

The lack of an in-form striker has been another problem which the team is going through with Marcos Jiménez de la Espada not being able to live up to his reputation and Ansumana Kromah finding enough match-time hard to come by.

Speaking before the match, Mario Rivera, Head Coach of Quess East Bengal, commented on their plans for the upcoming encounters, saying, “The planning is to work very hard, improve our level of defence and attack. We need to focus on each match and not think too ahead of ourselves.”

Punjab FC, on the other hand, have lost only once in the last five encounters. The sole defeat also came at the hands of the league leaders Mohun Bagan by the narrowest of margins of 1-0.

For Sanju Pradhan, Captain of Punjab FC, the match will be a homecoming of sorts with him being a part of the Red and Gold brigade in the past for multiple seasons.

Sanju expressed his views saying, “It has been so far so good with Punjab FC. I believe the season has been panning out well but it could have been better if we didn’t commit some small mistakes at crucial moments. We still have nine matches remaining and the objective is to take as many points as we can from them and not drop points easily.”

He further added, “I am very excited to play against Quess East Bengal. Every time I get a chance to play against them, I have to mentally prepare myself. This is a club from where I got my fame in Indian football. The supporters of the club still love me and that is a heart-warming gesture. But it is football, so we have to ensure that we give our 100% in the match to make it a spectacle for the supporters.”