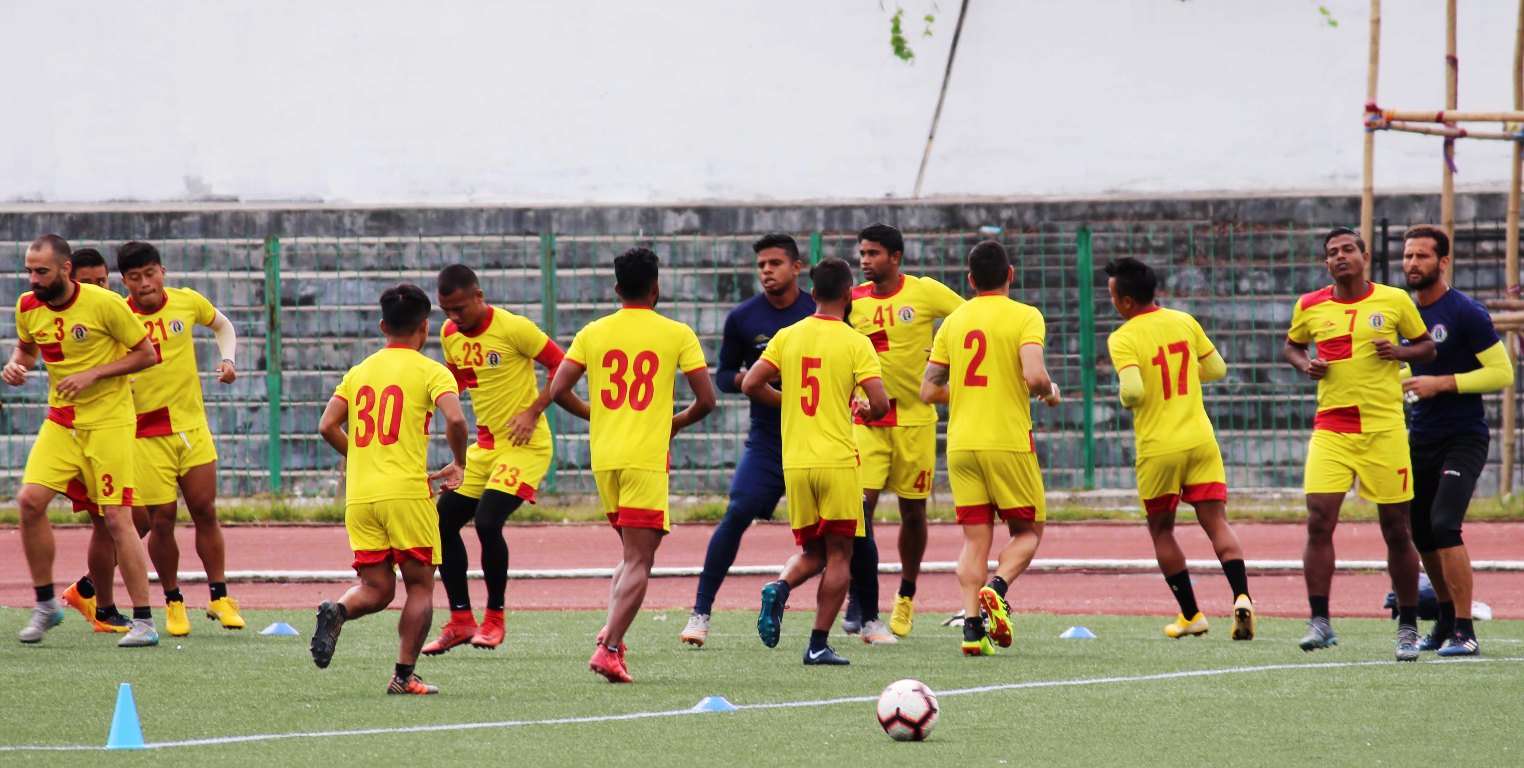 Kolkata, December 7, 2018: Quess East Bengal (QEB) take on Gokulam Kerala FC on Saturday, December 8, 2018, at the Vivekananda Yuba Bharati Krirangan (VYBK) in a crucial clash for both teams in their 12th Hero I-League campaign. The game kicks off at 5 PM IST.

The hosts are placed eighth on the points table after five games, suffering three reverses on the trot after what was appeared to be a solid start to their quest for an elusive first Hero I-League title with wins in their first two games.

Gokulam, who have played a game more, are unbeaten in three games and are sixth on the table with nine points.

While a win for QEB will resurrect their campaign, three points for Gokulam will put them just five behind league leaders Chennai City and second on the table.

QEB’s Spanish coach Alejandro Menendez Garcia’s major concern will be around his defence, which has wilted under sustained pressure, given the quality they possess, leaking seven goals so far.

Costa Rican world-cupper Johny Acosta and Spanish fullback Borja Perez will have to inspire the likes of Manoj Mohammad, Lalramchullova and Kamalpreet far more than what they have been doing.

The ray of hope for the Red & Golds will be the fact that both their strikers, Jobby Justin and Mexican Enrique Esqueda have been among goals, scoring three apiece between them.

Coach Garcia was not one to betray emotions in the pre-game chat and appeared composed in the midst of mounting fan-pressure. “I am happy with the team but there are some areas where we must improve,” he said. Betraying the importance of the game he further added, “Yesterday we had a meeting with the players to motivate them. They are ready to give their best and it was good practice as well for the players.”

Gokulam have also had a mild setback, although off the field.

English-born Grenadian forward Antonio German left home after concluding his contract, and Bino George, the Gokulam coach, will have his task cut out to make his team focus on the job at hand.

In a crucial clash such as the one on Saturday, sudden reorganisation of the eleven might turn out to be worrisome for Bino given his two other foreign forwards, Christian Sabah and Koffi Kouassi are still finding their feet in the Gokulam setup and do not also have enough playing time going into the game.

Bino, like the hosts, also has a leaky defense to be worried about, having conceded as many as seven in their six completed games and Bino pointed towards getting back Ugandan defensive midfielder Mudde Musa back into the eleven to lend solidity.

Precocious talents like Rajesh, Arjun Jayaraj, VP Suhair, Gani Nigam and Baoringdao Bodo should also help immensely in getting them a positive final result on Saturday.

Speaking on the match-day eve, Bino shared, “Our concentration is on all three points. East Bengal have been beaten thrice in the league but we can’t take them lightly. Esqueda is a great striker and we have to keep him on a check. They are always to give their lives on the ground. We don’t have any star, we are here as a team and we will continue that.”

There is a lot of pride, history and heritage in the two regions whose clubs will be involved at the VYBK on Saturday, as far as Indian football is concerned.

Both are tied 1-1 in the head-to-head stats and both are hurting for different reasons before they head to a mouth-watering fixture tomorrow.