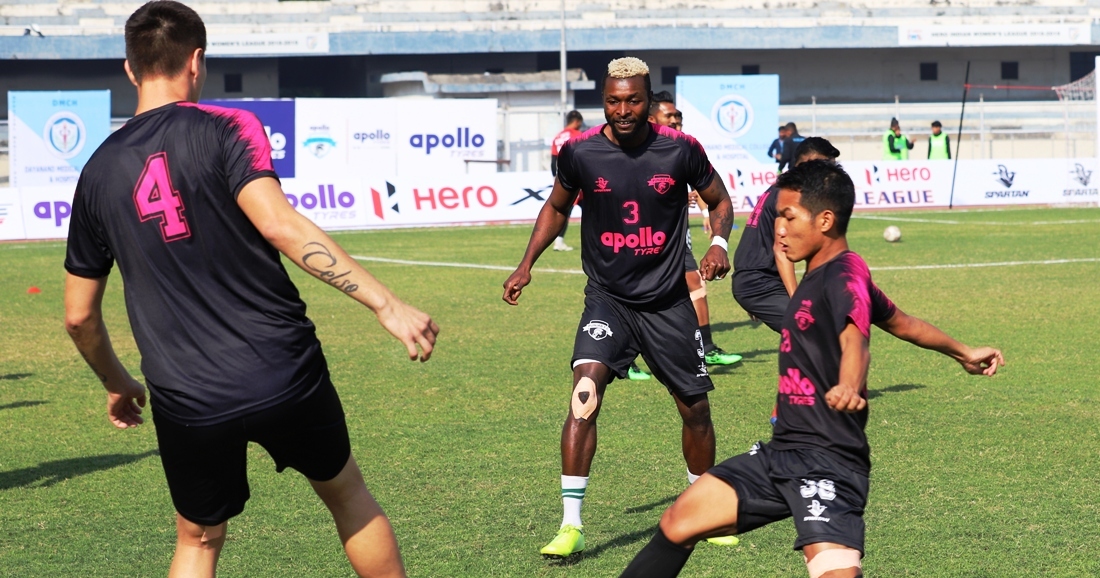 Ludhiana, January 13, 2020:  The Guru Nanak stadium in Ludhiana will be the venue of a prospective swashbuckling top-table Hero I-League clash between third-placed Punjab FC and Kolkata giants Mohun Bagan, who are also the enjoying the pole position right now on Tuesday, January 14, 2020. The game is scheduled for an afternoon 2 pm kick-off and will be broadcast live on Dsport.

Both sides have been on a hot streak with the visitors on a four-game winning streak and the hosts are also unbeaten in their last six, setting up what could turn out to be one of the most exciting games of Hero I-League so far. The visitors, however, have the superior head to head with a 3-1 record over their last five games, with one ending in a stalemate.

The youngest coach of the Hero I-League, Punjab FC’s Yan Law, while acknowledging Mohun Bagan’s form, stressed on his team’s home record, “Mohun Bagan is a good team, but playing at home is our advantage. We are very strong and unbeaten in our home pitch.” He also pointed to Punjab’s unbeaten run saying, “We have had a six-game unbeaten run and this win can take us to the top. We are very confident and have worked very hard. It’s going to be a good game and entertaining for the fans of both teams.”

Mohun Bagan’s Spanish coach Kibu Vicuna also exuded confidence a day ahead of the game saying among other things, “The game against Punjab is very important to us and the result could bear an outcome in the title race. It is even more important, going into the derby against Quess East Bengal on Sunday but for now, we are focused on Punjab and we will try to come away with the three points.”

Bagan have been well served by their Spanish imports with Joseba Beitia in the centre of midfield, Fran Gonzales in the holding midfielder’s role and Fran Morante at the heart of the defense this season turning up virtuoso performances until now. Youngsters in the likes of Nongdamba Naorem, Sk. Sahil and Subha Ghosh have also expressed themselves on the pitch. These factors have helped Vicuna’s side deliver some eye-catching performances.

Punjab, on the other hand, while remaining unbeaten, have fallen short of crossing the line on more than one occasion despite showing dominance and Yan Law would have surely worked overtime on that. Brazilian forward Sergis Barbosa and Cameroonian veteran Dipanda Dicka along with talented youngster Makan Chote have been scoring the goals for Punjab with seven among them and the trio will surely be called to deliver again on Tuesday.

With the added incentive for Punjab to join Bagan at the top of the league standings if they can pull off a win, it promises to be a must-watch game of football at Ludhiana.