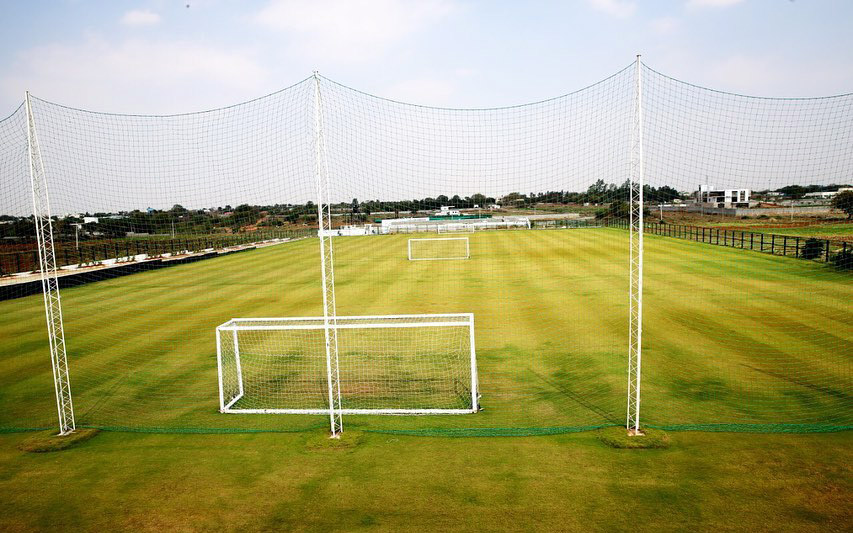 NEW DELHI: Sreenidhi Group, who have been granted playing rights in the Hero I-League 2021-22 onwards have set their sights on a wholesome infrastructural development in the region of Andhra and Telangana, as they look to prepare for their upcoming big test.

In a candid chat on AIFF TV, Sreenidhi Director Dr Taher Mahi Katikaneni revealed that the group has already spent around Rs 50 crores on building the Sreenidhi Football Village in its base in Visakhapatnam, and intends to provide its players with top-class facilities.

“We need to understand that to develop world-class players, we need to have world-class facilities. Without that, development is unlikely to happen. This is one commitment we have taken very sincerely,” Dr Mahi said. “That is something we need to give to the players in order for them to reach their top potential. There is no alternative,” he averred.

The Sreenidhi Group, which already fields its teams in the AIFF’s youth leagues, had begun construction of its football village in Telangana two years back. While the onset of the COVID-19 pandemic has delayed the progress, Dr Mahi remains hopeful that he will be able to make all the facilities available to the players in a couple of years’ time.

“We already have four International standard grounds which are ready. The turf of the third ground is still coming up. It’s been half-finished because of the pandemic. We’ve got everything planned, right from office, gyms, medical rooms, to galleries. By the end of the construction, which will probably take another year and a half, we will be able to give our players a top facility, one that will probably be the best in India,” informed Dr Mahi.

BUILDING A LOCAL BASE

With so much invested in infrastructure, the Sreenidhi Group is aiming to build a result-oriented team for the Hero I-League. However, the long term motive remains to bring through local players.

“We will focus on Indian players, but we also have to keep an eye on the competitive levels, so we will try and get a few quality overseas players too. But if possible, even if it is a small percentage, we would very much like to have a few players from Andhra (Pradesh) and Telangana as well,” informed Dr Mahi.

The Sreenidhi Group director went on to reveal that the business entity had already been offering its youth players with the best possible facilities without any charge in return, in order to reach their target of fielding local players in the senior team.

“We provide them with accommodation, education, transport, medical treatment, and even playing equipment,” he said. “We have our Football Schools Programme, which is open to all the youngsters who want to play the game.”