Pre-season in Kolkata is the best preparation for us: Curtis Fleming

NEW DELHI: The 2020-21 edition of the Hero I-League is set to kick off on January 9, 2021, and RoundGlass Punjab FC have already kicked off their pre-season training on November 9, 2020 (Monday) in Kolkata. The competition will be hosted adherence to the COVID-19 SOPs, which includes setting up of a bio-secure bubble in the city.

Leading the team will be head coach Curtis Fleming, for whom it will be a first-ever Hero I-League campaign and according to the Irishman, having pre-season training in the City of Joy will give the team ‘stability’.

“I think for everybody, training in Kolkata gives us a little bit of stability. We don’t need to be worrying about travelling. Whether it’s an advantage for us to train over here or not, that I can only tell post-January 9.”

“Acclimatization is something that definitely helps but it is only good when people appreciate it and they gather all the knowledge that they can. We are looking forward to the test of playing against some very good established Hero I-League teams,” he told www.i-league.org.

Fleming, a former Republic of Ireland international, shed light on the team’s pre-season plans and stressed on the importance of ‘adapting quickly’.

He said, “We decided that we would travel to Kolkata because we thought it would be the best preparation for us. All the teams have different plans and different ideas, we did what we thought would be the best for us. The players needed to get acclimatized with the conditions in Kolkata, to get the COVID tests done in time, they needed to be in quarantine and that is how we planned.”

“The facilities have been fantastic so far, the hotel, the training – everything has been excellent – and we need to adapt quickly. We all know that it will be difficult for everyone to be staying away from their families for almost six months. But all the clubs need to do the same.” 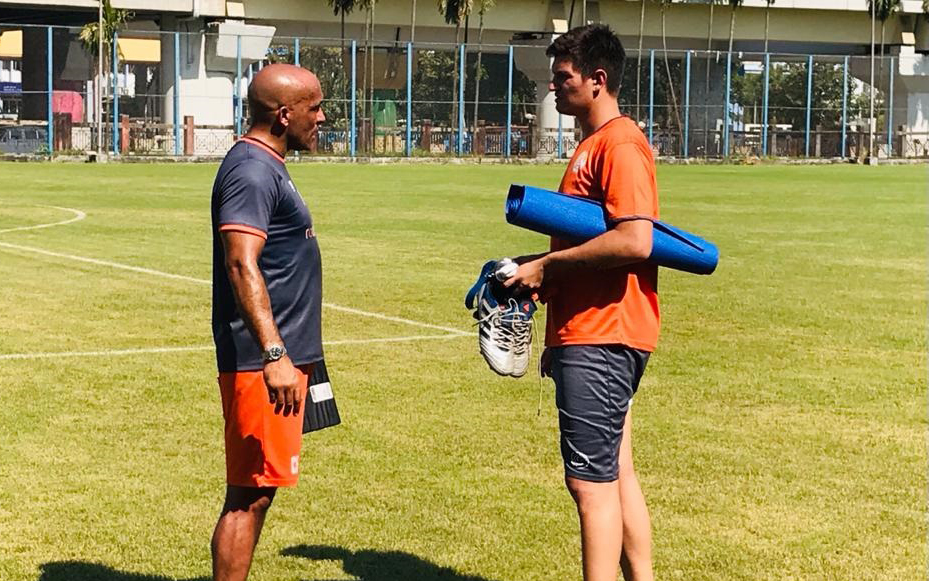 In October, the All India Football Federation (AIFF), in collaboration with the Government of West Bengal and Indian Football Association (IFA), organized the Hero I-League Qualifier 2020 featuring five teams, in line with the COVID-19 SOPs released by the Ministry of Health & Family Welfare, Government of India.

As the teams begin training for the Hero I-League after a period of lockdown, SOPs have been put in place by the AIFF to enable the clubs to resume practice in a smooth manner as Indian football moves forward together.

“The precautions being taken are completely different from what I have experienced in the last 30-35 years. A lot of work has been done behind the scenes with the COVID testing and also in educating them. Everyone has to be safe. We all need to accept this as a priority during the new normal. It’s happening in all parts of the globe and we welcome this change very professionally,” Fleming averred.

The upcoming Hero I-League season will see 11 teams face each other once in the first leg of the league before they are divided into two different groups. The top six teams, according to the points table, will face each other once again to decide the winner whereas the remaining five teams will play against each other in a one-leg league format. The team with maximum points (cumulative points collected from all 15 matches) will be the champion of the Hero I-League 2020-21.

Fleming termed fitness of the players as a ‘critical aspect’ for the coming season and affirmed that the aim of the team is to ‘be competitive’ and play without pressure.

The former Middlesbrough FC man said, “The critical aspect for any coach this season will be fitness. To be successful, every coach wants to field his best XI on the pitch. We will try and make a great team with the talented individuals we have. Thanks to the AIFF for doing an amazing job in organizing the Hero I-League despite such difficult conditions. We are hopeful for a great season ahead.”

“The mood in the camp is full of joy and happiness. It’s wonderful for everyone to get back on to the grass after so long. With the kick-off just two months away, the expectation from us will be to build a foundation. So, it will be baby steps for this team. The players have no pressure on them. All we want is to be competitive. We know that it will be a tough league but we will enjoy the season with positive energy.”