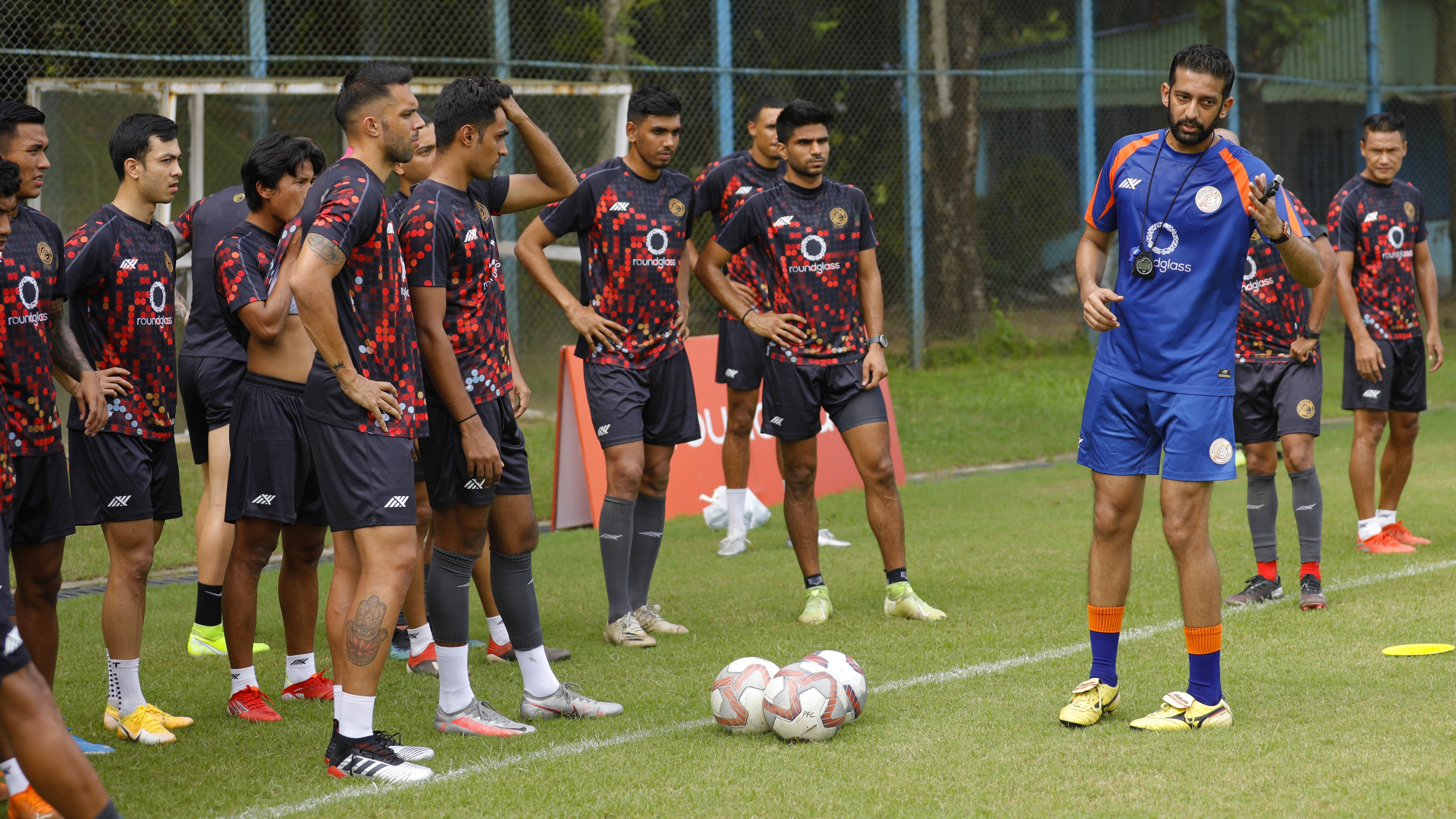 KOLKATA: Promoted side Kenkre FC will take on RoundGlass Punjab FC in Gameweek 3 at the Kalyani Stadium on Tuesday, March 8th at 4:30 PM. Kenkre put up a spirited display on their Hero I-League debut against Real Kashmir and eked out a 1-1 draw. The Mumbai club will face another big challenge from a confident RoundGlass Punjab team, who demonstrated great fighting spirit to come from behind twice to draw 2-2 versus Churchill Brothers.

Kenkre head coach Akhil Kothari was positive after their first point in the league. “We’ve gained a point against a strong Real Kashmir side. We played well throughout the 90 minutes in our first test in the Hero I-League.”

“RoundGlass Punjab will be a tough opposition. We just want to put on a competitive show and focus on our plans,” said coach Kothari about their next opponents.

Defender Nitesh Aswani will be up against his former side Punjab but affirmed that his loyalty lies with Kenkre. “Kenkre is my home team and I’ve played for 6-7 years here. It doesn’t matter who we’re facing, I’ll always give my 100 per cent to Kenkre as I’ve grown up here.”

In the other dugout, RoundGlass Punjab’s assistant coach Floyd Pinto has taken a lot of positives from their draw against Churchill. “The team is in good spirits. We dominated possession, created lots of chances, and scored two goals. We grew better as the game went on.”

17-year-old midfielder Maheson Singh impressed with his cameo in the second half, earning him appreciation from Pinto. “Maheson has experience playing with the Indian youth teams. He is not overwhelmed by playing in the Hero I-League at such a young age. He has all the qualities on and off the ball and that’s the reason he’s a part of this squad.”

Judging by their result against Real Kashmir, Pinto believes Kenkre will not be an easy side to play against, but his team has the quality in the line-up and on the bench to make an impact and get three points.

It will be a special occasion for Pinto who started his coaching career at Kenkre. “It’s good to have a team from Mumbai in the league. Their coach Akhil Kothari was one of the players in my youth teams. Kenkre is a well-run family club with a good set of values and we look forward to facing them,” he said.