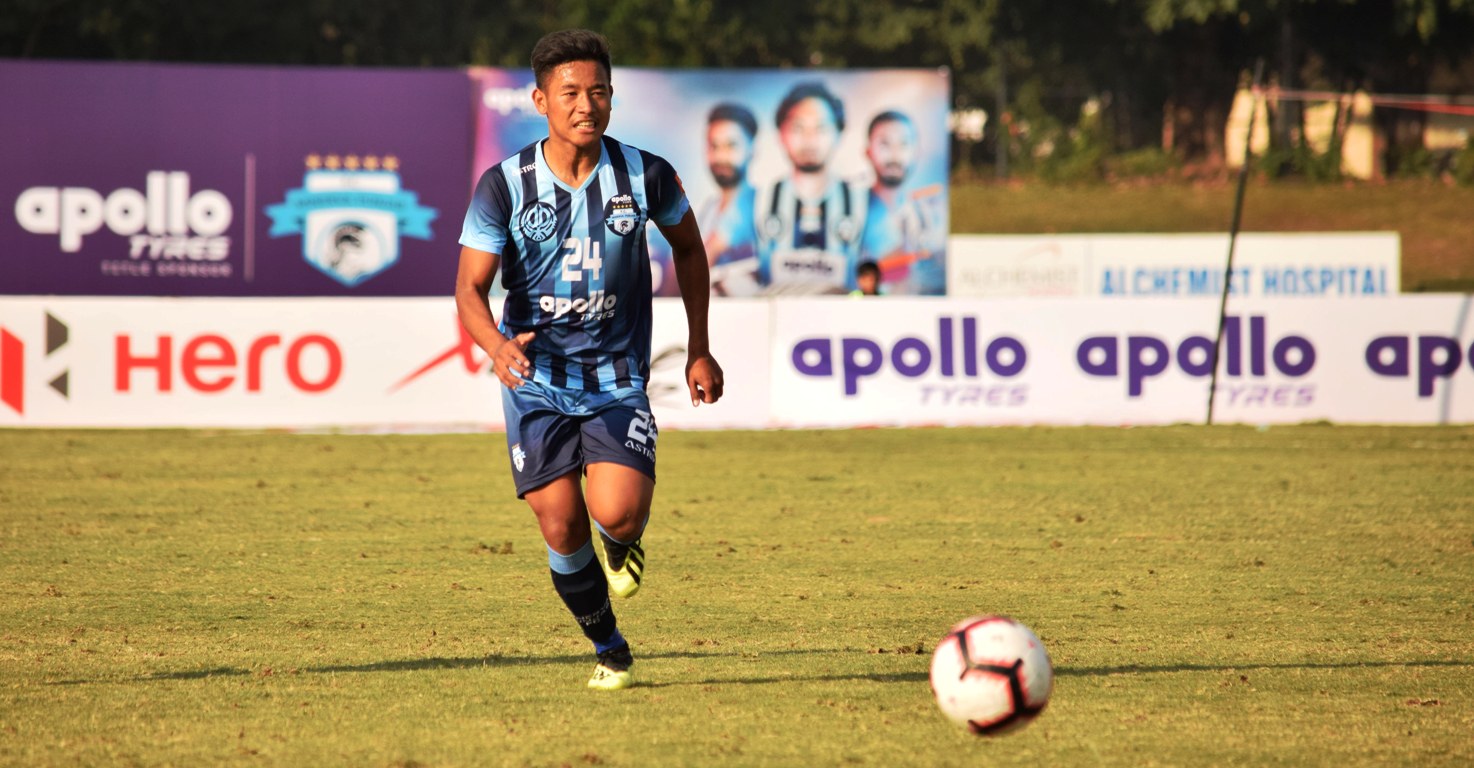 NEW DELHI: 2017-18 Hero I-League champions Punjab FC will definitely be a force to reckon with in the latest edition of the championship and one of the players to keep an eye out for will be young Thoiba Singh Moirangthem, who is already making waves with his performances at just 16 years of age.

He was a part of the India U16 team that reached the quarterfinals of the AFC U16 Championships last year in Malaysia and the side that lifted the SAFF U18 Championship 2019 in September.

At the domestic level, he made his professional debut with Punjab FC in the Hero I-League 2018/19 against the Indian Arrows at only 15 years 11 months old and went on to make seven league appearances in the season.

“Playing in the I-League was a phenomenal experience,” he told www.i-league.org, before adding, “I learned a lot from it and it has made me a better player for sure.”

He spoke about how travelling around the country and sharing the dressing room with highly experienced players has helped him improve in multiple spheres. “I have learned a lot – how to behave in situations, how to be disciplined in terms of my diet and punctuality and managing my rest with all the travel involved,” he explained.

The teenager continued, “Senior players such as Al Amna (Mahmoud) helped me a lot. They shared their experience and guided me on how to play on the field, keep myself fit and develop as a player. Sachin sir (former Minerva coach Sachin Badadhe) also taught me a great deal in terms of tactics and gave me the confidence to play my game.”

Thoiba, who can play in defence as well as a defensive midfielder, stood toe-to-toe against seasoned veterans in the competition and stated that he relishes such battles against physically stronger rivals.

“Alag hi josh aata hai,” he quipped. “I strongly believe that I am as good as them and there’s no reason why I cannot match them. On the night of the eve of matches, I visualize how I will face my opponents so as to gain an advantage on the pitch.”

By virtue of their I-League title victory in 2018, Punjab FC represented India in the AFC Champions League playoff and AFC Cup in the 2018/19 season – with Thoiba featuring in all the games. He also found the net against Nepal side Manang Marshyangdi, making him the youngest scorer in the competition’s history.

Talking about the experience of playing at the continental level, he said, “It was a great feeling. We were representing India – not just our club. Travelling to Iran, Nepal and Bangladesh, and playing there was an incredible learning experience – especially at such a young age.”

He concluded, “I am looking forward to the start of the new season. The whole team is motivated to do well.”