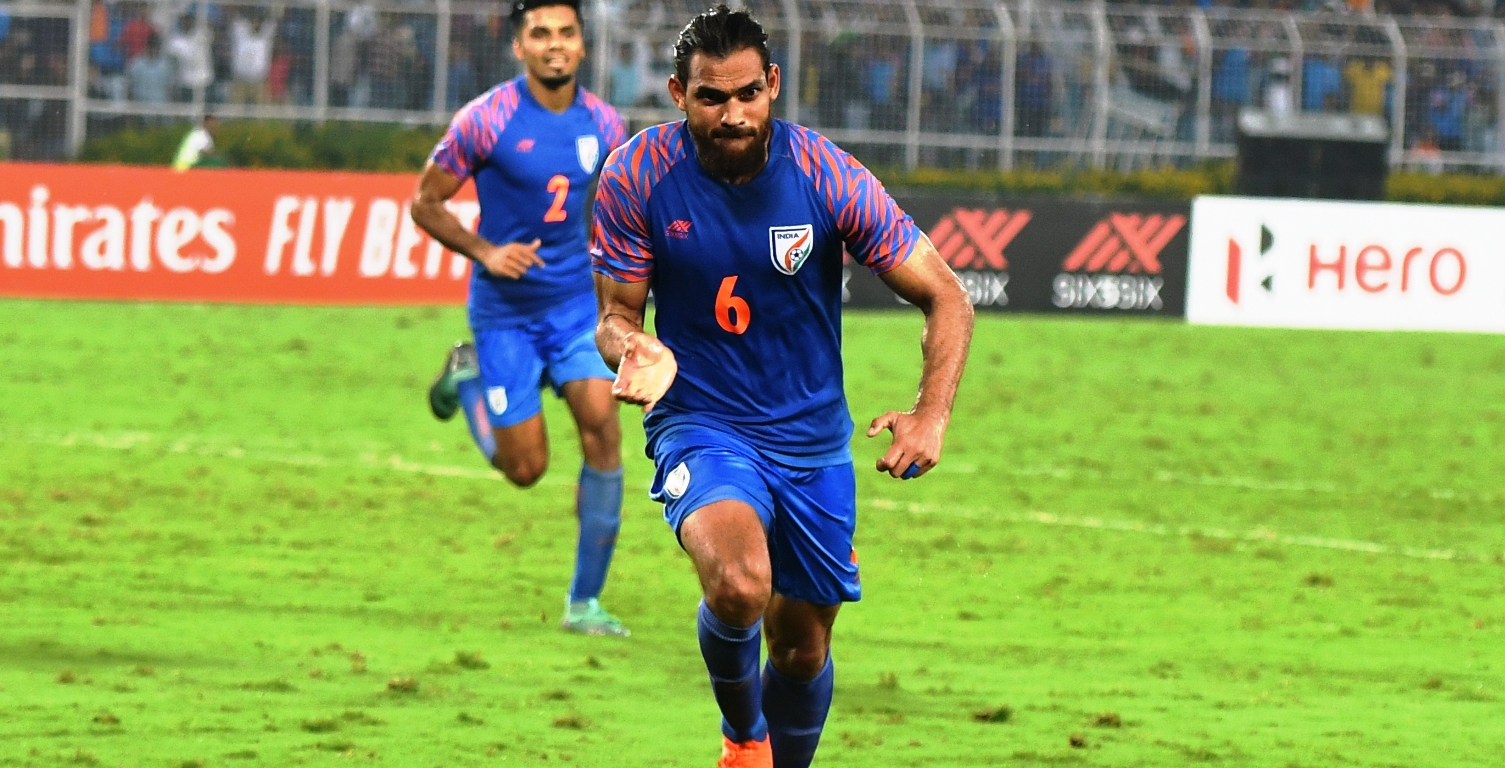 NEW DELHI: It was in 2012 against Azerbaijan that Adil Khan made his senior international debut but due to a spate of injuries, his hopes of returning to the national team appeared to be up in flames. However, like a phoenix rising from the ashes, the 32-year-old made an awe-inspiring come back to the Blue Tigers in 2019, with its foundation being laid in the Hero Second Division League, where he played for Lonestar Kashmir in 2016.

“Playing in the 2nd Division was one of the best decisions I have ever taken in my career. I was playing regularly and getting game time under my belt. It helped me immensely to regain my confidence and then I came back to Goa to play for Dempo and then got the call to the Hero I-League with Churchill Brothers,” Adil recalled in a candid chat with AIFF TV.

“It went step-by-step in a proper way. Playing football is something I love to do and I could never give up on it. Maybe it was my destiny or a result of hard work – I don’t know,” an emotional Adil added.

The versatile defender revealed that despite his critical injury, he was ‘hopeful’ of coming back to the national team fold.

He averred, “I didn’t lose my hopes of playing in the national team for sure. I knew if I play a few good seasons in domestic football, I will get the opportunity to perform in the national team. I want to convey my thanks to Salgaocar, who allowed me to train for one month and helped me regain my confidence. Then, I realized that I still have a lot of football inside me and I wanted to explore and go step-by-step.”

After continuous impressive performances for his club, Adil finally made his way back into the senior national team under head coach Igor Stimac at the King’s Cup 2019 in Thailand, where he featured in a 1-0 win over the hosts – providing the assist for the winning goal and producing a supreme defensive performance, keeping the clean sheet intact.

“I never thought I will make a comeback to the national team after so many years. It certainly ranks as one of the best moments of my career. Sometimes, I get emotional just thinking about all of it and the whole journey,” he said.

Another key aspect of Adil’s game has been his versatility, with him making the shift to centre-back after beginning his professional career as a centre-midfielder. He stated that his youth days prepared him to play in multiple positions and now, his ‘experience’ helps him contribute well to his team’s defence.

“During my academy days, my coach made me play different positions – I started as a striker, and then played right-half, left-half, centre-midfielder and defender. As a junior, I was not a regular starter and was called upon to fill the spot if any senior player was injured or suspended. My coaches believed in me and pushed me to play different positions, and were there for me if I made mistakes.

“They always stressed on the importance of doing the right things and soon, it became easier year-by-year. When I signed my first professional contract, I played different positions. Hence, it has not been difficult to change positions. Right now, I like to play as a centre-back as my experience in that position helps and I can save my energy and use it more to help my team defend,” he explained.

Adil’s journey has been nothing short of inspirational and he stated that being able to inspire the younger generation is one of his ‘greatest achievements’.

“I am happy that so many young players are inspired by me and that is one of the greatest achievements for me. I have not won anything yet in terms of trophies or awards, and I am looking forward to doing so. It’s great to see people’s comments and messages, and I would like to thank everyone for their support,” he smiled.