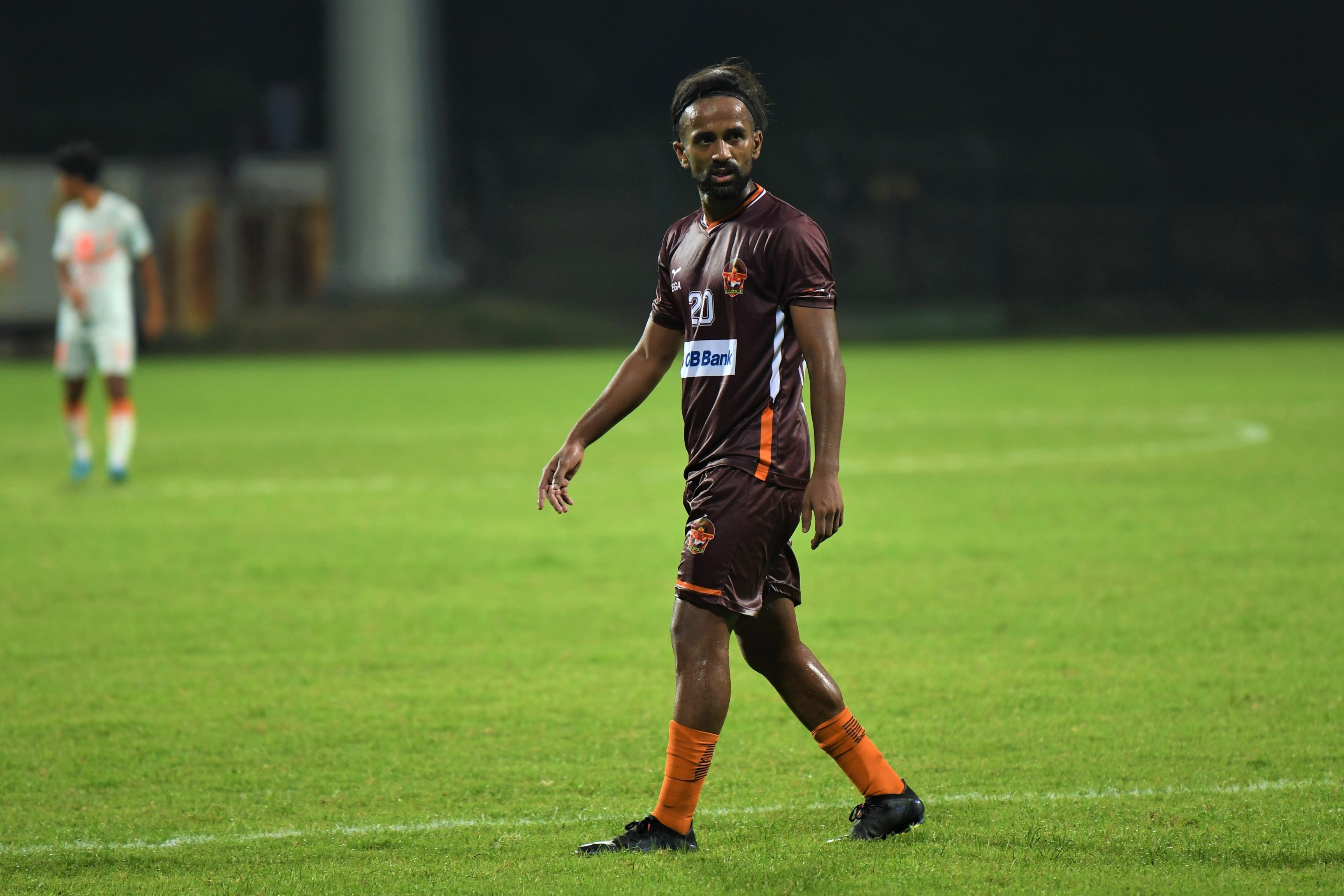 KOLKATA: Gokulam Kerala ended Phase I of the Hero I-League 2021-22 season on top of the table with a victory against RoundGlass Punjab, laying down the gauntlet for the rest of the league having gone unbeaten throughout the campaign, equalling a 12-year-old record in the process.

The protagonists of the Malabarians’ season have been the likes of forward Luka Majcen (league top-scorer with 13), midfielder Jithin MS (top Indian goal-scorer with 4), marauding full-back Muhammad Uvasis just to name a few. But there is also one who has played his part to perfection when called upon, having bided his time patiently.

That is Ahmed Waseem Razeek, the Germany-born Sri Lankan forward who was a late addition to the squad before the Hero I-League restart. Jourdain Fletcher’s injury against Sreenidi Deccan opened the door for Razeek to get a start and it took him all of 10 minutes to get on the scoresheet.

“It was a kind of relief. I was really happy to score so early and give us the right direction. As many of my fellow Sri Lankans were watching the match, I was even happier,” he said,

A mixture of delayed paperwork and injuries meant that the 27-year-old had to wait a while to make his debut but he has now settled into the dressing room and is enjoying training with the likes of Majcen and Fletcher.

“The whole team is profiting from their skills and tactical knowledges. Luka’s power, Sharif’s (Mukhammad) calmness with the ball or Fletcher’s speed. That gives us a huge impact and very helpful for my performance as well,” he said.

“I’m really lucky considering how the team welcomed me. The communication with every player felt easy for me. As I speak Tamil, I had an advantage here too,” added Razeek.

The wide forward started his career in the youth system of Union Berlin, who are currently flying high in the German Bundesliga, and then plied his trade with other clubs in the third and fourth tiers of German football.

“Compared to other footballers in Germany, I started playing late. I joined a small club at the age of 9 and later, when I was selected for the Union Berlin team, I felt pressure from the surroundings and told to myself to work harder and make it as my aim,” he said.

Although he had been called up to represent the Sri Lanka men’s national team earlier in his career, delay in paperwork again prevented him from doing so. He finally made his international debut in 2019 against Turkmenistan in FIFA World Cup 2022 qualifier.

“My father and my best friends – Barsith and Rizvi – helped me out through their contacts in Sri Lanka so my first goals for the national team were more or less for them. I hope to achieve more like qualifying for the AFC Asian Cup to make our Lankan fans proud,” said Razeek.

Having since scored 9 goals for the national team (including 4 in one game against Maldives), Razeek has set his sights on winning silverware with Gokulam Kerala.

“My aim is definitely to win the Hero I-League. We also want to achieve as much as possible in the AFC Cup and for sure, I will always give my best for the team and the club,” he concluded.